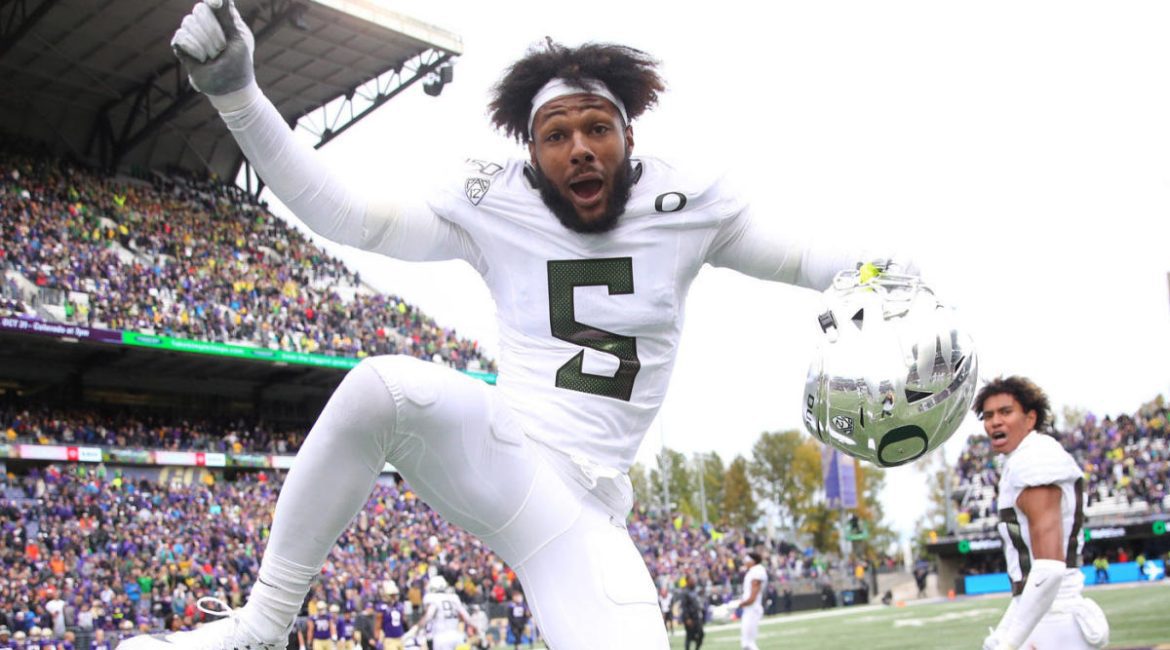 With the draft under a month away, the Jets are closer to putting their ample draft capital to use. Having five selections in the top 100 picks of the draft, the Jets are in a prime position to improve the core of their team. This is a draft class that Joe Douglas must hit on, as the team needs these selections to contribute at multiple positions of need. The 2022 NFL Draft will shape the Jets future play, whether that will be for better or for worse remains to be seen.

Keeping in the spirit of this part of the off-season, this will be a four round mock draft for the Jets. The selections will be the 4th, 10th, 35th, 38th, 69th, 111th, and 117th picks in the draft, and no trades will be involved in this mock draft. While I may include them in a future mock draft, this draft will be a scenario in which the Jets do not move from any of their picks.

Using PFF’s Mock Draft Simulator, these were the results of the draft:

With Aidan Hutchinson, Ikem Ekwonu, and Kyle Hamilton all selected before this pick, the Jets selection becomes very clear. Thibodeaux is one of the highest upside edge-rushers, if not players, in the entire draft. His athleticism is considered to be explosive and he had seven sacks with 12 tackles for loss this past season. Thibodeaux would be a great fit alongside Carl Lawson on the Jets defense, giving the defense two legitimate edge threats.

Filling another need on the roster, London gives the Jets a true jump-ball threat at the wide-receiver position. London provides size that no other receiver currently on the roster has and is also a solid run blocker. Despite questions about separation and long speed, London has the ability to break and miss tackles; he ranked 33rd in yards after catch and 6th in missed tackles forced, according to PFF, in only eight games played. In terms of his fit with the Jets, London has experience playing all three WR positions, which is important in Mike Lafleur’s scheme. His run blocking ability also meshes very well with the wide zone scheme the Jets run.

With their first pick in the second round, the Jets go with Brisker to fill their other starting safety position. Brisker has all around talent at the position, being able to play in the box against tight ends and the run game and over the top as a roaming safety. In 2021 at Penn State, Brisker had an 82.4 overall PFF grade and a 46.8 allows passer rating. He needs to clean up his tackling a bit, as he had 10 missed tackles last season. Despite this, his range in the run game and talent against the pass would make Brisker a chess piece on the Jets defense and a nice fit alongside Jordan Whitehead.

Muma brings the versatility and scheme fit that the team needs at the linebacker position next to C.J Mosley. Recording a 40” vertical jump and a 129” broad jump at the 2022 NFL Combine, Muma has the athleticism that will be vital at the next level. He is a force in the run game, having a 91.1 run defense rate according to PFF. Muma was also a two year captain for the Wyoming defense and called the plays for them in that time span. The Jets are also familiar with Muma, as he was on their roster for the National Team at the Senior Bowl.

Filling a potential need on their offensive line, depending on Mekhi Becton’s health and production, Lucas adds pass blocking prowess to the unit. He ranked as the most efficient pass-blocking tackle in all of college football, according to PFF, with a grade of 99.9. Lucas also allowed zero sacks in 477 offensive snaps in 2021. His combine performance, including a 4.92 40-yard-dash, 7.25 three cone, and a 4.4 second 40-yard shuttle, indicate that Lucas would be able to fit in with the zone-run scheme the Jets run.

Coming from the same school as Zach Wilson, Allgeier brings a powerful style that no other player currently on the Jets has. He ran for over 1,000 yards in back to back seasons at BYU, embracing contact and getting tough yards with each run. Already having a elusive, explosive back in Michael Carter, Allgeier would be a great compliment as the Jets’ short-yardage back.

Britt provides another depth option at the position to help supplement Bryce Hall and Brandi Echols. His 4.38 40 yard dash time at the NFL: Combine reinforced his long speed as a cornerback, showing that he will be able to run with receivers at the next level. Britt provides value in the passing game and run game; he is able to be physical in attacking the ball on the ground and is versatile enough to play on the boundary and in the slot. For the Jets, he would provide immediate depth at the cornerback position while also having the potential to develop into a starter down the road.

There are many avenues the Jets can go in this year’s draft, and there are multiple options for the positions of need that the team has. This mock has taken one route to fill these holes, but there are many different ways to make sure that the Jets have a successful draft. Ultimately, we will know for certain who the Jets are picking with in a few short weeks. Until then, it will be a guessing game of filling needs at different positions and hoping that the Jets ensure those holes are fixed.