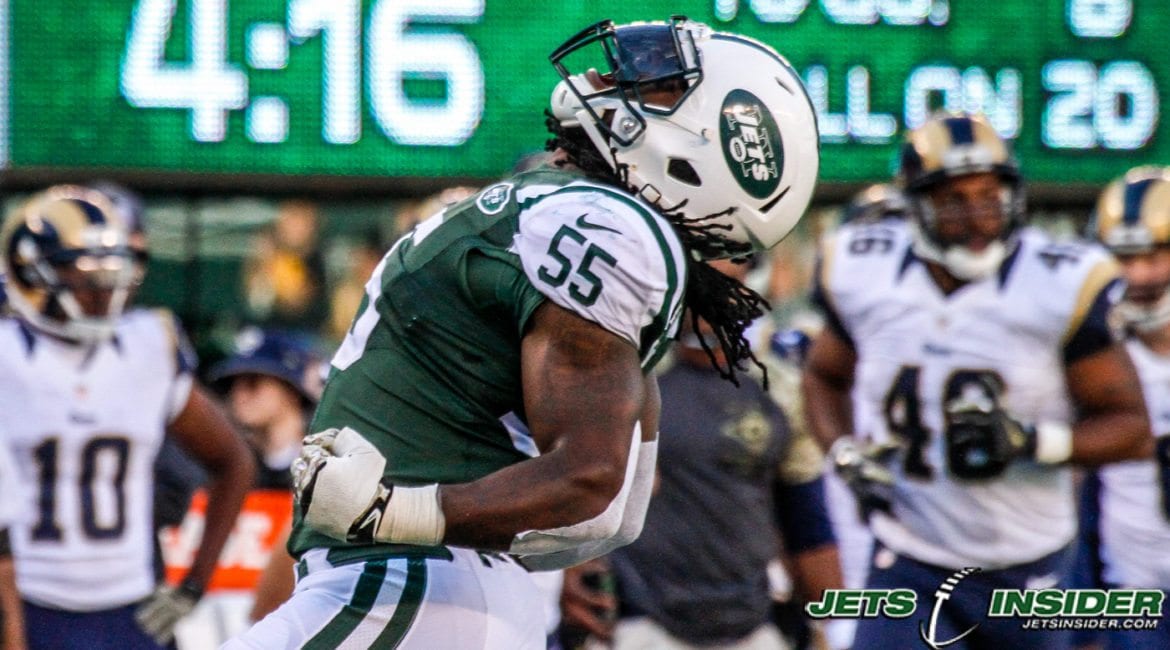 On June 11, the New York Post reported that New York Jets linebacker Lorenzo Mauldin allegedly assaulted a man at the Highline Ballroom in New York City. According to NYP sources and the lawsuit the victim Jean Lopez filed, Mauldin battered Lopez after he spilled Champagne on him at the nightclub.

The victim filed a criminal complaint the following day at the 10th Precinct, however, could not identify his attacker. Mauldin – of course – has distinguishable tan dreadlocks. The Jets linebacker’s lawyer told the NYP that Mauldin was “not involved” and that he has “a very strong case.”

While Mauldin waits for a verdict on these pending legal issues, his primary focus is on the upcoming 2017 season.

At 24 years old, Mauldin is entering his third professional season in the NFL. In his rookie year, the linebacker was used primarily as a situational pass-rusher but saw more playing time in 2016 while starting three games for the green and white. He registered 16 combined tackles, 2.5 sacks and one interception in 11 games.

Last year, Mauldin suffered an ankle injury in a Week 12 tilt against the New England Patriots. It forced him to miss the final five games, ending his season prematurely. He received word it was a high ankle sprain and a partially torn ligament but did not need offseason surgery.

He entered last year with the goal to add more muscle and strength with improved coverage skills as a linebacker. Now, Mauldin has been insisting he wants to play with more speed to be a more dominant force when lined up on the outside – a position the Jets have desperately needed to discover.

If these allegations prove false, Mauldin should have the wherewithal to take his game to the next level this season. Head coach Todd Bowles has been waiting to see that from his former third round pick (82nd overall in the 2015 NFL Draft). Of course, it will also be up to Bowles to design a defensive scheme where Mauldin can maximize his potential while keeping his four talented defensive linemen: Sheldon Richardson, Muhammad Wilkerson, Leonard Williams and Steve McLendon, on the field.

Keep in mind New York also drafted two talented linebackers in Darron Lee and Jordan Jenkins a season ago. However, with David Harris now a member of the Patriots, Mauldin is looking at this as an opportunity to showcase everything Harris taught him and mature as a football player.

“[Harris] is a great guy,” Mauldin said. “He brought so much tenacity to the defense. He brought the smarts. He brought the brains. He was our lead guy when it came to making plays. Now it’s up to the younger guys to step up and take over.”

New York will be relying heavily on youth this upcoming season. The average age on their roster is 25.3 years old.

To hear more of what Mauldin had to say about his legal trouble and the upcoming season, click the video above.