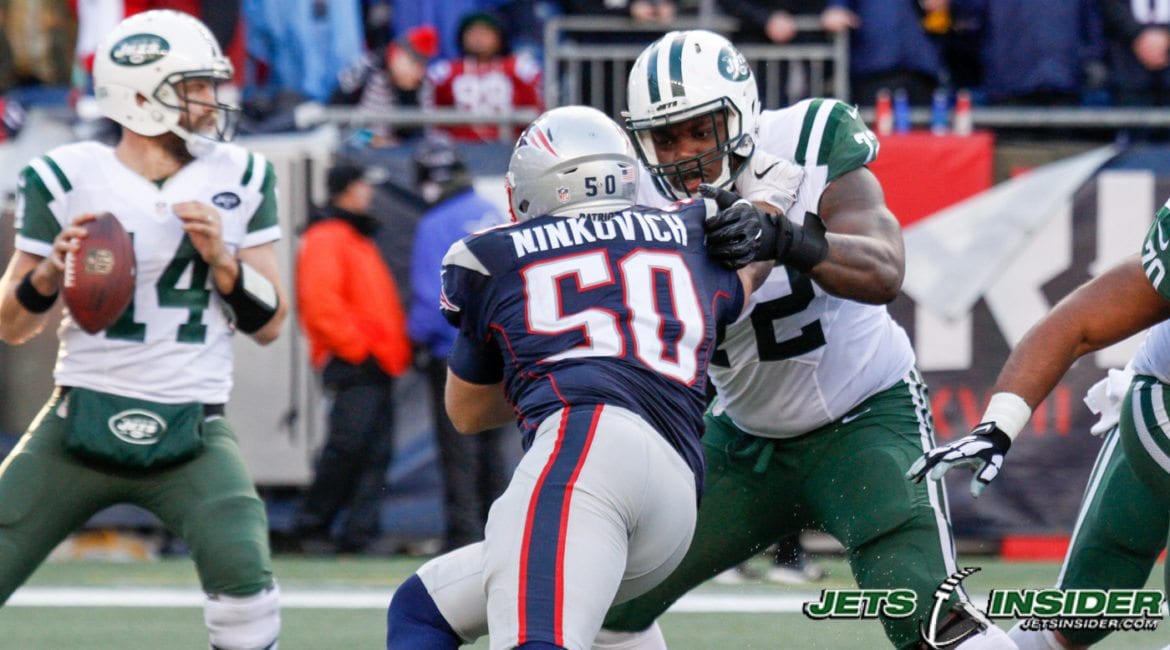 Brandon Shell knows what it’s like to deal with challenging times in life during the holiday season. He grew up in a household where he wasn’t fortunate enough to get all the things he wanted. While his friends played with their new toys, footballs and showed off their new jerseys, Shell watched from a distance because finances were tight.

From that point on, he vowed to never make another child feel that same way during the holiday season.

On December 12, Shell and some of his New York Jets teammates partnered with NYPD officers from the 75th Precinct in Brooklyn, NY to shop with 25 students from Brooklyn Community Services Generation Jets Academy. In an effort to strengthen community bonds, these players and police officers hosted a holiday shopping spree at Modell’s Sporting Goods in Bridgewater, NJ. It’s an event that has occurred each year for the past 13 years.

Each student received a $200 gift card, provided by the New York Jets and Modell’s Sporting Goods, to shop for the holidays. Their faces lit up like a Christmas tree.

“Some things their parents just can’t do for them,” Shell said. “Sometimes they can’t have what they want. Seeing them get what they want in the store, I know they were happy inside, I know that feeling, it’s a blessing.”

The 25 students received the opportunity to participate in the event for their performance in the Jets Play 60 Challenge. It’s a valiant cause the Jets support, keeping children active while making sure they aren’t forgotten during the season of giving.

Since its creation in 2002, Generation Jets Academy’s goal is to provide young students with enjoyable learning experiences that enhance their literacy, math skills, creativity, community awareness and self-esteem. Many of these children learned through this experience that there is a reward for doing what they need to do positively in life.

“It was a great experience just to see those kids smiling and happy,” Shell continued. “I know that feeling, so it really touched me.

“I like doing stuff with the kids, whether it’s back at home (in South Carolina) or up here. To be able to give back to them, seeing them run around, it’s a wonderful feeling.”

As the children ran up and down the aisles at Modell’s, it brought back plenty of memories for 26-year-old Brent Qvale. Not too long ago, Qvale roamed the sporting good stores of North Dakota, where he grew up, in search for his favorite jersey. Now, he was awarded the opportunity to help a child in need.

“Going back to a sporting goods store, it’s been a while,” Qvale laughed. “Seeing all the jerseys, it took me back. I just hope the kids had so much fun. I know I did. It was just awesome to see how they reacted when they learned about going on the shopping spree. Seeing their faces light up, just being able to help them out and have fun with them during the holiday season was great.”

In addition to Shell and Qvale, Jeremy Clark, Dakota Dozier, Matt Forté, Jalin Marshall and Eric Tomlinson joined the young shoppers as they ran up and down the aisles in search for their next gift to a family member or themselves.

“A cool thing was, a lot of them were getting presents for their brothers or sisters,” Tomlinson said. “That kind of shows you what kind of kids they were. It was awesome to interact with them and the police and see where they live and what happens in their daily lives.”

This event was the gift that truly kept on giving for the Jets and the 25 students they touched. It worked both ways. While the children had the opportunity of a lifetime to spend $200 on anything they wanted at Modell’s, the Jets took a break from the football grind to take a breath and appreciate the giving spirit of the holiday season.

“It’s really a good partnership (with the NYPD),” Qvale said. “Coming together and helping young kids in the community and letting them have some fun and pick out new things for Christmas. That was great.”

While a football season could be filled with peaks and valleys of emotions, there was no lack of positive vibes at Modell’s in Bridegwater on December 12. These players thought about their roots. Some were less fortunate than others. However, all were united in the common belief that no child should be forgotten during the holiday season.