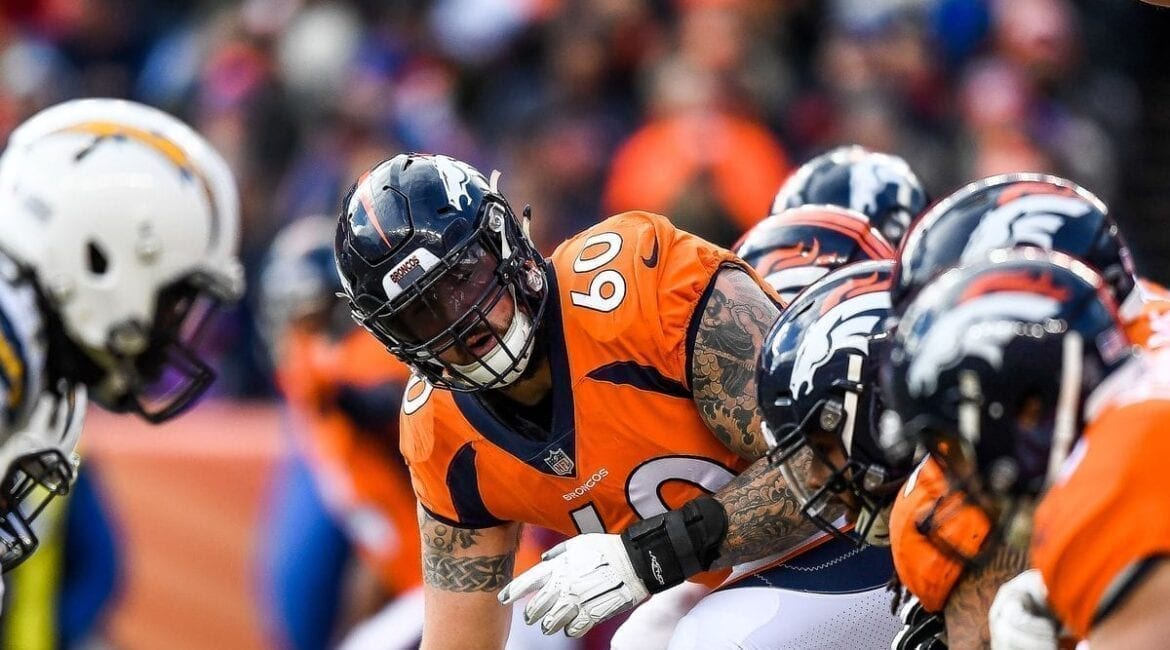 After diving into the backgrounds of high-profile free agent linemen Brandon Scherff and Jack Conklin, we continue with a lesser-heralded option up front: Broncos center Connor McGovern.

Center is as big of a problem as any spot on the Jets’ offensive line. The four players who have followed Nick Mangold — Wesley Johnson, Spencer Long, Jonotthan Harrison, and Ryan Kalil — have each ranked outside the top-35 (out of 39 qualifiers) in Pro Football Focus’ overall grade in their respective seasons manning the middle for the Jets. Miscommunications have been frequent, pressure up the gut has been aplenty, and room to run down the middle has been nonexistent.

Watch for yourself how bad things have been since St. Nick called it quits:

Whether it be through free agency or the draft, it is about time the Jets make a big move at center. Connor McGovern is one of a few solid players set to hit the market. Let’s take a look what he offers.

McGovern did not play in his 2016 rookie season, but played 15 games in 2017, starting the final five games at right guard in place of the injured Ronald Leary. He struggled mightily, posting the worst PFF grade (49.2) among 74 qualified guards that season.

The following season, McGovern became the Broncos’ starting right guard. He stayed healthy for all 16 games and put a lot of mileage on his tires, logging 1,056 snaps. McGovern got off to an auspicious start, ranking 18th out of 68 qualified guards in overall PFF grade (70.2) through the first eight weeks of the season.

During Denver’s Week 9 game against Houston, starting center Matt Paradis’ season came to an end due to a fractured fibula. McGovern filled in for Paradis at center, and would start the remaining eight games at the position. McGovern had played 109 preseason snaps at center over his three years in the NFL, but he had never played the position in a regular season game, neither in the NFL nor at Missouri. Predictably, the transition was rough, as McGovern was graded as the second-worst center in the league (46.8) over the final nine weeks of the season.

McGovern won the starting center job heading into 2019, and took a major leap forward. He was graded the 10th-best center (71.5) out of 35 qualifiers, placing fifth in pass protection and 19th in the run game. He was also the only qualified center in the league to go the entire season without committing a single penalty.

McGovern is a swift athlete, and he frequently shows off the mobility that made him a successful run-blocker at guard. Check out this impressive block by McGovern, who skips out to the three-technique and seals him inside. Great range, setting up a successful outside run.

Center is a position where the Jets could be best off looking for their man in the draft. There are solid options like McGovern, Ted Karras, and Matt Skura set to hit the market, but none of those guys are stars, so they could end up being vastly overpaid. The middle tier is where teams often lose free agency, giving players with merely decent track records more money than they deserve just to fill a hole.

To boot, teams generally are able to find their center in the later portion of the draft. Of the 25 centers to start 10-plus games in 2019, the most common draft round among them was the sixth round (seven), a group that includes stars Jason Kelce and Ryan Jensen. Only five of the bunch were drafted in the first round, and none were taken top-16.

However, fixing the center position, and the offensive line as a whole, is priority 1A. It is not prudent to enter the draft with the mentality that at some point you have to pick a player at a certain position to fill a starting spot. As long as McGovern’s cost does not go too overboard for one season of solid play, the Jets should be in the running (same goes for the other starting center options).

With that said, even if the Jets do sign their starting center in free agency, they need to keep the position on the table come days two and three of the draft.