Garrett Wilson Breaks Out and Seals An Improbable Jets Victory 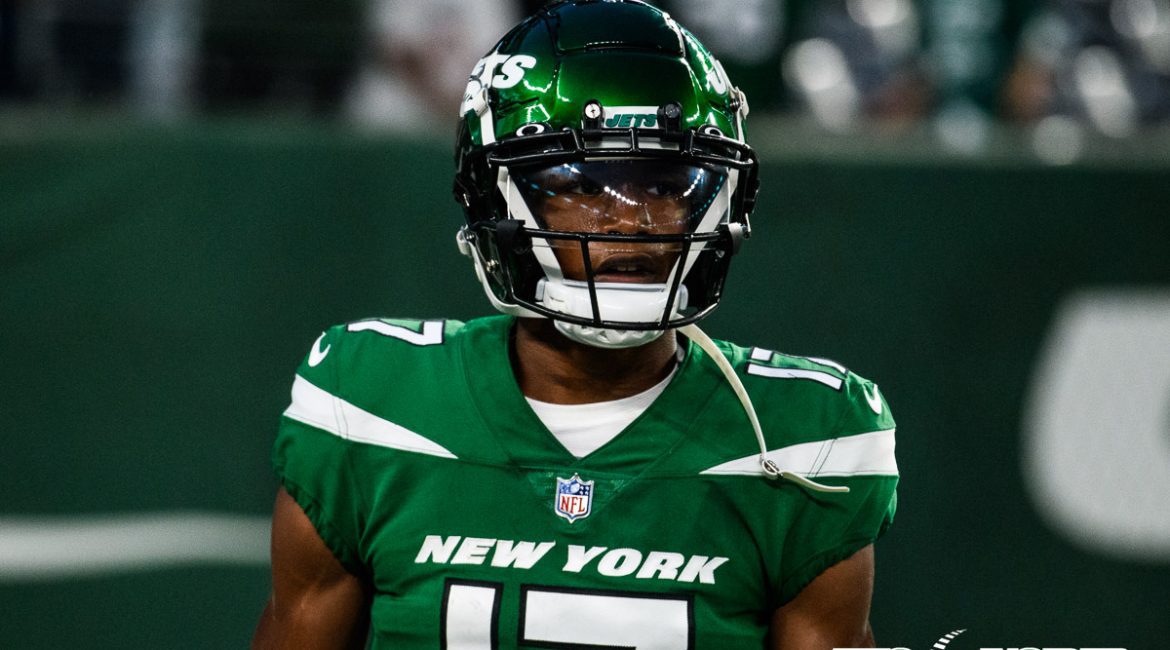 Heading into the 4th quarter of Week 2, it seemed like the Jets were heading to another loss. While the offense flipped the script from last week, the Jets’ defense struggled to contain Nick Chubb and Amari Cooper, allowing Cleveland to score 30 points. After Chubb scored his third touchdown to make it a 30-17 game, it seemed just about over. The discourse surrounding the Jets was going to be negative once again. An 0-2 start would have prompted more questions about the direction of the team and their ability to put everything together in one game.

Strange things tend to happen in the NFL, though. Against all odds, the Jets ended up pulling off one of the best comebacks in recent team history. It started with quarterback Joe Flacco finding Corey Davis down the sideline for a 66-yard touchdown, leaving 1:22 on the clock. It was busted coverage on the Browns’ part, who somehow left Davis wide-open for the long touchdown.

The Jets then executed a perfect onside kick to get the ball back, setting up an opportunity to go tie and win the game. Punter Braden Mann had a nice kick, allowing safety Will Parks to hit Amari Cooper and cornerback Justin Hardee to recover the kick.

Flacco then executed the offense nicely in the two-minute drill, hitting multiple targets underneath to get the Jets into the red zone. On the eighth play of the drive, Flacco fired a 15-yard touchdown pass to rookie wide receiver Garrett Wilson to tie the game. The Jets then sealed the victory with an Ashtyn Davis interception, bringing the team to 1-1 and snapping a September losing streak that dated back to 2018.

There were plenty of positives and negatives from the game against the Browns. Flacco had 307 yards and 4 touchdowns, drastically improving on his performance from last week. The offensive line held up much better against a front seven that had Myles Garrett and Jadeveon Clowney. Breece Hall had a receiving touchdown and Carl Lawson had a crucial sack. On the negative side, the linebackers were worse than last week and the run defense was not great.

But despite all of the positives and negatives, the Jets won the game. And in this victory, no one stood out more on either side of the ball than the aforementioned Garrett Wilson. On the day, Wilson had eight receptions for 102 yards and two touchdowns. Cleveland had no answer for Wilson, as he showed his excellent route running and an uncanny ability to get open. Wilson received a 78.0 receiving grade from PFF, and according to Mike Clay of ESPN, Wilson leads the NFL in expected touchdowns at 3.5.

Wilson’s teammates and coaches had nothing but praise for him after the impressive performance.

Head Coach Robert Saleh said Wilson is a “dynamic football player” and that he did a nice job in the game.

Saleh added, “Obviously, he has a couple of things that he needs to clean up, especially there in the fourth quarter, but again he showed resolve. He got that big touchdown at the end. He’s going to be a stud for a long time.”

Regarding Wilson, Flacco said that he has known that “The lights aren’t too big for him, that he has already grown up and is capable of playing in this league.” Corey Davis said, “Garrett is a dog. He’s a great wideout, a real great dude, prepares really well each and every week. Today he came out and showed what he can do. I think he can do a lot more.”

Wilson breaking out very early into the season is a pleasant surprise for the Jets. He adds to the likes of Corey Davis, Elijah Moore, Tyler Conklin, and both Breece Hall and Micheal Carter; all of these players have already contributed in one way or another this season. As a result, the Jets have a stable of offensive players that could help make the offense productive week after week.

Over the next few weeks, the Jets will most likely transition from Joe Flacco back to second-year quarterback Zach Wilson. A lot of questions will be asked about Wilson getting back up to speed and how that will affect the Jets’ offense going forward. But if Garrett Wilson can continuously display the above-average, top 10-pick ability he showed on Sunday, then it will not matter who is starting at quarterback for the Jets. Garrett Wilson is a key, if not the main key, of a Jets pass-catching group that has looked impressive, and if he continues to perform as he did on Sunday, then there will be plenty more positive things to say about both Wilson and the Jets offense this season.