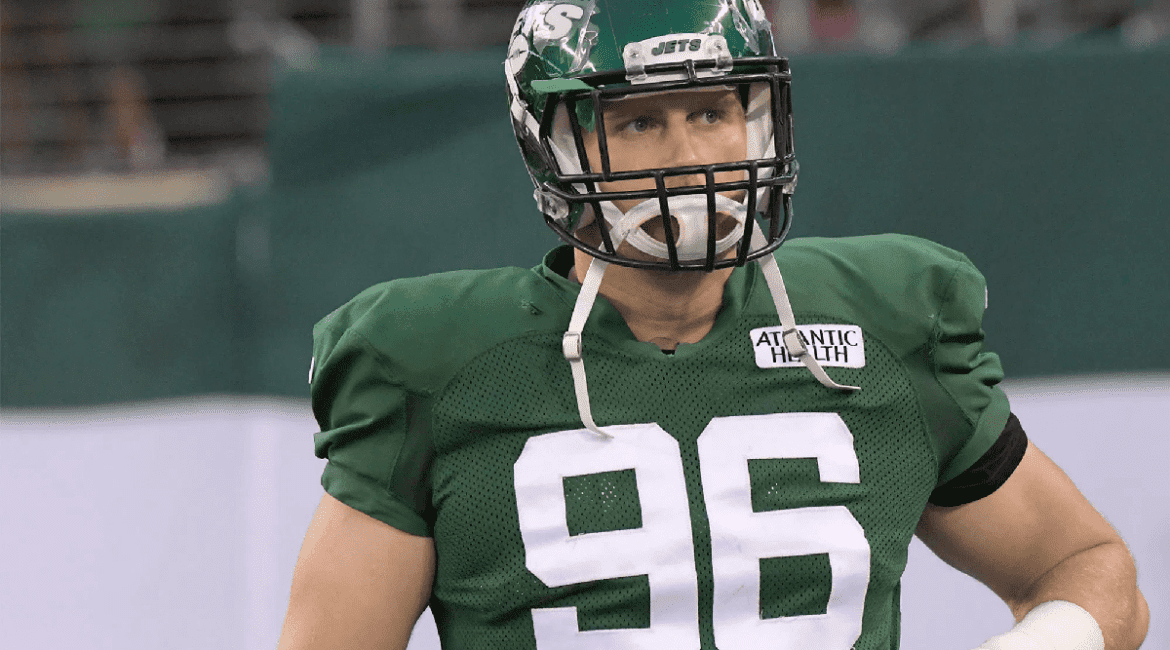 Henry Anderson burst onto the scene in 2018, picking up seven sacks, 16 quarterback hits, and a total of 48 pressures. The Jets rewarded him with a three-year, $25.2 million deal, locking up another piece of their defensive line.

In the box score, Anderson had a highly disappointing second season with the Jets, as his pass rush numbers saw dramatic dips. Anderson posted one sack, nine quarterback hits, and a mere 18 pressures in 2019, a far cry from the impressive totals he posted in his first season as a Jet.

However, I think Anderson still brought a lot of value to the table that went unnoticed by the statsheet. The Jets fielded arguably the best run defense in football (ranking first in EPA and second in DVOA), and Anderson was a crucial part of that success.

Let’s take a look at some of Anderson’s sneaky contributions against the run.

Anderson spent a lot of time at defensive end in 2019, where he did an excellent job setting the edge. The 301-pound Anderson drew a good number of matchups against tight ends, which he regularly dominated.

The following plays are good examples of how Anderson consistently used his size advantage to obliterate tight ends and shut down the outside running game. On this play, Anderson steamrolls 245-pound rookie Hale Hentges into the backfield, peeling off to help bring down Adrian Peterson. Steve McLendon (lined up over right guard #75 Brandon Scherff) also does great work here.

Mike Gesicki tries his hand at blocking Anderson. It doesn’t go all that well.

Anderson moves swiftly for a man his size. That twitchy athleticism is what allows him to play the edge effectively in the run game despite carrying a much larger frame than usual for the position.

Anderson flashes that athleticism on this play against the Raiders. He explodes off the ball and mauls Darren Waller (#83) towards the inside, forcing Josh Jacobs to bounce the run outside. Anderson then peels off and helps to finish off the tackle, stopping on a dime and smoothly changing direction. Notice Quinnen Williams’ tremendous initial penetration against Rodney Hudson (center, #61), which is the primary reason this run results in no gain.

Anderson’s athleticism enabled him to make plenty of noise from the inside as well. Lined up as the 4i technique on this play against Buffalo, Anderson puts on a sweet spin move to bring down Frank Gore for the third down stop.

Here, Anderson lines up on the edge and attacks the right guard (Scherff, #75), creating strong penetration that leads to a stuff on Peterson.

With a dearth of talent on the edge and plethora of it on the inside, the Jets needed Henry Anderson to move out of his comfort zone a bit and take on some dirty-working roles outside. While that hurt his pass rush production, Anderson handled his duties well, contributing strongly to one of the best run defenses in team history.