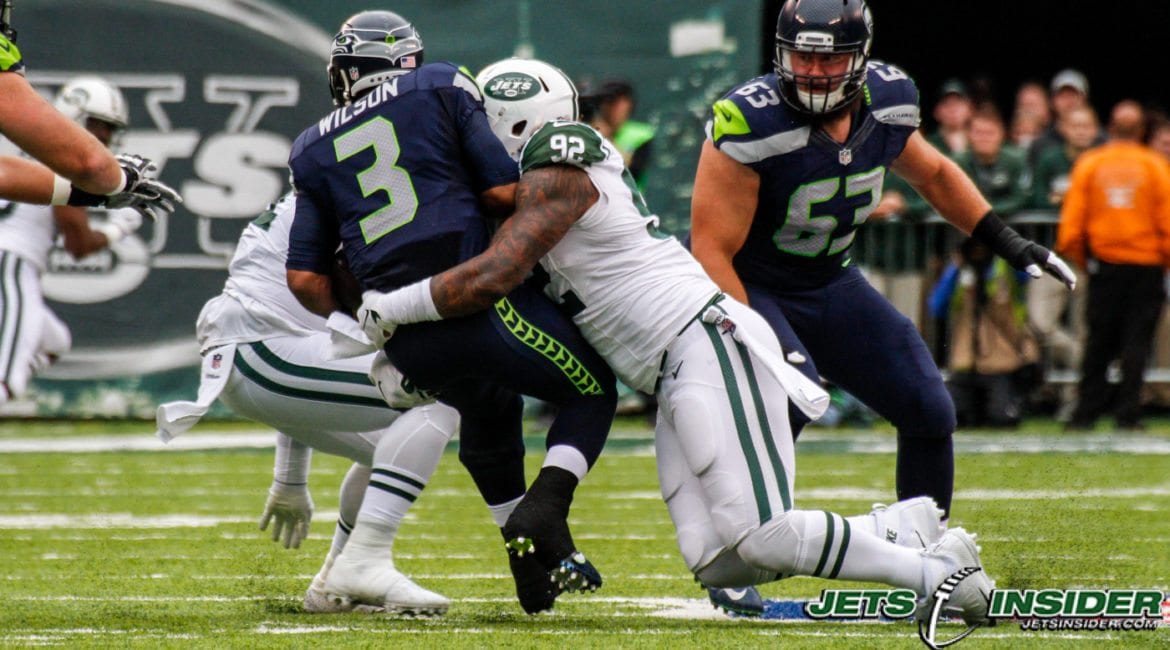 Florham Park, NJ – Having a strong defensive line is something that the New York Jets are accustomed to. The New York Sack Exchange, consisting of Mark Gastineau, Joe Klecko, Marty Lyons and Abdul Salaam, are the best group of defensive linemen assembled by the Jets. John Abraham and Shaun Ellis terrorized quarterbacks when the Jets drafted them in the early 2000s. So when New York put together Muhammad Wilkerson, Leonard Williams, and Steve McLendon, expectations were high.

Unfortunately, those expectations haven’t been met in 2017. The Jets have 7.0 sacks this season, which is second to last in the NFL with only the Tampa Bay Buccaneers below them. None of those sacks have come from either Williams, Wilkerson, or McLendon. Defensive coordinator Kacy Rodgers spoke about the lack of sacks from the defensive line.

“I think sacks just come,” he said. “Sometimes they come in bunches. I’ve been a front coach for a long time, sometimes you can be (at) zero, the next week you can have six.”

“It doesn’t define my game,” Williams said. “That single stat doesn’t show who I am as a player, and my teammates know how hard I come to work every day and take care of my game. I am helping out the team.”

It’s admirable that Williams is more team-oriented than focused on stats, but sacks mean a lot more than just tackling the opposing quarterback. It means the defensive line is putting pressure on him, which will force him to make bad passes. If he forces passes, they’ll either be incompletions or interceptions. So sacks are more than just a stat. They’re game-changers that can render a pass offense ineffective.

Getting a sack will be no easy task for the Jets against the Miami Dolphins. Miami is tied for eighth in the NFL with 10 sacks allowed. Williams, however, understands that Jay Cutler can make bad throws if enough pressure is put on him. Putting pressure on Cutler will be one of the keys to victory for New York.