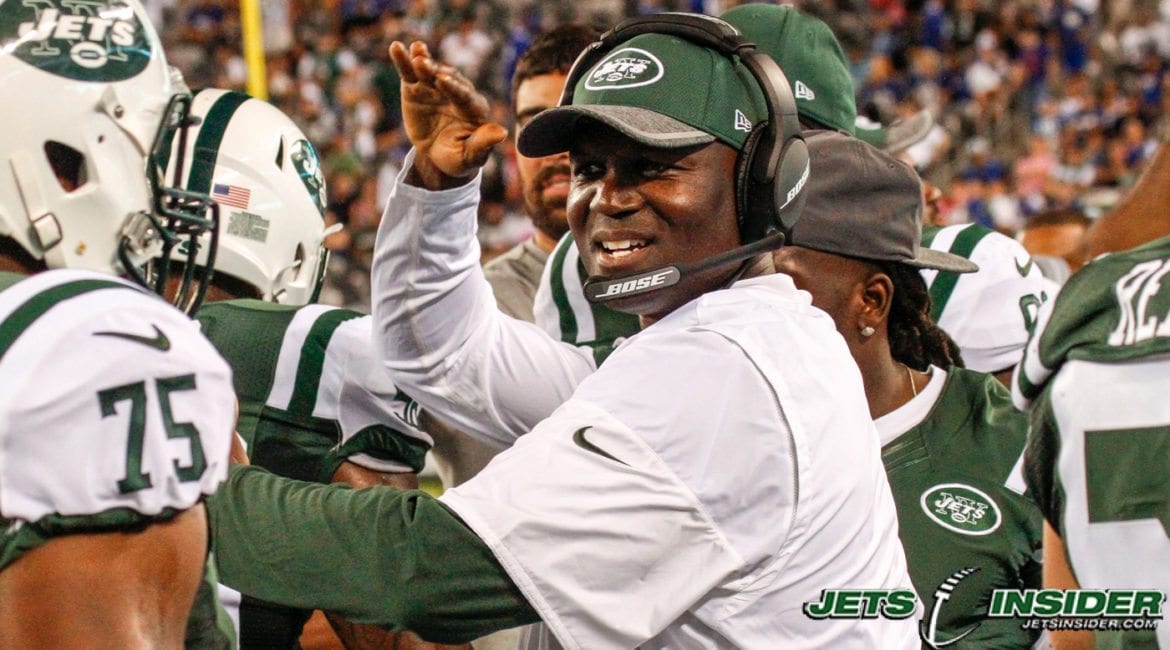 Florham Park, NJ – With one game still left in the season the Jets got their first order of business for the offseason out of the way as they officially announced that the have extended both Mike Maccagnan and Todd Bowles.

“We are very happy to have extended both Mike and Todd. During their time here, they have worked together to help the organization build a foundation on which to grow,” Jets CEO said in a statement released by the Jets. “They are identifying, developing, and getting productivity out of our players. I believe we are headed in the right direction. This provides us continuity and stability as we continue to move this team towards sustained success. We still have a lot of work to do and I am excited to work closely with both of them as we move forward,”

It’s been clear that this was going to happen for awhile now, fans don’t have to agree with the decision but they should have seen it coming. With Woody Johnson serving as the Ambassador to the U.K. it was safe to assume that the organization would want to steer clear of any huge shakeups for the time being and considering the incredibly low expectations that were placed on this team (even if the 0-16 talk was absurd on it’s face) it was clear after the fourth win of the season that both the GM and coach would at least be retained.

Fans shouldn’t be thrilled with this decision or angry at the decision, they should just accept that with all the moving parts around what a change would entail that this decision is an extremely logical and practical decision. The Jets weren’t going to get rid of Maccagnan, not after only three years and especially not after only giving John Idzik two years, so if they fired Bowles they would have then tied Maccagnan to a new coach thus messing with both timelines. This way Bowles and Maccagnan are further tied together, they get a couple of more years to grow with this incredibly young roster and if it doesn’t work then they can replace both and start fresh all over again. On top of all of that there are likely to be at least 10 job openings for coaches this year, if they fired Bowles they would be competing with all those other teams with no guarantee that they could even get their fifth or sixth choice for a coach.

Both Maccagnan and Bowles have done some good and some not so good. Maccagnan has hit on Robby Anderson, Brandon Shell, Leonard Williams, Jamal Adams and Marcus Maye. Darron Lee has made some strides this year even if he hasn’t quite lived up to expectations yet it’s still a solid chance that he could. Maccagnan has made some savvy moves that have helped the team, trading for Ryan Fitzpatrick (of course re-signing him was a mistake), Brandon Marshall, signing Josh McCown, trading Sheldon Richardson for a second-round pick and Jermaine Kearse and flipping Calvin Pryor for the new and improved Demario Davis.

He’s definitely had some misses, all GMs do, but by far the biggest knock on Maccagnan has been his decisions at quarterback. If there’s one reason for fans to be upset by this news, it’s because it’s fair to wonder if you can trust Maccagnan to draft the quarterback that they need. To draft Christian Hackenberg in the second, to trade up to draft Bryce Petty in the fourth and even though trading for Fitzpatrick and signing McCown worked out enough on a short-term basis you start to wonder if Maccagnan has a specific type of quarterback he’s looking for. Will he be infatuated with Josh Allen? Will he be willing to even consider Baker Mayfield or Lamar Jackson? It’s fair to look at his track record and worry that he might not be willing to consider them because they don’t fit the traditional mold of “prototypical NFL quarterbacks” even though that way of looking at quarterbacks needs to die. The game has evolved, the scouting, developing and using quarterbacks needs to evolve as well and time will tell if Maccagnan agrees or sticks to the old school train of thought.

Bowles clearly has his faults, forget that nonsense about him not showing enough emotion as that’s meaningless, clock management/timeouts, stubbornly clinging to struggling veterans, too many penalties are just some of his biggest flaws. But he’s a smart man and an overall smart coach with a good defensive mind, players love and respect him (which should never be the only reason to retain a coach, we all remember how it turned out when they Jets retained Rex Ryan for this reason, but the players do know him and what’s going on inside the building better than anyone else so it should matter on some level), he has a good understanding of how to handle the New York media and not give us anything and he has grown and learned since he got here so there’s hope for that to continue.

We all talk a lot about consistency and continuity and how important it is and we talk about that because it’s true. But you don’t want continuity for continuity’s sake, that’s how you end up like the Cincinnati Bengals going without a single playoff victory in 15 years but hey they had consistency with their coach! We will find out in a year or two if this was ultimately the right move or if it was a consistency for the sake of consistency move, but for now it was the simple and easy decision that everyone should’ve seen coming.