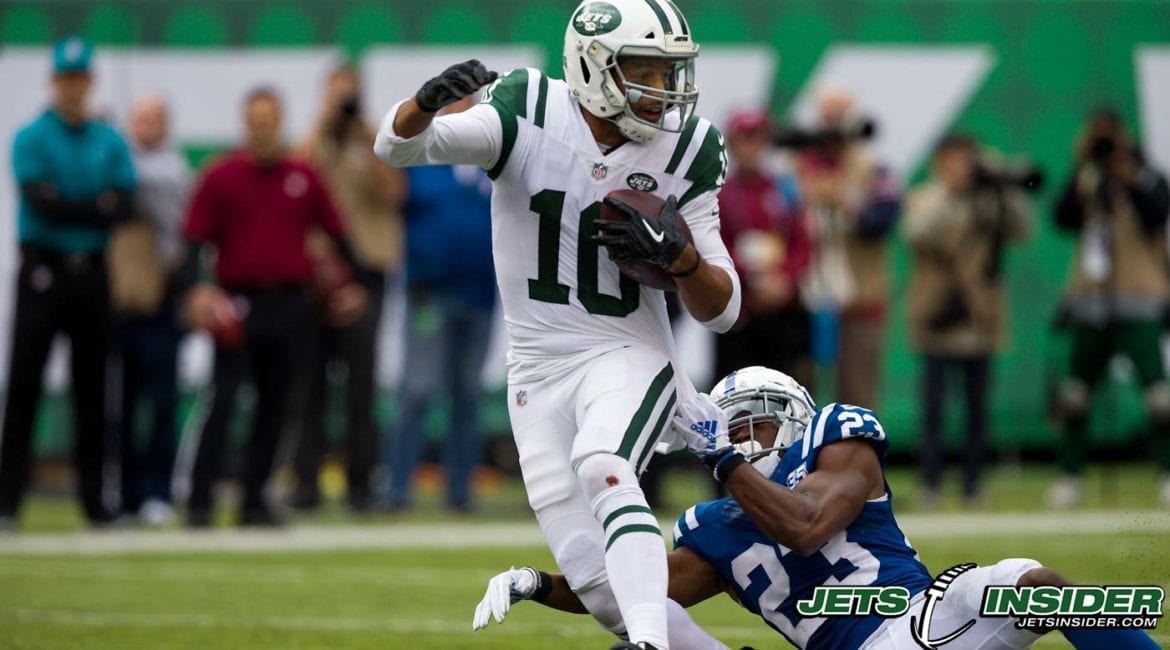 Florham Park, NJ – With the season hanging in the balance last Sunday, the Jets responded with a 42-34 win over the Indianapolis Colts that would bring New York’s record to an even 3-3. There were many positives to take away from Sunday’s game. Sam Darnold showed signs of maturity, the defense was turnover happy, the offensive line was clicking on all cylinders stopping a formidable pass rush, and Special Teams didn’t miss a beat. However, not all aspects of the game came up smelling like roses and the Jets did have some issues that still need to be addressed, especially against a playoff caliber team like the Vikings.

This was a problem fans witnessed in the earlier part of the season but happened once again on Sunday. At the start of the second quarter, Darnold found Quincy Enunwa on a quick pass for a 10 yard gain up the middle but Enunwa fumbled on the Jets 35-yard-line. The Colts would recover the ball at the Jets 41-yard-line negating the Jets first down. Luckily, the Colts ended up only making a field goal on the ensuing drive giving them a 13-10 lead. That was the second fumble of the year committed by Enunwa. The first fumble came in the second game of the season against the Miami Dolphins but the Jets recovered. In the Dolphins and Browns games (Jets losses), Robby Anderson had a fumble in each game. Even rookie Tight End Chris Herndon had a costly fumble against the Dolphins with no time remaining in the second quarter when he fumbled on the Miami one-yard-line ending with the Jets basically robbed of a touchdown before the end of the quarter. In all fairness to Herndon, he was stopped at the one-yard-line and was fighting to get into the end zone. All the other fumbles by Jets receivers happened when they were being tackled and not necessarily fighting for yardage. What’s the lesson here? Hang onto the ball for dear life guys!

Unfortunately for the Jets, Enunwa will miss at least three weeks with a high ankle sprain after his injury on that play. This is a big blow to the Jets passing game since Enunwa is Darnold’s favorite target. Enunwa will be itching to get back onto the field to help this team going forward. But for now, Darnold needs to utilize Terrelle Pryor – his tallest receiver – and Jermaine Kearse more. Each of these receivers have been quietly helping this offense the past few weeks. In addition, with a healthy group of tight ends, the offense should dial up plays to include Herndon and Neal Sterling.

Gang Green found themselves in the red zone six times on Sunday. While in the red zone, they were able to score only one touchdown and kick five successful field goals. For the Jets, being in the red zone that many times, is a well earned gift. However, instead of scoring just one touchdown, a playoff caliber team needs to put six on the board when they are so close to finishing off a drive. Lucky for them, Kicker Jason Myers was dialed in and converted five field goals from the red zone as well as two extra ones from beyond the 20, breaking the all-time New York Jets record for most field goals converted in one game by a kicker.

Coach Todd Bowles was asked if he was concerned with the red zone offensive performance and he said, “We got to keep working at it. I like the way we’re moving the ball right now. I’d like to turn some of those field goals into touchdowns. Again, it’s a series of tweaks here and there that we got to keep working on trying to get it in.”

The keyword here is constant. The Jets pass rush did an ok job with pressuring Andrew Luck and the Colts offensive line. On the positive side, pressure came from all sides of the field on Sunday and helped the Jets force three interceptions. On the second play of the game, pressure from Jamal Adams resulted in Adams stepping in front of a screen pass and batting the ball up in the air to Morris Claiborne who took it to the house for a touchdown. The three interceptions help represent the appearance of a strong Jets pass rush but the pressure was not sustained on every play. They did not have a single sack and Luck still had a strong game finishing 23 for 43 with 301 yards and four touchdowns. Some plays saw Luck have all the time in the world while some saw him scrabbling and running for his life only ending with the ball thrown away. The Jets need to be more consistent when attacking the quarterback and not just by bringing blitzes. The front line needs to step up, put pressure on the quarterback and collapse the pocket. Leonard Williams had no sacks and no tackles on Sunday.

The Jets Couldn’t Put The Nail In The Coffin:

In their other two wins this season, the Jets were able to keep their opponents out of the game but this past week that wasn’t the case. The Jets led the Colts 30-13 with 12 minutes left in the third quarter. While a lead that big should have prevented the Colts from launching a comeback, Indianapolis started to mix up its plays with long runs from Marlon Mack, setting up the pass. On the following drives in the third quarter the Colts scored a touchdown, the Jets scored a field goal, and another Colts touchdown bringing the Colts back into this game and only trailing the Jets 33-27. The Jets tightened up defensively in the fourth quarter forcing an interception and turnover on downs. Indianapolis would score a touchdown late in the game but that was after three more field goals by the Jets. Mack had less than 10 yards running in the first half but finished the game with 89 rushing yards. In the second half, it appeared the Jets defense played more of a prevent style which led the Colts in gaining big yardage on the ground and setting up the pass.

Looking At Next Sunday:

The Jets welcome Kirk Cousins and the Minnesota Vikings on Sunday. Okay, maybe not “welcome” exactly. Fans are going to make Cousins as uncomfortable as possible to show their displeasure of  passing on the Jets this offseason. Minnesota is 3-2-1 but they have played much better than their record reflects. The Vikings offense is ranked eighth and defense is ranked 18th. If the Jets are going to win this game they will need to address the issues listed above. Cousins is a conservative quarterback who doesn’t make mistakes and takes his time making plays. Pressure from the pass rush will be key in this game and if the Jets can keep pressuring Cousins consistently, they’ll be able to stay in this contest. The Jets also need to run the ball effectively to control time of possession and give the defense some rest. If the Jets can capitalize in the red zone, they should be able to keep this a close game. Of course it starts with the most important aspect of the game, turnovers. Against a high caliber team like the Vikings, it is crucial for Darnold and the offense, to not give up the ball. The secondary has shown it is capable of getting the ball back in the hands of the offense with 10 interceptions (second in the NFL) this year. Therefore, all eyes will be on Darnold.