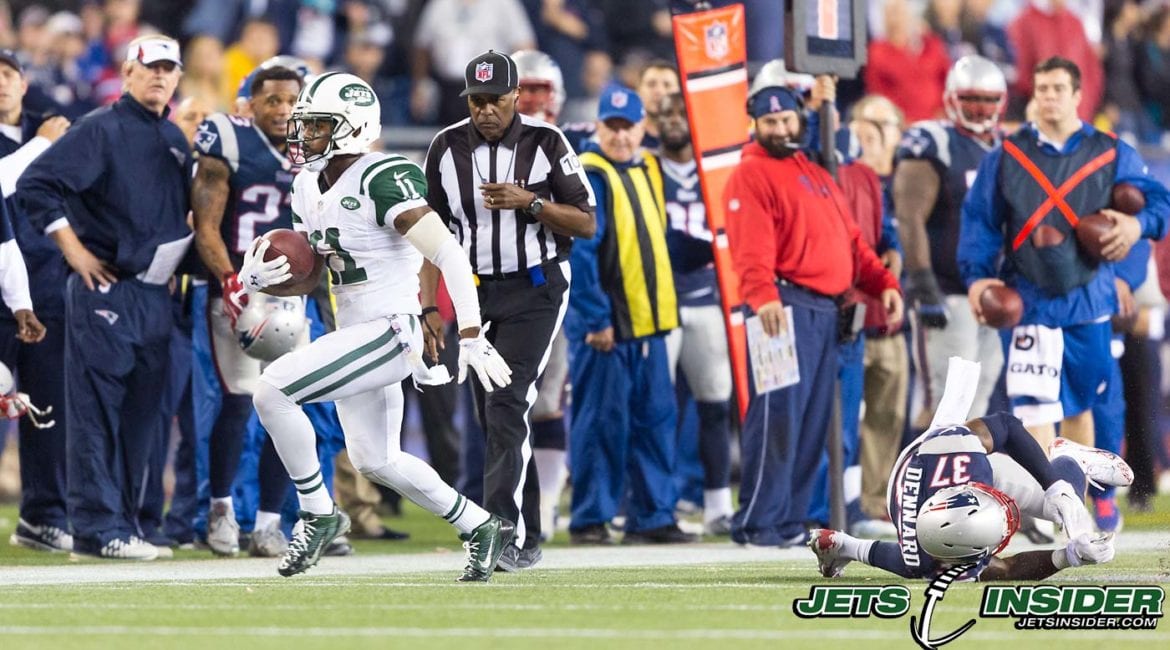 Jordy Nelson and Randall Cobb.  Antonio Brown and Martavis Bryant. Brandin Cooks and Chris Hogan. These are just a few of the many receiver duos that dominate the NFL landscape. For the New York Jets, in the early offseason, the idea of a healthy Quincy Enunwa and Eric Decker forming a 1-2 punch in the passing game was something that many Jets fans looked forward to. As training camp ends and the Buffalo Bills await on Sunday, the receiving core, and its duo has changed dramatically.

When Jermaine Kearse was added to the Jets roster, Gang Green received a veteran wide-out who had made some incredibly clutch plays in the NFL’s biggest stages. In Seattle, Kearse made game-winning touchdown catches and unbelievable grabs in Super Bowls. In 2015, Kearse had a receiving rating of 126.1, fourth among receivers. Receiving rating means the rating the Quarterback has when throwing the ball to a particular receiver. Coming to New York, Kearse now needs to show that he can be the possession receiver that the Jets so desperately need this season.

Jeremy Kerley, on the other hand, begins his second stint with the Jets this season after being signed by the team on Tuesday. After practice yesterday Kerley explained why he came back to New York.

“This is the place that I felt most comfortable with and at the end of the day it was a perfect fit for my family as far as the people in the building and the environment.”

Kerley played his first five seasons in New York totaling over 182 receptions and nine touchdowns. With Kerley, the Jets now have a consistent slot receiver that they can use for opening day. In his last year with the Jets in 2015, Kerley saw reduced action. Despite this, Head Coach Todd Bowles feels that this is a different team now than they were before.

“Schematically we were an outside passing team with two guys outside who were getting the ball a lot. It’s not that he couldn’t play it’s just that he didn’t fit in the scheme we were running. Now that we are running the scheme that we are running, we have a little different game plan on how we want to use the slot receiver.”

Although neither Kearse nor Kerley are expected to return punts or kicks in the upcoming game against Buffalo, they will be a focal point in the passing game. With brand new targets all over the field, the Jets receiving core looks to add an interesting and unorthodox one-two punch this season.