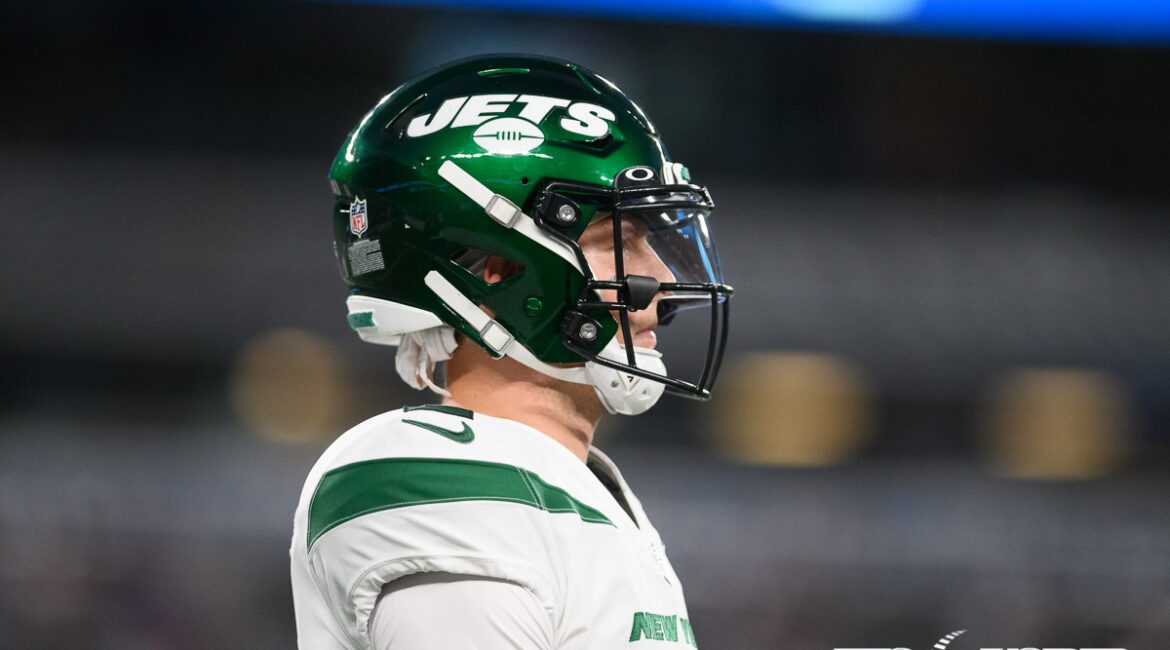 Taken with the second pick in the 2021 NFL Draft, Zach Wilson was drafted to be the Jets’ future at the quarterback position. He had displayed a wide range of athleticism in college, namely uncanny arm strength and an uncanny ability to throw off-platform. In his final season at BYU, Wilson threw for over 3,692 yards and 33 touchdowns while only having three interceptions. He also added 254 yards and ten touchdowns on the ground.

Despite the impressive numbers, Wilson had areas he needed to improve in his game. His decision-making was sometimes an issue for him in college, forcing throws when he should not be and looking for the big play over the easy completion. This was a significant issue in 2019, as Wilson had nine interceptions. In addition, Wilson faced mainly non-Power five competition in college, giving some reason for worry due to his nature to play “hero-ball” at BYU.

In his rookie season, Wilson showed the positive and negative traits that made up his evaluation when coming into the draft. On the positive side, Wilson displayed the athleticism and off-platform ability that made him shoot up draft boards; he had a long run of 52 yards and four rushing touchdowns. On the passing side, Wilson displayed an ability to play within structure in the second half of the season. Wilson could fit throws into tight windows and go through his progressions, highlighted by an impressive game against Tampa Bay.

Wilson also tended to look discombobulated under pressure and resort to hero ball when protection broke down. Wilson had one or more interceptions in the first five games of his career. He tended to throw balls straight to defenders or scramble around the pocket, losing critical yards in the process. Furthermore, Wilson struggled heavily with short-game accuracy. Screen passes and short passes were buried into the ground, highlighting spurts of poor footwork and mechanics.

With the positives and negatives Wilson displayed, the Jets were hopeful that Wilson could take a leap in his second season. Wilson showed an ability to play safe football within structure over the back half of 2021, and the thought was that he could add some of his big play potential to the “game-manager” style he displayed.

Wilson’s debut was not until Week 4, and the quarterback struggled in the first half of the game. He threw two interceptions and suffered from the issues that plagued him in his rookie year. Yet, Wilson flipped the script in the fourth quarter and led the Jets on two touchdown drives to win the game. He looked sharp and decisive, finding open receivers and not panicking under pressure.

The Jets then rattled off three more wins, improving their record to 5-2. Wilson was more of a game manager in these games, relying on the run game and the defense to carry the team to victory. Wilson did not throw the ball more than 30 times in any of these games and had under 150 yards in two of them. At the same time, he did not turn the ball over and made the necessary throws to win those games. Wilson was doing enough to guide the Jets to victories and not sink them during games.

Unfortunately, this was not the case against New England. With the Jets down Breece Hall, Alijah Vera-Tucker, and Corey Davis, the Jets needed Wilson to carry more of the load on offense. Unfortunately, after a solid first half, the wheels fell off of Wilson’s performance, despite having 355 yards passing and two touchdowns. Wilson regressed to his early rookie year form; he constantly missed open receivers, was late on his reads, and threw interceptions that were inconceivable decisions for an NFL quarterback. Wilson, essentially, lost the Jets a game they could have won with his turnovers.

“I think Zach is going to continue to get better, I think he is a lot better than he was a year ago like I’ve told you guys. Like everyone, we can all look in the mirror and look at the decisions that we’ve all made yesterday, we all took turns, whether it was an ill-advised penalty, whether it was special teams play, protection… Zach obviously is the quarterback, he’s got the ball in his hands, he’s the most obvious in terms of being critical on, but he’s gotten a lot better, expecting him to continue to get better. Do I expect it all to be clean? No, every quarterback has their days, but he’s our quarterback because we think he is going to get better and he is going to continue to prove why he was the number two pick.”

General Manager Joe Douglas also expressed the sentiment that Wilson is the QB that the team believes in.

“We’re 4-1 when Zach is our quarterback and Zach brought us in his first game back, he brought us back from double digit deficit in a hostile territory in Pittsburgh, so I’m sure he’d say that he wants a few of those throws back, but we also had nine explosive passes, there’s a lot of good to take away from that game. I know the focus was on the turnovers, but we love Zach, we love the way his approach is every week, love his competes, and he’s our quarterback.”

As a whole, the Jets have an extremely solid roster this season. Led by their talented defense, this team is surprisingly ready to compete this season, let alone in the future. But as it stands, the quarterback is the position that is holding this Jets team back.

Despite the organization believing in Wilson, that trust will not remain without the necessary results. Whether you are a defender or critic of Wilson, the reality is that the team’s remaining nine games will determine Wilson’s Jets’ future. The second-year quarterback has shown the talent to succeed in the NFL but is being held back by repeatable mistakes. Wilson is still playing too much like his BYU version of himself, causing him to run into issues against talented NFL defenders.

Zach Wilson will have every shot to solidify his starting quarterback for the Jets, starting with a difficult matchup against the Buffalo Bills in Week 9. He has previously shown an ability to make progress and learn from mistakes, which will be necessary for this stretch run. Wilson must be able to play mistake-free football, guiding the offense and showing off his elite traits when necessary. If this happens, the Jets will have a shot to make the playoffs, and Wilson will have bought himself some more time.

Suppose Wilson has a few more Patriot game-like performances, though. In that case, he could potentially be the reason the Jets squander their best start in recent memory and would cause the team to look for, at minimum, quarterback competition.

For the remainder of this season, Zach Wilson’s NFL future is in his own hands. What he does with it, and how that affects the Jets, will be something very interesting to see unfold and will have ripple effects on the entire organization’s present and future.