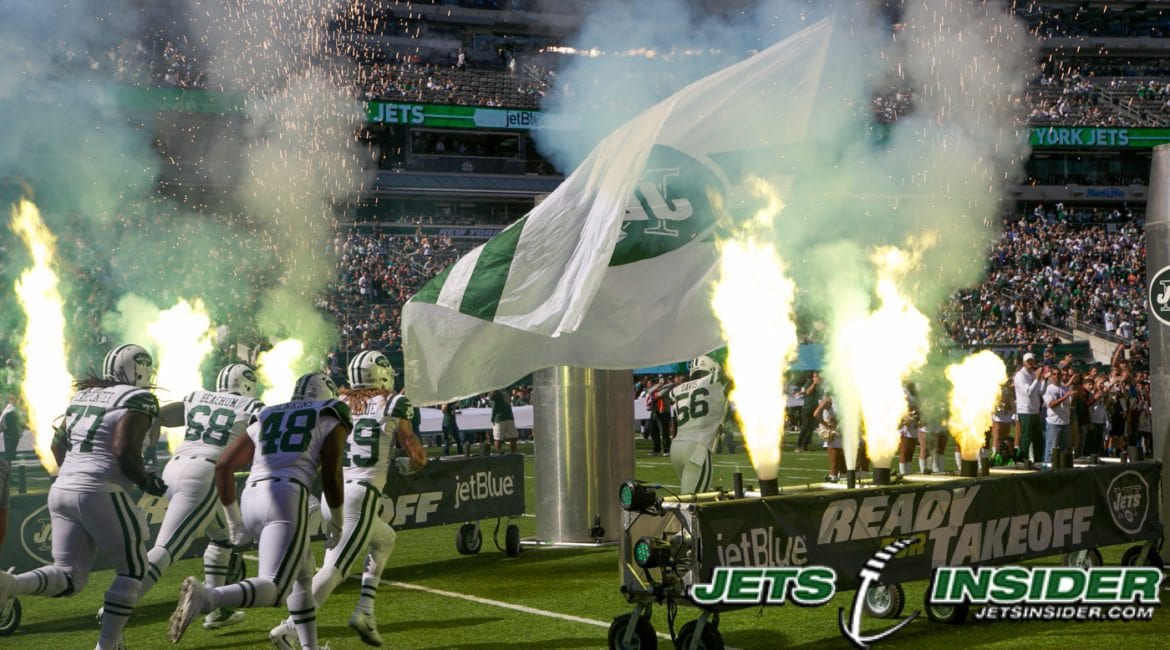 Florham Park, NJ – At 4-6 and with four (potentially five) of their final six games against playoff teams, the New York Jets need to pull off some major upsets if they have any hope of making the postseason in 2017. For New York, their run to the playoffs starts Sunday when they take on the red-hot Carolina Panthers.

The Jets are just one game back of the Baltimore Ravens for the final wild-card spot in the AFC. Both the Jets and Panthers are coming off their bye, but are coming off of two totally different performances. The Panthers have won three in a row before their bye week. The latest of which was a 45-21 blowout victory against the Miami Dolphins on Monday Night Football. In the win, the Panthers accumulated 548 net yards against the Dolphins defense with over 200 of those yards on the ground. The Panthers currently sit one game back of the New Orleans Saints in the NFC South but are currently the fifth seed in the NFC playoff picture.

The Jets, on the other hand, are coming off their worst offensive performance of the season. With a chance to get to .500, the Jets lost a 15-10 contest to Ryan Fitzpatrick and the Tampa Bay Buccaneers. The Jets offense struggled all game long, unable to move the ball anywhere up the field, scoring their lone touchdown in the final minute of play. While Tampa’s defense has struggled at times, the Panthers defense has not this season, ranking second in the NFL and first in the NFC. If the Jets have any hope of pulling off a home upset, they must perform better than they did before their bye.

Panthers OLine vs. Jets DLine-  The Carolina Panthers have rushed for over 200 yards in back-to-back games. While both games have come against Atlant and Miami, the Panthers offensive line has improved leaps and bounds after their debacle loss to the Bears in October. That places a major importance on the Jets defensive line getting consistent pressure on Cam Newton throughout Sunday’s contest. In all three losses this season, Cam and the running game struggled to get going because of their offensive linemen and the pressure that their opponents got. If the Jets are to win this game, the Jets must get in the backfield and play fundamental football.

Greg Olsen vs. Darron Lee- Panthers Tight End, Greg Olsen has been brought off IR for Carolina and is expected to play on Sunday. This will apply a great deal of pressure for 2nd- year pro Darron Lee to step up for New York and stop Cam Newton’s favorite receiving target. While Lee has improved in all facets in his second season, the Jets have seen him struggle against taller tight ends. While Devin Funchess has stepped up as a very good target for Newton, the signal-callers favorite target is Greg Olsen. Lee must have a great game if New York is to have a chance.

John Morton vs. Luke Kuechly- Kuechly is the best linebacker in football right now. He is also the main reason why this Panthers defense is second in the NFL in yards allowed. Not only is Kuechly the most productive linebacker in the game, but he also just may be the smartest as well. That puts pressure on Jets Offensive Coordinator, John Morton to dial up a game plan and call plays that will confuse the former Defensive Player of the Year.It’s a tall task, but the Jets offense must improve on their dud of a game against the Buccaneers. Carolina’s defense is obviously better than Tampa’s which means execution is key, but creative play calls could put the Jets in a very good position.

Josh McCown- The Jets are not eliminated from playoff contention yet and a big reason as to why that is the case is because of the play of McCown. McCown has completed 69% of his passes and has only thrown eight interceptions all year. Yes, he has cost the Jets a win earlier in the year (@ MIA) but a big reason why the Jets are in a position to steal a game like this is because of McCown. If there is any hope for the Jets to win this game, McCown cannot turn the ball over and must be the reason the Jets win this game. The Panthers have a very good run defense so I expect the Jets to come out slinging it early and often.

The Jets are a desperate football team right now. While there are some matchups that could tilt the game in the Jets favor, Cam Newton and the Panthers offense are on an unbelievable tear right now. I expect the Jets to be in this game throughout the first half, but I think just one turnover will open the flood gates and have the Panthers come out on top. While Carolina is 0-2 on the road against Gang Green, they are also a football team that needs victories right now while the Saints continue their dominance and the Falcons starting to hit their stride.

Jets Final 2019 Statistical Rankings,What The Loss Of Leonhard Means To The Jets,Initial 53 Man Roster Set Waiver Wire Changes Coming,Player Cuts As We Get Them,Jets Injury Riddled Roster Becoming An Issue,Focus Turns To Detroit And Fixing Dropped Passes,Brian Winters Adjusting To Life With The Jets,Jets O Line Has Hands Full With Sacksonville,Edwards Adds To Jets Frathouse Persona,Make No Mistake Jets Will Compete Until Week 17