JetsInsider.com > News > Blogs > QB Draft Takes And Why None of Our QB Takes Matter

QB Draft Takes And Why None of Our QB Takes Matter 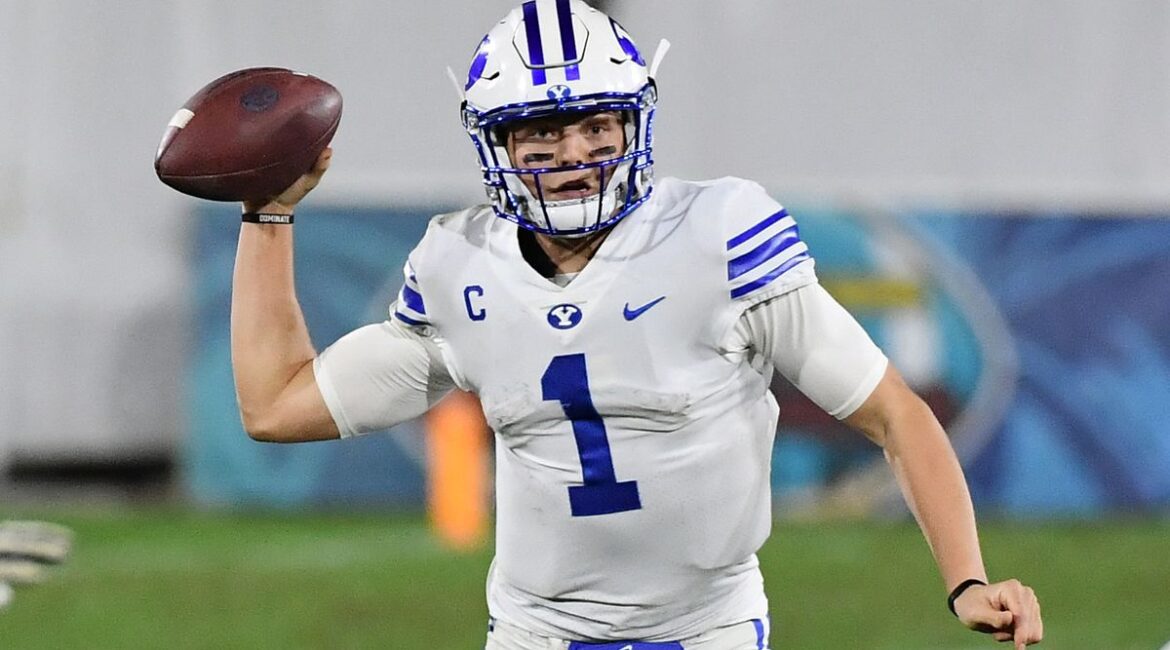 We can all share our reasons why we like this guy more than that guy, but let’s be honest, all of our reasons are stupid. We don’t actually know anything. We know what makes a good “prospect,” but we have absolutely no idea how that translates to NFL quarterback. There’s literally no one, not a single soul of this planet, that has this figured out. But naturally that won’t stop us from screaming at each other, convinced that we know better than they do.

Whether a quarterback is good in the NFL or not has as much to do with where he goes as it does with their talent and ability. Patrick Mahomes is amazing and would likely be great anywhere. But what if he got drafted to the Jets? And what if he didn’t get to sit out his first season? It’s not just about that first year either. Mark Sanchez wasn’t ever a good quarterback, but he was good enough for back-to-back AFC Championships until the offensive line fell apart and his weapons started leaving. Then all of a sudden Sanchez became unplayable.

Tom Brady looked cooked after the 2019 season, then he went to a team with a loaded roster, ready to win immediately. People said, Bill Belichick made a mistake letting Brady walk. But Brady also looked cooked for much of 2020, including in the playoffs! In the divisional round, Brady threw for 199 yards. They didn’t win because of Brady and the offense, they won because Drew Brees’ threw three interceptions. In the conference championship, Brady threw three picks and they still won! Belichick didn’t make a mistake, Brady just found the perfect team.

All of this leads to the obvious, football is a team sport. We love to talk QB wins and count the QB rings. We love to pretend that’s all that matters, but it’s nonsense. Brady is considered by most to be the GOAT. He’s certainly been the most successful at winning Super Bowls, but they won most of those Super Bowls because the defense was outstanding. So, fine consider Brady to be the GOAT but then you must acknowledge Brady likely wouldn’t have become the GOAT anywhere else. That’s the thing about quarterbacks, how good they actually are only matters so much.

With this year’s class, Trevor Lawerence is the consensus number one. There’s a few detractors, but Lawerence’s floor is so high most agree he’s the clear top prospect. After that things get more complicated. I think Trey Lance has the highest ceiling and I wouldn’t hesitate to take him second. However I think Justin Fields has a higher floor than Lance and a close enough ceiling that I could be talked into taking him second. This means I have Zach Wilson as my QB four, but that doesn’t mean I think he stinks. I really like Wilson. I actually think he’ll be the most fun which is a good enough argument to sell me on him at two.

The point is, they’re all really good prospects and what separates them in our minds is personal bias. There is undeniably a racial bias, conscious and unconscious (remember unconscious means you’re not even aware of it!), for some people, but it’s also more than that. A lot of it simply comes down to style of play. Wilson is the explosive, downfield playmaker. Fields is a just as good, if not better, as a play-maker but when things breakdown he tends to focus on moving the chains more than looking for a 60-yard touchdown. What makes me think Lance has the highest ceiling is what I see from him mentally. The way he goes through his progressions, looks off defenders and, makes advanced ball placement decisions.

While we are on the topic of progressions, let’s stay there for a minute. Throughout this entire draft process what’s the biggest knock you’ve heard on Fields? They say, he doesn’t go past his first-read. Cool, except it’s not true, in fact it’s the exact opposite. Benjamin Solak of thedraftnetwork.com went and dug through the tape to find Fields actually threw to non-first-read targets more than any of the others. Including Mac Jones.

Go read the entire article, it’s really good. Not only is it good to debunk so much of what is being peddled but, Solak also does an excellent job of explaining why all of this is silly.

It’s all silly. Every bit of our evaluations are silly. Sure height, hand-size, arm strength, mobility and accuracy are important but we’re only discussing guys that check all those boxes. Once we start digging deeper we are massively projecting and we’re projecting with our heart more than anything else. This has always been the case, but it was Josh Allen that crystalized it. The one thing we used to be able to count on with 100 percent certainty was, inaccurate quarterbacks don’t ever become accurate quarterbacks. Josh Allen destroyed that forever. And if Josh Allen can somehow become accurate, what can we possibly predict with certainty?

Maybe Brian Daboll did such an exceptional job fixing Allen’s fundamentals? Maybe Allen just never had good coaching before coming to the NFL and Daboll didn’t do anything special, just fixed obvious flaws? Maybe Allen is the biggest outlier in the history of outliers and no quarterback will ever improve their accuracy that much ever again? Or maybe some people just develop and learn at different rates and for some it’s slow enough that we never get to see it?

We know Peyton Manning would have been great anywhere, but could he have been even better if he was with the Patriots instead of Brady? How good would Brady have been on the Colts? These are questions that we will never get the answer to, unless you know about a secret window to view alternate realities. In which case, contact me. I have questions.

When it comes to debating quarterback prospects it’s time we all embrace the Socratic paradox. “I know that I know nothing.”

I don’t even really know if I’m actually typing these words right now. Am I physically typing this, or do I just think I am? Are we living in a simulation? Or do we all exist inside the Boltzmann brain? Is Fields better than Wilson or Wilson better than Fields? What about Lance? Am I purposely avoiding mentioning Mac Jones? Okay, I know the answer is yes to that one. But I have no idea if that will comeback to make me look stupid one day. I think pretty strongly that I’m safe on that, but also I have no actual idea!

That’s kind of what makes football so special. You can watch basketball and get a really good sense of how good a player can be. Sure there’s some variance and it’s also a team sport so supporting cast matters, but not like in football. In baseball if you can hit, you can hit. That’s obvious to all. Same with pitching and fielding. If you can hit in Tampa you can hit in St. Louis. Certain hitters may struggle against certain pitches/pitchers, but on aggregate good hitters hit good. Having a better hitter behind you might get you to see better pitches, but it’s still up to you, and only you, to hit that pitch. Quarterbacks need an offensive line to protect them (see Mahomes in the Super Bowl) but they also need receivers who can catch. They need a running game to help at least a little bit. And it doesn’t matter how good you and your offense is if your defense is awful.

Most of Peyton Manning’s career was ‘best offense in the league stalls just enough in the playoffs to let their bad defense cost them the game.’ And yet the two times he won the Super Bowl it was because of their defense.

The good news in all of this for Jets fans is simple. Zach Wilson will be the pick and don’t be worried about him being Sam Darnold 2.0. I think Wilson is a better prospect coming out than Darnold was, but again, that’s irrelevant. What matters is that everything around Wilson will be better than everything was around Darnold. The offensive line is already better than year one for Darnold. The receivers and backs are better, even the defense is better. And of course the offensive coordinator is infinitely better and the GM is not Mike Maccagnan. Maybe Fields or Lance would be better here than Wilson, regardless I think they’re all good enough to succeed here. With this team, with this many future draft picks, and this coaching staff which is not something any of us could’ve thought over the past decade.

There is no secret formula. No obviously right way or surefire answers. There’s no player that will be so good that getting them solves all other problems. And we can think we know which player would do best at the most places, but we don’t. All we know when it comes to evaluating quarterback prospects is that we know nothing. It’s time we start to admit it.