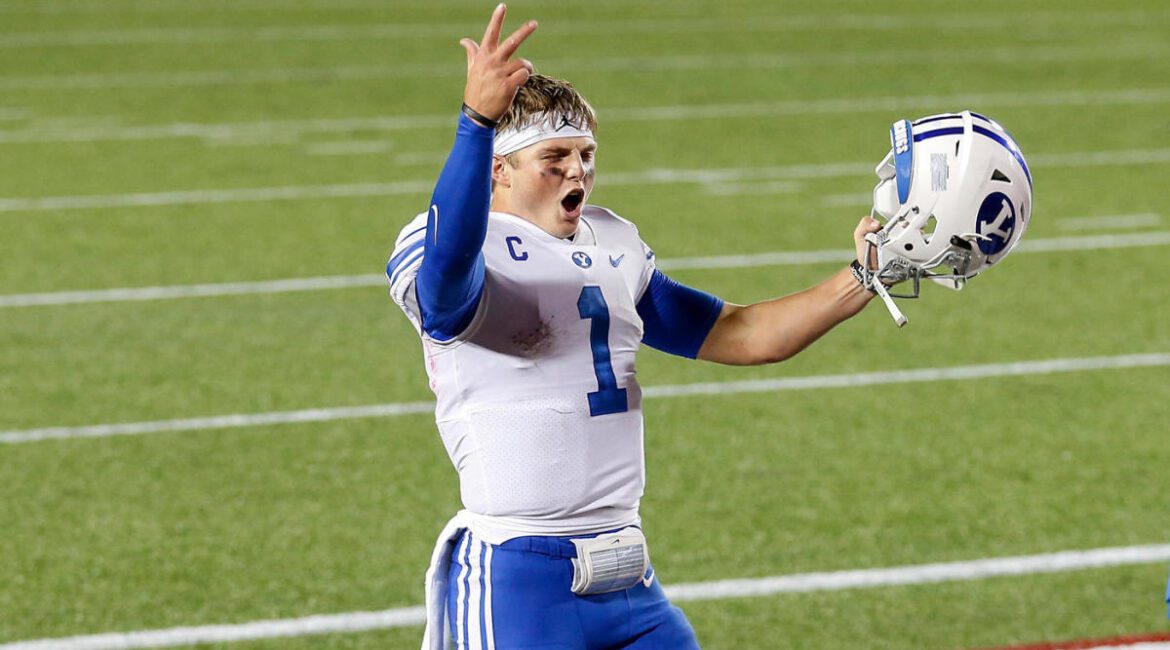 You might have heard: there was a draft last week. Now that its done, we finally have the full picture of what this class looks like. Without further ado, your New York Jets draft picks, class of 2021:

This class has been getting a lot of love from the media, which doesn’t really count for much, but it still feels pretty good. On review, it’s hard to find massive fault with any individual selection. You could certainly make the case that the Jets were overaggressive in their trade-up for USC guard Alijah Vera-Tucker. Perhaps the Jets should have been more patient and trusted their board, but they had enough capital to take a big swing without totally hamstringing the rest of the draft. At the end of the day, if the biggest knock you can have of a draft is the selection of a coveted, high floor, prospect at a position of glaring need then you can be reasonably confident that you’ve got yourself a pretty nifty class on paper.

Two drafts into Joe Douglas’ tenure, we can see clear themes and motifs starting to develop. For instance: he proved that his focus on the offensive line wasn’t a one-year fluke spurred by media pressure when he traded multiple Day 2 picks to acquire Vera-Tucker. He again targeted players in the late rounds with outlier athletic profiles in hopes of striking gold. And in spite of the aforementioned trade up, the Jets still finished with more picks than they started with and 10 in total (one of the largest classes in the NFL), giving themselves as many opportunities as possible to find a good player in the late rounds. Perhaps the most encouraging motif of all is a clear focus on insulating incoming QB Zach Wilson with as much offensive talent as possible.

To really give this perspective, just look at the last time the Jets drafted a first round quarterback in 2018 (I forget his name). That year, the Jets had to trade multiple picks just to go up and get their new franchise cornerstone, so they didn’t pick again until the third round. The pick? Nathan Shepherd, a defensive tackle. In that six player class, the Jets only spent two picks on offense outside of their new quarterback, and one of those players (Trenton Cannon) was primarily drafted for special teams. They only picked twice on the first two days, and over half their picks were in the 6th round.  The irony is, through dumb luck, it was arguably Mike Maccagnan’s best draft class as general manager. Shepherd, Chris Herndon, & Foley Fatukasi have all contributed to the team in varying degrees. But that doesn’t change that it betrayed an exceedingly poor process by the Jets. They showed absolutely zero urgency to insulate their fledgling passer with young talent who he could grow with, and they seemed content only making six selections (most on late Day 3) despite the flukey nature of the NFL draft. That bad process continued until ultimately Maccagnan was shipped out of town in a crate, with Sam Darnold’s battered remain not far behind him.

There’s no guarantee that any of the players in this class will work out, nor that a good process will always yield good results, but one thing we can be certain of is that Joe Douglas at least understands how you’re supposed to build a team in this league. He understands that you need to make life as easy as possible for young QBs, both through your offensive architecture and by surrounding them with premium offensive talent who he can grow with. I mean, the juxtaposition between relying on Darnold to be Sam The Savior and what Robert Saleh says to Wilson in this video below is absolutely staggering. The approach and mindset could not be more different.

Douglas also understands that the draft is a crapshoot, and that the more picks you have, the greater chance you have of unearthing a winning lottery ticket. He understands the importance of continuing to stockpile premium assets, as the Jets will have five picks in the first two days of the 2022 NFL draft…just one less pick than Mike Maccagnan made in the entire 2018 draft.

It’s yet to be determined just how successful Joe Douglas will be as general manager. But this draft proved to me that he at least understands the way it’s supposed to be done, and that in and of itself, is a huge step in the right direction. Jets fans should feel very optimistic about this class long term, and perhaps even dare to feel optimistic about the future of this franchise in general.