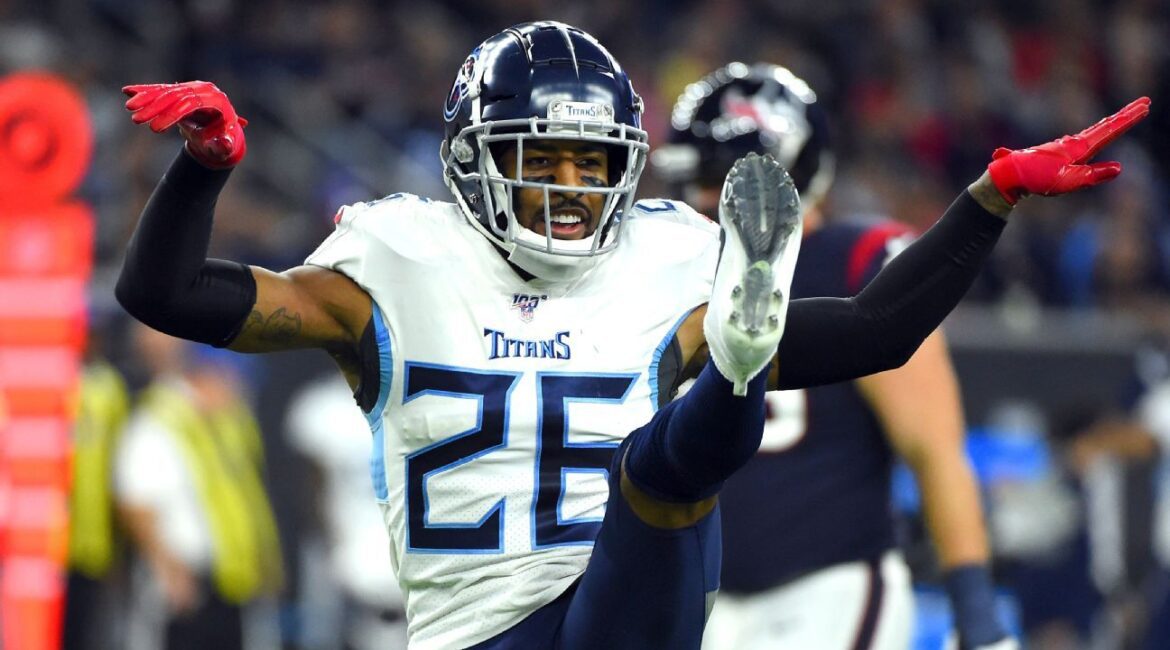 As football season slogs through the doldrums of spring, Manish Mehta of the NY Daily News bestowed upon a shot of dopamine to see us through to the start of training camp; the rare mid-May news break. It was reported that the Jets “believe” they will succeed in signing former Titans defensive back: Logan Ryan. “Believe” may be doing a lot of heavy lifting here, as reports of an imminent deal between the two sides have already been shot down by other credible sources.

However, I thought it was worth looking at what Logan Ryan would potentially bring to the Jets defense, where he would fit in, and whether the signing would be a good idea at all.

Let’s start out with the positives: Logan Ryan can do a lot of things. He has exceptional ball skills and good instincts that will ostensibly make him a great fit in the Jets new zone scheme. He’s also great at the catch point, logging a very impressive eighteen passes defensed in 2019. According to my Jets Insider colleague Michael Nania, Ryan also was first amongst cornerbacks in sacks, run stops, forced fumbles.

Unfortunately, Ryan also ranked first in another category: yards allowed in coverage. Ryan gave up a whopping 967 yards in 2019, which includes 908 from the slot. Yes, that’s he most of any corner in the entire NFL. He wore a lot of hats, but kind of forgot about that one important part of playing cornerback. You know…preventing passing yards?

I can see the replies to this post already: “Alright, hater. So he gave up a lot of yards in the slot. They’ll just play him somewhere else! #JetUp!” It’s true that Logan Ryan won’t be playing the slot where he surrendered the bulk of his completions in 2019. The Jets already have a solid slot corner in Brian Poole, and it’s safe to assume Ryan won’t be unseating Poole for a starting job. But this just raises another issue with a potential Logan Ryan signing: he’s played primarily in the slot every year since 2016. So are the Jets really planning on bumping Ryan out to boundary corner; a role he hasn’t filled consistently since 2015? Frankly, his significant struggles in coverage don’t portend well to a move outside, where he’d see matchups against some of the most dangerous receivers in the entire NFL.

In this writer’s opinion, the Jets might be best served moulding Ryan into a lurking, corner-safety hybrid that can blitz, play the run, and utilize his considerable ball skills and instincts in deep and shallow zones. Thus, maximizing Ryan’s strengths as a blitzer and tackler whilst hiding his weaknesses in coverage.

Okay, if that’s their vision, I can get behind that. Now it becomes a question of cost. Obviously we don’t know for sure how much Logan Ryan is going to cost yet. However, the word all offseason is that he’s looking for a deal that will net him the same amount as his per annum salary in Tennessee: about $9.5 million a year. To throw anywhere near that kind of money at a guy who is best served as a big-nickel or a sub package blitzer would be a revolting overpay.

In fact, the only way you could justify throwing that kind of money at any corner is if he started on the outside which again, given his significant struggles in coverage, would be a huge mistake. No it’s not like the Jets are strapped for cash right now, but if you make this move now, that’s $10 million that won’t roll over into next season. That’s invaluable cap space that could be used to re-sign some of your core players (Jamal Adams, Marcus Maye, Brian Poole etc.) or make a push at a big fish free agent.

Heck, let’s take it one step forward. Adam Schefter recently speculated that the COVID 19 epidemic could have a catastrophic effect on the NFL salary cap. If that happens, the Jets are going to need as much flexibility as possible to avoid making some painful cuts and restructures like some other other teams (RIP to the 2021 Eagles).

Ultimately, in the NFL, you usually regret the move you do make much more than the move you don’t make. The new Douglas front office has been very disciplined in avoiding making the same mistakes as past regimes so far.  They haven’t been overpaying. They’ve been adopting the approach used by all successful front offices around the league: critically evaluating players, and paying them cheap deals to fill specific roles. When we really evaluate Ryan, we can clearly see that he’s best served in a complementary role in the Jets defense. Adding him, at the right price, makes a lot of sense. But paying him anywhere close to what he’s reportedly asking for would be an asinine mistake.