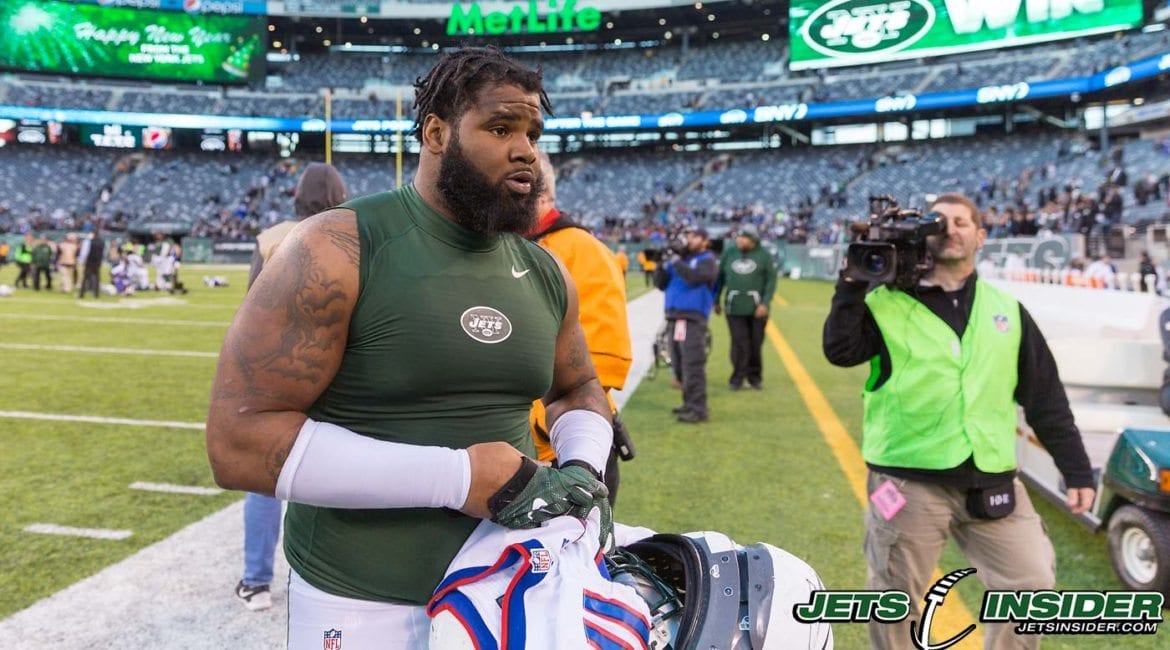 Before you yell, scream, curse or cry, let the dust settle.

Sheldon Richardson is no longer a member of the New York Jets. It was inevitable. If you did not see this coming, you have not been paying close attention to the Jets the past few seasons. Now that this cloud of uncertainty has passed, the Jets can fully focus on the future. This trade works. I’ll tell you why.

Whether or not you are a fan of Richardson, he was arguably one of the better defensive linemen in franchise history. He compiled 241 tackles in just 58 games, while adding 18 sacks in that span. In a short time, we recognized he had tremendous talent. But, if the Jets have something positive working for them, it is the depth of their defensive line.

“We have some good, young defensive lineman,” the GM said. “Sheldon was part of that, but in return, it allowed us to entertain options. Short term and long term, we’re still committed to building this thing through the draft. It was an opportunity to acquire some draft capital and also acquire an element to our team, not just from a talent standpoint, but from a character and intangible standpoint in the receiver room.”

If you are still angry about this move, here is why it works. Richardson was never going to be paid by Maccagnan. You had a better chance of Chad Pennington returning to be the quarterback of this team. Instead, the defensive end would have walked and in return, the Jets would have had nothing to show for it.

Now, New York adds a second-round pick to their arsenal as well as veteran Super Bowl winning wide receiver Jermaine Kearse – a position that currently lacks credibility. Regardless of how Richardson plays in Seattle – likely very well – there was a surplus of defensive tackles on this roster. In case a draft pick and a veteran receiver was not good enough, the Jets also add cap space – a vital figure for the greatest of teams.

Looking towards 2018, the Jets financial situation may be desired from others. This year, Richardson was due to make over $8 million. Trading him clears New York from any possible situation with dead money. With Kearse on a $2.2 million contract for the upcoming season, the Jets now have $26.285 million of free space, according to overthecap.com. Kearse also is under contract through 2018. He hits free agency in 2019.

If the Jets carry over their current cap space, in addition to expiring contracts, New York can have over $80 million of cap space for the 2018 season. Draft a quarterback and contention may not be out of the question.

Are you feeling better yet?

Look, we won’t sugarcoat this for you. Losing Richardson hurts. He was a special player. However, the logic behind this transaction was to gain something before you let the defensive lineman walk away for nothing.

It feels like yesterday when John Izdik selected Richardson out of Missouri with the 13th pick of the first round of the 2013 NFL Draft. They had just selected Dee Milliner with the ninth pick as an heir to Darrelle Revis’ throne. With Richardson in the fold, the already stout Rex Ryan-led defensive line with Wilkerson and Damon Harrison got that much stronger and more effective.

He took home the 2013 NFL Defensive Rookie of the Year trophy and was named to the All-Rookie team. The following year, Richardson was sent to the Pro Bowl. Jets fans salivated over the prospect of having a reincarnation of the New York Sack Exchange. It was Richardson, Harrison and Wilkerson – the Jets’ Son’s of Anarchy.

In 2015, the defensive end was suspended for the first four games of the regular season due to failing the league’s substance abuse policy related to marijuana.

The next year, he was involved in a high-speed car chase, driving 143 MPH with a 12-year-old in the car. He has missed six games due to suspension over the course of two seasons. He was becoming a slight distraction.

He was a kid. He lived and learned. It is a part of growing up.

At this point, it is not time to look at the past. If you are still upset the Jets signed Wilkerson instead of Richardson, it is time to move on. The team did what they did by signing Wilkerson to the long, lucrative contract. Maybe it handcuffed them from negotiating a contract with Richardson but there is no reason to complain now. Wilkerson is still a talent on defense. The Jets defensive line still will be strong.

In the long run, this can help the Jets. They have more cap space. In the short term, it hurts. But, nobody said a rebuild would be easy. Sometimes deals like this need to happen.

***
Joe Barone is a staff writer for JetsInsider.com. He can be reached on Twitter (@28JoeBarone) or via email (Joebarone28@gmail.com)