Unsung Heroes From Game One 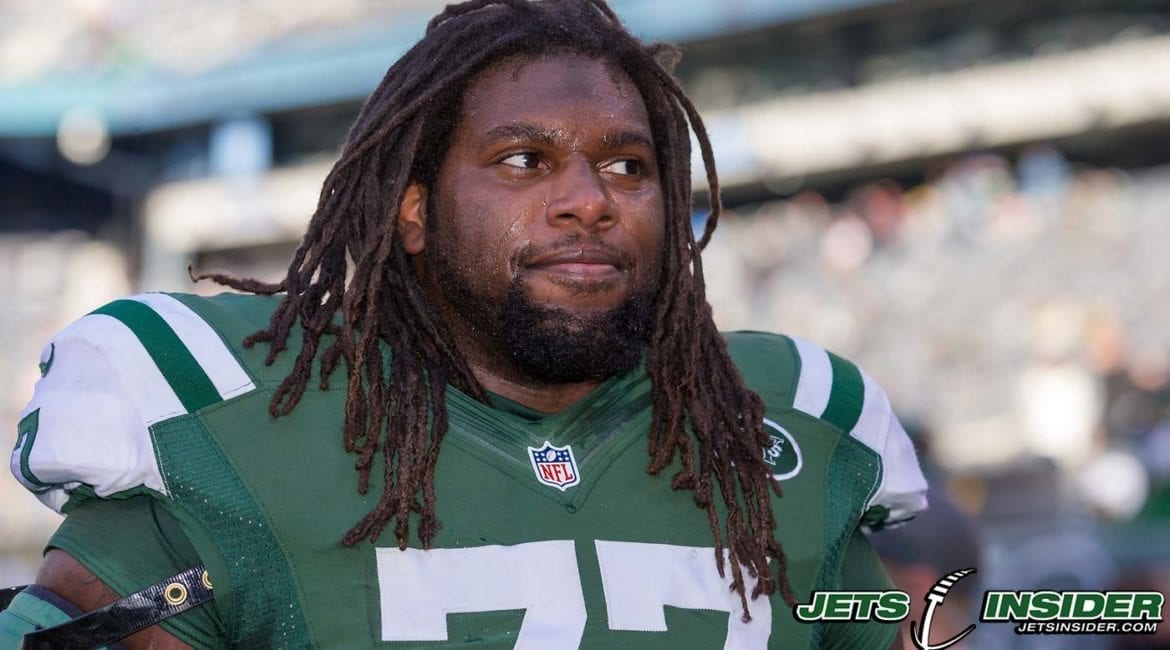 Florham Park, NJ – The New York Jets season opener featured a terrific display from both the offense and defense. Rookie Sam Darnold finished 16 for 21 with 198 yards and two touchdowns, the running backs combined for 169 yards, with two touchdowns from Isaiah Crowell, and the defense combined for five interceptions annihilating the Lions offense. But there were some groups on the team that didn’t get the proper recognition they deserved. Here are some of the fundamental players from Monday night’s game that will be pivotal to this week’s matchup with the Miami Dolphins.

There were many questions surrounding the Jets offensive line. Who will start? When will they finally mesh together and become consistent? Will they take the necessary steps and show improvement this season?

During the pre-season, the line struggled with blocking opposing defenses and committing numerous penalties, once even committing five in the week three game against the New York Giants. On Monday night, the starting offensive line consisted of Kelvin Beachum, who was returning from an injury, James Carpenter, Spencer Long, Brian Winters, and Brandon Shell. They put on the best performance the Jets have seen in over a year and seemed to play above expectations. Prior to this, the team has struggled with finding starting tackles since Ben Ijalana’s injury in mid August. Against the Lions, the offensive line gave Sam Darnold the time he needed to make his throws and only let up two sacks. More importantly, when it came to the running game, the line did a commendable job of creating holes for the running backs which lead to a great one-two punch combination of passing and running plays. Only one penalty was committed by the offensive line, a false start on Kelvin Beachum.

The Lions are in the past now and the Jets are gearing up for their first divisional game of 2018 against the rival Dolphins. During their last meeting, the Dolphins defensive line notched three sacks and held the Jets to 92 rushing yards on 23 attempts. But these two teams have undergone major changes and it won’t be the same match ups. Miami parted ways with five-time Pro Bowler Ndamukong Suh and have replaced him with Jordan Phillips. However, defensive end Cameron Wake will still be a problem as he racked up 10.5 sacks last season and 3.5 of those were against the Jets. Winters and Shell will be matched up against him so it will be interesting to see if they can hold him back. On the other side of the defensive line, Miami also added Robert Quinn from the Los Angeles Rams. He’s another player to watch out for after a season that saw him rack up 8.5 sacks and two forced fumbles. The Jets may have problems from both sides of the defensive line but if they can perform like they did against Detroit, it will make life easier for Sam Darnold and the rejuvenated running game. Interestingly enough, last week the Dolphins had no sacks against the Tennessee Titans.

The two ways special teams can make significant impact on the game is by adding points on kicking and returning and controlling where both sides of the ball’s starting position will be. Gang Green’s special teams took a massive leap ahead and drastically improved since the pre-season. Between the multitude of penalties taken in game three against the Giants and the costly mistakes made by returners, the Jets have really tightened up the Special Team’s play.

Starting with punting, Lachlan Edwards had an easy Monday night only making three appearances. Two of his punts landed inside the Lions 10-yard-line giving Detroit barely any breathing room to begin their drive. Due to numerous turnovers by the Lions, Edwards didn’t have a big work load but he did prove that he can be a pivotal player in trapping teams inside their own 20-yard-lines. If Edwards can repeat his performance on Sunday, it would give the Dolphins a harder time jumpstarting their offense, being pinned deep in their own zone.

During training camp, Andre Roberts, Trenton Cannon, Tre McBride, and Lucky Whitehead competed for position of punt returner. Roberts won the job and didn’t disappoint on Monday. He returned three punts for 16 yards, 43 yards, and 78 yards which resulted in a touchdown. The 43 yard return was important because it gave the ball to Darnold on the Lion’s 33-yard-line. This gave Darnold the confidence and momentum to start his magic on the opposing side of the field. When asked about the touchdown, Roberts said “It felt great to do it against my old team, obviously Monday night, and our team won the game so that was the key.”

The Jets didn’t have an impact punt returner last season but they may have just received an appetizer for more to come in 2018. Roberts noted the superior blocking performance by the players in front of him especially those that raced down the field to block the lead opposing players. This allowed him to make his cut up the field, then to the outside with no “blocking from behind” or “holding” penalties committed during the returns. Roberts says that the team is looking for consistency and wants to repeat their success against Miami. Last Sunday, Miami gave up an 18 yard and 26 yard punt return so Roberts will have plenty of opportunities to contribute again this week on punt returns.

But this week, kicker Jason Myers may have the biggest role to play on special teams. In Detroit, he converted all six of his extra point attempts and made both field goals he attempted. Every kickoff resulted in a touchback which may seem less important than it sounds. However, last week Dolphins kick returner, Jakeem Grant, returned a 102 yard kick for a touchdown. If Myers can keep forcing touchbacks, Grant should be eliminated from being a threat on special teams. Meanwhile, Miami is susceptible to giving up big plays as well since Titans kick returner, Darius Jennings, returned a 94 yard kick for a touchdown. Andre Roberts earned the kick returner position as well so he should get a chance to make some big plays on kickoffs.

It will be a tough game on Sunday for the J-E-T-S, JETS JETS JETS but with solid play from their unsung heroes, the team should be running on all cylinders and all facets of the game will contribute.

Vacation Time Is Over Jets Get Back To Work,Jets Sign David Garrard,Jets Wrap Up Preseason Players Continue To Battle For Final Roster Spots,Preview Battle For New York,New Jets Jerseys And Merchandise Released,Why So Serious,Favres History Vs The Patriots,It Is What It Is It Was What It Was,Post Game Video Jets Te Kellen Winslow Jr,Offseason Gameplan