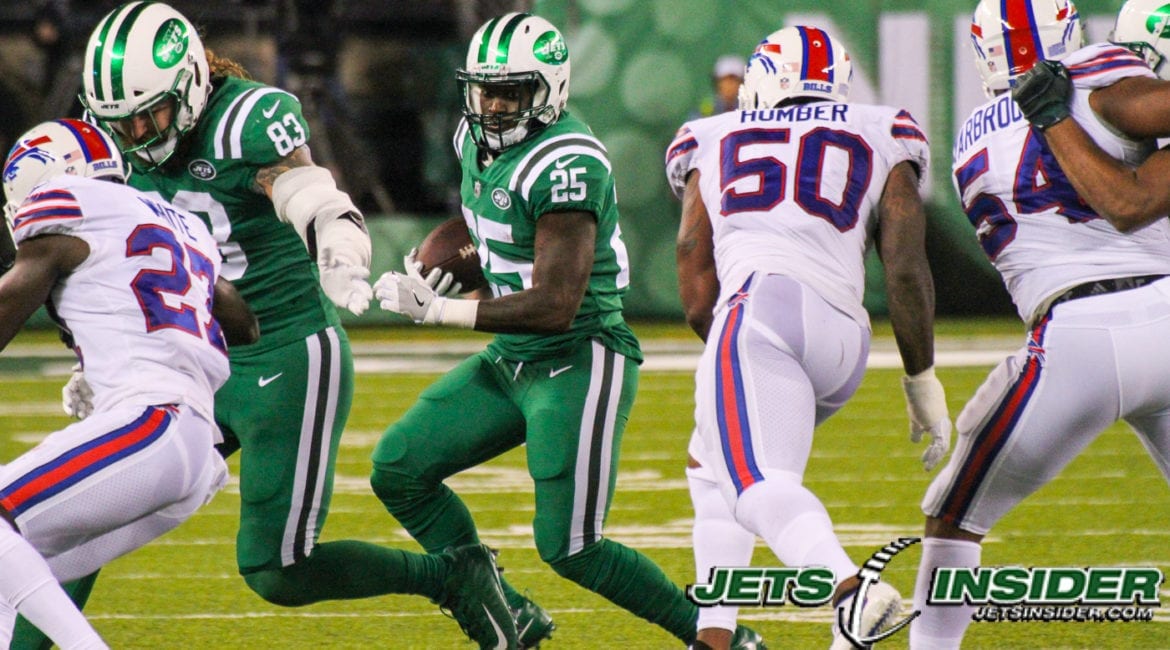 The New York Jets return home to East Rutherford this week to host their division rivals, the Buffalo Bills. After their 13-6 loss to the Miami Dolphins on Sunday, the Jets now hold a record of 3-6 and sit at third in the AFC East. The Bills are below them at 2-7 and suffered a blowout 41-9 loss to the Chicago Bears.

In the 2017 NFL season, the Bills qualified for the playoffs for the first time in 18 seasons with a 9-7 record. They lost a close one in the Wild Card round to the Jacksonville Jaguars by a score of 10-3. After a number of off season changes, the Bills have reverted back to their previous ways.

The Bills traded away starting quarterback Tyrod Taylor to the Cleveland Browns in exchange for a third-round draft pick in the 2018 draft. Taylor had been the Bills starting quarterback since 2014 and finished the 2017 season with completion ratings of 62.6%, 2,799 passing yards, 14 touchdowns and four interceptions. He also amassed 427 rushing yards and four rushing touchdowns.

Buffalo added a few new faces to the team. They signed former Panthers defensive tackle and former first round pick, Star Lotulelei. Lotulelei had been a member of the Panthers for the past five seasons and appeared in 76 games, starting 75 of them. He is having a slow year with Buffalo only recording five tackles and no sacks. Former Jets running back Chris Ivory found his way to Buffalo signing a two-year contract with the Bills in the off season. At the seasoned age of 30, Ivory is backing up starting running back LeSean McCoy. Ivory has rushed for 350 yards and has one touchdown so far this season. In the off season, Buffalo also added two secondary players. Safety Rafael Bush came over from the New Orleans Saints. So far, he has played in eight games this season and has 17 tackles on the year. The infamous Vontae Davis was signed by the Bills but didn’t last long. Davis gained notoriety during week two of this season after walking out on the team and retiring in the middle of a game against the Los Angeles Chargers.

The biggest addition the Bills made was drafting quarterback Josh Allen. Allen has started five games for the Bills and has a 2-3 record. He’s thrown for 832 yards and has two touchdowns and five interceptions. He has been dealing with an elbow injury the past two weeks and could return this week against the Jets. The Bills have also used quarterbacks Nathan Peterman and Derek Anderson this season, each losing both games in their starts.

This game against the Bills will be the Jets first meeting with a divisional opponent, other than the Dolphins, this season. Sam Darnold has suffered a foot injury so veteran Josh McCown will start this game. Here are some more details about this matchup.

Stop Buffalo’s Run Game: With various inconsistencies from the quarterback position, the Bills have been having more success with the run game than through the air. Buffalo has five rushing touchdowns on the season with three of them coming from quarterback Josh Allen, one from quarterback Nathan Peterman, and one from running back Chris Ivory. The running backs have totaled 676 rushing yards so far this season. LeSean McCoy is not having his best season (averaging 3.1 yards a carry) but he is still someone not to take lightly. He is still a big, tough running back that will be used over and over again to wear down the Jet’s defense. Whether it’s a quarterback scrambling or a running back punching through the offensive line, the Jets better be ready to stop the Bill’s rushing game.

Keep The Pressure Off The Quarterback: Despite their 2-7 record, the Bills pass rush is actually one of the bright spots of this team. They’ve racked up 22 sacks and 16 forced fumbles on the year which is impressive for a team that has nothing going right for them. The Jets offensive line struggled terribly against the Dolphins and Darnold ended up on his back four times. Though that wasn’t the sole reason why the Jets lost in Miami, it was one of the biggest issues facing a Jet team that should have won the game. If the Jets offensive line can’t hold the Bills, McCown will be running for his life, rushing his throws. Expect to see plenty of incompletions all day.

No Botched Snaps: It was tough to watch Darnold reach for snaps that were high, low, to the left and to the right of him on Sunday. In the past few games, Center Spencer Long has been snapping the ball erratically but it has never been as bad as it was on Sunday. Darnold’s pick-six came off a snap where the ball sailed high and to the right, throwing off his timing. Long played with a dislocated middle finger and was eventually replaced by backup Jonotthan Harrison. If Long is still having problems in practice this week, Harrison should get the nod to start against the Bills. If Bowles decides to go with Long and his injured finger, the McCown will have a rough go at it.

X-Factor: The Jets defense held the Dolphins to 13 points (seven points from a pick-six) giving the offense plenty of chances to tie and win the game. There were a multitude of issues stemming from the offensive line but Darnold’s four interceptions iced the game for Miami. This game against Buffalo could be low scoring as well and if so, Josh McCown will be the x-factor. Fans saw Darnold overthrow passes left and right including one which was the game clinching interception. He made terrible decisions throwing to players that were covered, even double teamed. If the game is tight against the Bills, McCown should play the safe card by throwing underneath and allowing the defense to set the tempo of the game.

Unfortunately, McCown  won’t be playing from the same play book as last season. McCown has yet to even take a snap under new offensive coordinator Jeremy Bates but has had plenty of time on the side lines to memorize the play book. He hasn’t started a game for the Jets since December 10th of 2017. The question is, will he be in the same form as last season or he will struggle under pressure and look a bit rusty? Either way, the Jets have a fighting chance to beat the Bills.

Prediction: Jets 15, Bills 9 – The Jets are the better team in this game but they’ll find that the Bills won’t just lie down and let them win. It will be a battle of the defenses and the team with the least turnovers will win. Both teams will have one or two breakout plays that will lead them into field goal range but neither squad will be able to finish drives in the red zone. Special teams will need to be clutch in converting field goals and pinning the opponents in deep starting territory.

Will Cromarties Words Help Or Hurt,First 2019 Victory Monday Game Balls,Jets Offensive Struggles Continue Lose To Skins 16 11,Passing On Cutler The Right Move,Jets Beat The Bills 27 11,Preview Jets 4 3 Vs Bengals 5 2,If The Pen Is Mightier Than The Sword Where Does Twitter Fall,Monday Morning Quarterback,Friday Notes From The Complex Stuckey Catching On,Offensive Funk