JetsInsider.com > News > Blogs > What Good is Stability and Consistency When it’s All Consistently Bad?

What Good is Stability and Consistency When it’s All Consistently Bad? 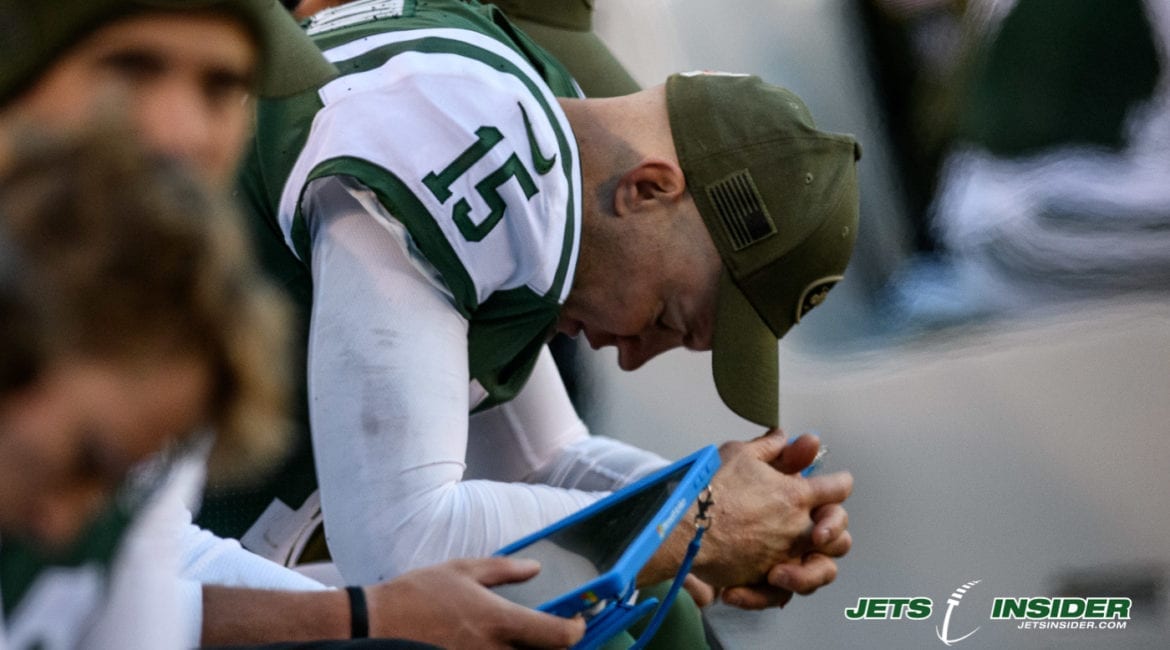 Here we are again, discussing yet another meaningless platitude of outdated thinking because that’s how it should be. The New York Jets are going to fire their head coach, but not yet because they don’t want to “disrupt the stability” for Sam Darnold and here I am, scratching my head in utter disbelief and amazement that anyone could describe this situation as stable.

I’ll say this one more time, against the Dolphins Todd Bowles waited until his starting center snapped his 15th bad snap before benching him and somewhere in between the first and 15th bad snap it certainly seems Darnold got hurt following a play that started with a bad snap. I am repeating this because it has not gotten nearly enough attention, I realize there’s a lot to criticize right now so maybe that’s distracting for some but if this season is about developing Darnold, as it should be, then how can you possibly argue for keeping Bowles by preaching stability? What could possibly disrupt Darnold’s development more than getting him injured because of pure incompetence?

This isn’t a cherry-picked argument either, one of my biggest criticism of Bowles is how hesitant he has been to bench players. Darrelle Revis, Muhammad Wilkerson, sometimes Buster Skrine, now Spencer Long (even though he was legitimately injured!) and maybe soon Trumaine Johnson. Want to guess why Bowles was so hesitant to bench these starters? Yup, you guessed it! Stability!

Consistency and stability are wonderful things, when everything is going great. They are worthless and damaging to the future when things are nosediving into a pool of despair. When you’re the Patriots you can preach stability. The good organizations don’t keep making changes, they stay consistent and stable, this is true. But you know why those organizations do that? Because the have the right people in place. If it ain’t broke, don’t fix it they say. Agreed, but why apply that same logic when it is so clearly broke?

What about this team do you want to remain the same? Why would you want to advocate for more embarrassing losses where they can’t get anything going? The losses are fine, you can live with losses in a rebuilding year starting a rookie quarterbacks, what you can’t live with is an inept and stagnant offense that can’t develop a first down.

Bowles is on his third offensive coordinator in four years, where were the complaints about consistency and stability when he fired John Morton? Meanwhile the early results suggest Jeremy Bates is looking like the worst of Bowles’ three coordinators, but sure let’s stick with that because something, something, stability. How could you watch this offense over the past four weeks and think, ‘yeah we don’t want to mess up what we have going here?’

The Jaguars stuck with stability, continuing to trust Blake Bortles instead of looking for an obvious upgrade, and lean on their ball-control offense and trust their stout defense to hold up. How did that work out? You can keep preaching stability, but look at the teams with stability. They have stability in who is in charge, but they aren’t keeping the status quo, they are constantly evolving. Look at how the Patriots offenses have evolved over the years; they started with a ball-control offense with a stout defense, then they got Randy Moss and started winning shootouts. Then they built their offense are two athletically gifted tight ends and a quick, short passing game. The Chiefs could have stayed with consistency and stability by sticking with Alex Smith, but look at what happened when they went with a quarterback that doesn’t play scared.

The Patriots, Chiefs, Rams, Saints and even the Bears now, are constantly evolving. They scheme their guys open then run counters off that scheme and once defenses adjust to the counters those offenses have counters to their counters. I’m going to use a quote from a college coach now, but the reason is because this type of thinking plagues the NFL as well. The University of Miami’s Head Coach, Mark Richt was asked about giving up his play-calling duties and said, “these plays have worked for thirty years.” First of all, if they had truly worked for 30 years Richt would still be at Georgia, but also it’s 2018 if you’re saying you’re still running the same plays from the early 90’s that’s a huge red flag. The game has changed, in college and the pros and the coaches that are so stubbornly sticking to the past because this is the football they grew up on and this is just how things are done are being left to fossilize in the tar pits as the smart teams evolve into birds and continue to survive.

Bowles is going to stay and finish out the season, but this notion that it’s because they don’t want to disrupt the stability around Darnold is absurd beyond belief. This article isn’t actually about Bowles or the decision to wait until after the season to fire him though, it’s to show how the mentality needs to change. It’s to try and get people to think differently, we can all agree the game of football has changed drastically over the past decade or so, so why are we still clinging to platitudes from a bygone era? This would be like basketball teams trying to stop the Warriors by building a team with strong post play.

Stop doing things just because it sounds good, or because that’s just how it’s always been done. Stop blindly following conventional wisdom and realize that the teams that find success in this league often do so by bucking conventional wisdom and forcing the rest of the league to adjust to them. Everything new sounds crazy until it works. We all praise Bill Belichick as some sort of genius, and if we’re grading on a curve then he absolutely is, but the reality is he’s simply willing to try something different and buck conventional wisdom. Sometimes it works, sometimes it doesn’t, but he finds his edge by thinking outside the box and not following trends.

When the Jets go coach searching this offseason they need to find an offensive mind who is willing to be aggressive, one who is willing to buck conventional wisdom. Find a creative coach that won’t force his talent to fit into his scheme, but one who will constantly adjust his scheme based on the specific talents of his players. Find the coach that will make the league adjust to him.