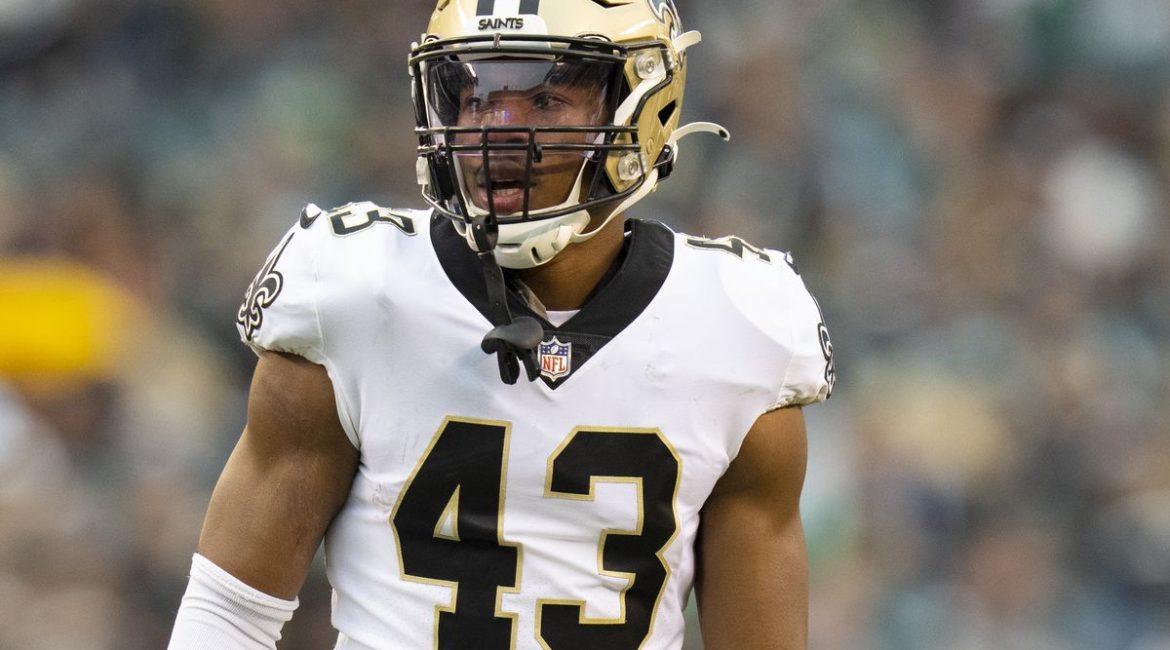 With the new league year starting today, NFL Free Agency is about to begin. The Jets are well positioned to be one of the major spenders in free agency, as they have a young roster filled with holes that need to be quickly improved on. Out of their positional needs, one could argue that safety is the most pressing one for the Jets. They lack talent and depth at the position. They had to resort to a rotation of multiple players signed off their couches last season.

Luckily for the Jets, the 2022 crop of free agents safeties is strong. There are multiple players available that would immediately improve the position group from where it was last season; the team will need to sign at least two safeties to improve a defense that gave up close to 30 points per game. This class also offers a mix of younger and older players at the position, giving the Jets multiple options in how they want to construct the back-end of their secondary.

With one of the best overall safety options, Jesse Bates, tagged by the Bengals, the main top-end player at the position for the Jets to pursue now is most Marcus Williams. Playing the first four years of his career with the Saints, Williams had 74 tackles and two picks for the team last season. He has amassed 15 interceptions already in his career and ranks in the 94th percentile of all safeties since 20217, according to Pro Football Focus. Williams also has a 89.9 PFF grade since 2019, the second highest out of all qualified safeties.

Only 25-years-old, the addition of Williams would give the Jets one lockdown safety for the foreseeable future. Williams’s 15 interceptions show the range that he plays with, something that fits within the defensive scheme ran by Robert Saleh and Jeff Ulbrich.

Considering Williams’s overall ability and versatility in terms of scheme fit, he is expected to be the highest paid safety on the market this offseason. PFF projects Williams to get a contract around four years and $64.5 million, giving him and AAV around $14 million.

Despite being a bit the older side, Quandre Diggs and Tyrann Mathieu offer consistent production and versatility to a defense that needs both of those things. Diggs, 29, was having one of his best seasons in 2021 before dislocating his ankle in Week 18. He had 94 tackles, 7 pass breakups, and 5 interceptions in 2021 with a 71.2 PFF grade. In Seattle overall, Diggs has two Pro Bowls and 13 interceptions.

Mathieu had 76 tackles, 2 tackles for loss, 3 INTs, and 6 pass deflections for the Chiefs. He can play in the box or roam the field in coverage and was voted the Cheifs’ 2021 team MVP, showing his value as a team leader.

On the younger side, players like Jordan Whitehead, Justin Reid, and DeShon Elliot are intriguing options that the Jets could add to their secondary. Whitehead, who is just 24 years old, has averaged over 70 tackles in his first four seasons. In those four years, he also has five interceptions, two forced fumbles, and 22 tackles for loss. Whitehead is great coming downhill in the run game and being physical, while also being above average in his aggressiveness in going after the ball.

Reid is just 25 years old, having 66 tackles and two interceptions in 2021. His numbers have dipped as the Texans have fallen off and since having two consecutive offseason surgeries. Yet, Reid displays elite athleticism and traits on the field and is well worth a flier.

Elliot is similar to Reid, as he is only 24 years old but has dealt with multiple injuries in his career up to this point. Before going on IR this season, Elliot had 23 tackles, an interception, and a sack in six total games. He is the type of player that will be on a “prove-it” deal for 1-2 years and will come at a much cheaper cost than players like Williams.

When it comes to the safety position, it is not a matter of if they sign any, but rather how many they sign. The Jets will need to determine their price range for the position, as that will dictate the type of player the organization will pursue. If the team wants to “break the bank” on safety, then players like Williams, Diggs, and Mathieu, who all are expected to recover contracts with an AAV over 10 million dollars, will be their target. If the Jets want slightly cheaper options, then guys like Reid and Elliot come into play. In addition, players like Malik Hooker, Jabrill Peppers, and Jayron Kearse are depth options that would immediately improve the position group.

Taking the Jets’ cap space into account, the best scenario for the safety position is that the team signs one upper tier player and one second tier player. The Jets have a lot of holes on the roster, but in such a pass-happy league this is a position that must have talented players at it. A combination of Williams and Reid, Mathieu and Whitehead, or Diggs and Hooker would drastically improve the safety position and make it one of the better position groups on the roster.

Overall, the Jets need to address the back end of their secondary in a major way. They need two additions at a minimum, and with such a deep safety class, the team should be able to improve one of the worst position groups on their roster. If they can accomplish that, the Jets will be on their way towards competing in a much bigger way in 2022.