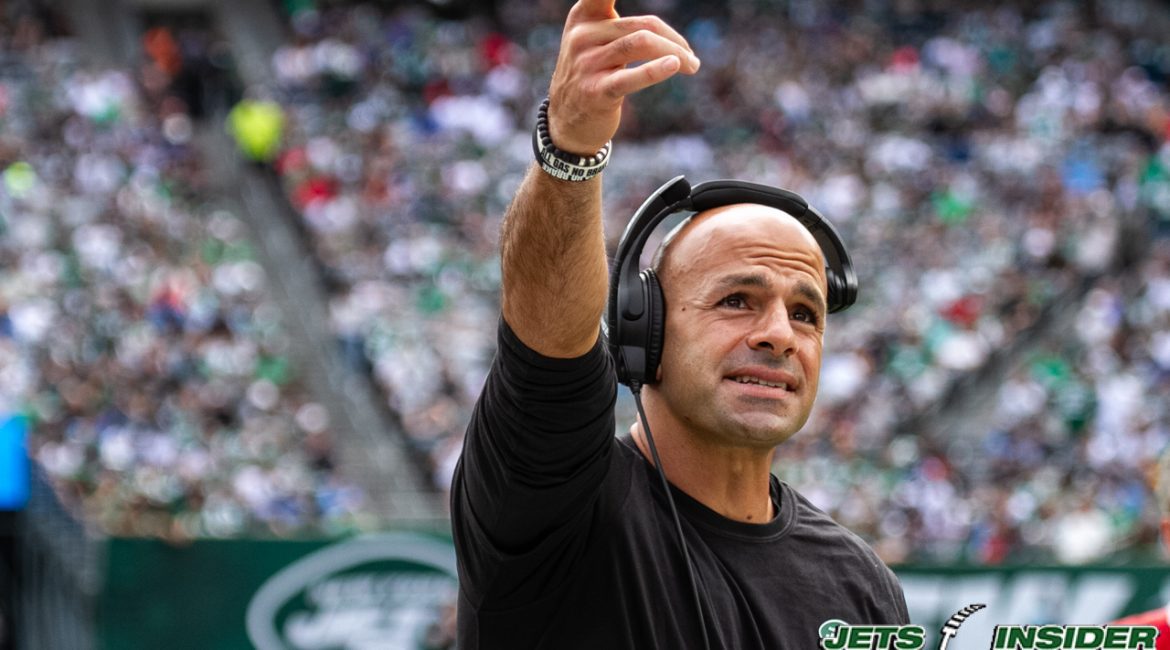 With the NFL Combine now behind us, one of the most pivotal off-seasons in recent history is kicking into high gear. The Combine offered the Jets and other NFL teams their best look at players on and off the field; the testing, interviews, and medicals allow teams to formulate their draft boards and get an idea of which players they want to target. It is the event that can help shape how teams approach Free Agency, which begins on March 16th, in conjunction with the draft.

In the Jets case, they have a myriad of holes on the roster that need to be filled. Fortunately, they are in a position to fill and improve many of those holes; the Jets have over 50 million dollars in projected cap space and own five picks in the top 100 of the draft. This affords the organization the ability to utilize all of their resources to inject more overall talent into the team.

Robert Saleh and Joe Douglas echoed the sentiment that they are looking to help make life easier for Zach Wilson. Saleh said, “Having a better defense, improving our defense, is at the front of our minds.” The organization sees improving the defense as a key component to ensuring that Wilson is able to take the next step in his development; the Jets gave up 29.6 points per game last season, and the team sees that even a marginal improvement over being dead-last in total defense will help alleviate the stress on the offense.

Among their needs on the defense this offseason, adding an EDGE rusher is the top priority. Even with Carl Lawson in the fold, the team lacks a true threat opposite of him. While the team could add a player like Chandler Jones or Randy Gregory in free agency, the Jets may consider signing a cheaper option at the position or pursue more expensive additions on the offensive line and in the secondary. As a result, the Jets will most likely be looking to add an EDGE through the 2022 NFL Draft. Luckily for them, this class offers lots of depth and talent at the position, most of which was on display at the aforementioned NFL Combine this past weekend.

Michigan’s Aidan Hutchinson and Orgeon’s Kayvon Thibodeaux are the headliners of this class. Both players are considered top five in the entire draft class due to their mixture of athleticism, talent, and production at the college level. Neither guy disappointed in the on-field testing portion of the combine. Hutchinson ran a 4.74 40-yard dash with a 1.62 10-yard-split, had a 6.73 three cone time, and a 4.15 short shuttle. While his 40-yard-dash was not exceptional, his 10-yard split and above average three-cone and short shuttle times showed why Hutchinson is valued as a top edge rusher. The testing numbers matched the tape for Hutchinson, as he used his ability to have 14 sacks this past season.

When asked why teams should take him in the draft, Hutchinson exuded confidence in his ability and spoke on his development as a player. “I think I’ve gotten just a lot more mature in my game…I mean I’m a completely different player from what I was freshman year. You can’t really compare 2018 Aidan to this Aidan now because I’m completely different. I am way more confident in my game and I’m just ready to go,” said Hutchinson.

Thibodeaux ran a 4.58 40-yard dash with a 1.59 10-yard split while also having 27 reps on the bench press. The Edge prospect elected to not do the short shuttle or 3-cone drill, instead choosing to wait until his Pro Day at Oregon to do both edge and linebacker drills. Despite this, his 40-yard dash time and bench press number back up the speed and power combination that Thibodeaux has shown on tape. Thibodeaux expressed in his interview session that he relates football to chess and that he is “thinking moves ahead” when it comes to pass rushing.

“You have to think ahead to your second move, and then your third move. You talk about pass rush, I’m going to hit you with speed first, and then that’s going to set up my power moves and then my counter. So if you’re going to watch the games, you see me with the flash. It’s about being able to dictate, it’s like a heavyweight boxing match — jab jab hook, you want to change it up. And then realize that when the fourth quarter comes around you have to put it all together,” said Thibodeaux.

Outside of Thibodeaux and Hutchinson, multiple other Edge rushers made a case for their name to be called in the first round. Georgia’s Travon Walker had one of the best performances of the weekend, running a 4.51 40-yard dash at 272 pounds while also having a 6.89 three cone and a 4.32 short shuttle. Walker also put up a 35.5 inch vertical jump, adding to a performance that showed off his elite athleticism and explosiveness.

Florida State’s Jermaine Johnson and Michigan’s David Ojabo also impressed this past weekend. Johnson ran a 4.58 40-yard-dash at 258 pounds while also displaying the bend he uses to rush the passer and set the edge in the run game. Ojabo ran a 4.55 40-yard dash and had a 1.64 10-yard split. Ojabo also reflected his good pass rushing tape by showing his athleticism and technique in getting after the quarterback.

Jets GM Joe Douglas said that he sees the Edge class as “really good draft in terms of the depth” and is happy to have the opportunity to potentially add one in the team’s first four picks. “The opportunity to get any player that we feel can come in here, improve our roster, help our team, on a team-friendly deal, a draft contract, it’s a huge thing. It’s a great opportunity with us, currently with picks four and 10, and then four picks in the top 40, we have a real opportunity to add four dynamic difference makers to this team,” said Douglas.

Even with all of the mentioned top Edge rushers, there are still more that they Jets could look at. Boye Made, Drake Jackson, Amare Barno, and Arnold Ebiketie are among the second round to mid round options that could be available for the Jets. Consider the fact that Hutchinson and Thibodeaux could be gone before pick four and Walker and Johnson before pick 10, it is imperative that the Jets do their due diligence on the entire draft class of edge rushers.

This is a position that the Jets need to address, as the organization’s pass rush has been either non-existent or limited for the better part of the last five years. With such a deep draft class at the position, the Jets should leave Las Vegas with one, if not two Edge rushers to bolster their overall defense. Addressing this position in an adequate fashion will ensure that pressure is taken off of Zach Wilson’s shoulders, ensuring better balance for the team and improving their chances to be competitive in the 2023 NFL season.