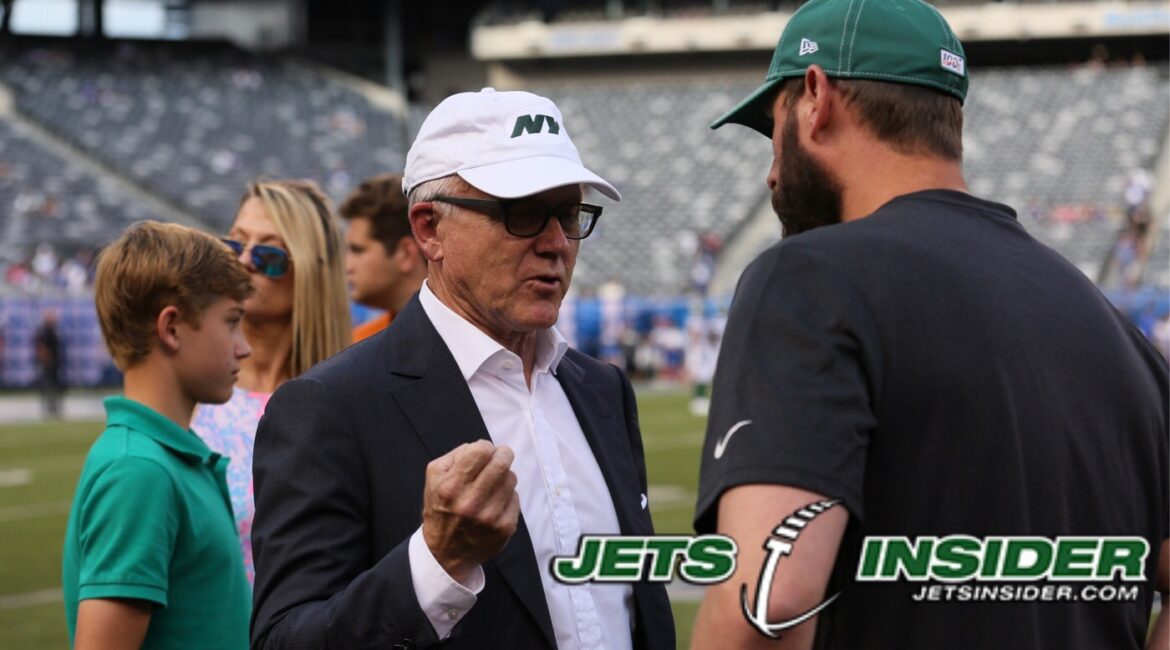 As presently constructed it’s damn near impossible to imagine how either the Broncos or the Jets could beat any other team in this league. Both teams are littered with injuries. Maybe they could beat the Giants, maybe. But that’s about it. At least for the Bronco’s sake, they can say their current standing is mostly injury-related. The Jets were a barren roster, with obvious coaching issues, even before the injuries started piling up.

Tonight these two teams meet, looking for their first win of the season and Jets fans are already feeling defeated. Not because they expect to lose again. But because they’re starting to feel like it doesn’t matter if they win or lose as long as Adam Gase gets to keep his job.

This week started with Jets fans getting excited because Colin Cowherd, who has never been right about anything, said Gase was cooked. He said the Jets were already putting out feelers to look for a new coach and Gase would be fired. The Jets putting out feelers for a new coach well before firing their current coach is what the Jets do. This is how they operate. Unless something miraculous happens and Gase somehow rights the ship, he will be fired by the end of the year. But the Johnson’s do not like firing coaches mid-season.

The excitement over Cowherd’s comments faded as other reporters have pointed out that Gase is likely safe… for now. JetsInsider has been told, by multiple sources, that it would take a disastrous embarrassment tonight for Gase to be fired this early. This should upset fans. It shouldn’t fill those fans with a blinding rage though. What should fill said fans with a blinding rage is the reason why they don’t want to fire Gase mid-season.

“The hope is that Gase and the team can do a U-turn, starting tonight, similar to how it finished 6-2 last season,” Wrote NFL Network’s Ian Rapoport. “Pulling the plug now may satiate a frustrated fan base, but would it do any good?”

Will Gase Get Fired

That, my friends, is some top-notch gas-lighting from Rapoport’s source. And that source has been making the rounds because you can find the same exact gas-lighting being trotted about by beat reporters. There’s a lot to

During that eight-game stretch, the Jets beat juggernauts like the Giants, Washington, Raiders, and Dolphins. Then beat the Duck Hodges and Mason Rudolph led Steelers and a Bills team that rested it’s starters because they were heading to the playoffs. That wasn’t a U-turn, that was a fortuitous schedule. It was an illusion. A poor illusion to anyone that was committed to being objective.

To top it off the Jets offense was still a disaster to finish the season. They made that “U-turn,” because the defense played well against a bunch of lousy offenses. The offense still mostly stunk. This was never anything to be hopeful about. Fans were sold a false bill of goods at the time and it worked enough that the organization is hoping the same exact play will be enough now. It’s not.

“Is it fair to judge a coach after four games with so many key pieces injured?” Rapoport wrote. “Would a coaching change and a lame-duck coaching staff benefit a third-year quarterback attempting to find his footing?”

So let’s see if we got this right? The prevailing thought of everyone who understands football, can evaluate football on their own, is Gase needs to be fired because he is a bad offensive coach who has caused Sam Darnold to regress. But the people who get their understanding of football from what their sources tell them say it would be bad to get Darnold away from the coach that broke him?

Gase was hired specifically to develop Darnold. The defense has been abysmal this year, but who cares? The defense is irrelevant. Gase got hired because he’s a “brilliant offensive mind,” yet Darnold has regressed since his arrival. Darnold’s footwork is an absolute mess, he doesn’t look comfortable or confident at all. And this is the guy that you can’t take away from Darnold? You don’t want a new voice in Darnold’s ear so instead, stick with the one that has failed him so far? In what world does that make sense? Not even in 2020, where the only thing that makes sense is that nothing makes sense, does this make any logistical sense.

Now let’s consider all the players who improved the second they got away from Gase. Ryan Tannehill, Kenyan Drake, DeVante Parker, Jarvis Landry, Damien Williams, and Mike Gesicki to name a few. By the way, how’s Robby Anderson looking in Carolina? And we are supposed to believe a new voice in Darnold’s ear would be a bad thing?

Ask Kyle Shanahan about coaching a roster littered with injuries. Yes, the Jets have a bunch of injuries but go ahead and point out which injured players would have been able to help this team get a win? It’s not about the injuries. It’s not about the lack of talent, and there is absolutely a lack of talent. It’s about examining this stale, boring, safe, don’t even bother offense. It’s about refusing to try anything new, anything different. It’s about repeating the same exact mistakes Gase made in Miami. The same mistakes that led sensible people to know the decision to hire Gase was a truly terrible decision from the jump. It’s about a failure to take accountability and a stubbornness to try anything different. Even when that something different would play to the strength of the players.

Fans should be mad. Not because of the poor product they are stuck rooting for. No, they should be furious that this organization continues to treat them like they are stupid. Every fan base has stupid, naive fans that will eat this slop up. But most Jets fans are numb to it. They’ve heard it all before and they recognize bullshit when they see it. The idea that this “brilliant offensive-mind,” who has never done anything brilliant outside of making Peyton Manning like him, has failed to make this offense even respectable and has clearly broken Darnold will do more damage to Darnold by not sticking around is absurd on its face.