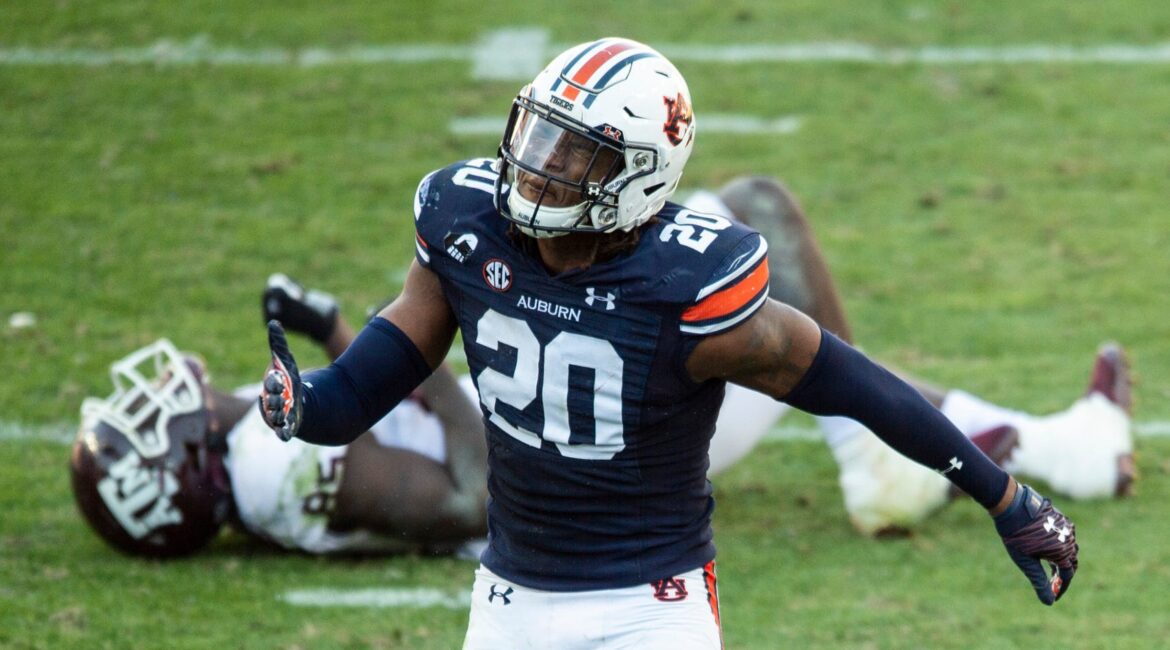 After trading the conditional 4th round pick received in the Alijah Vera-Tucker trade up, the Jets made two 5th round picks in rapid succession at 146 and 154. They selected… a pair of safeties, Well, not really. The Jets seem pretty solid at the safety position, and it’s unlikely either of these DBs will actually line up at safety for the team.

The first was Auburn DB Jamien Sherwood. Sherwood has great size (6’2”, ~215lbs) and is billed as a physical player with good instincts. He’s not a good athlete, and has sometimes struggled playing defensive back. It seems extremely likely that Sherwood will play linebacker for the Jets, as they’ve been seeking an undersized WILL to cover tight ends and bang in the run game since they missed out on Keanu Neal in free agency. Sherwood will also play special teams.

The second player was the complete opposite: a great athlete who also happens to be very small. Michael Carter (again) lined up all over the defensive backfield for Duke, but his physical and athletic profile indicates the Jets are likely taking a swing at a slot corner here. It’s been rumored that the Jets want to get cheaper and younger at slot corner, and this would seem to be a move in that direction.

In any case, the Jets are continuing to fill out their draft with whatever value they can find. It isn’t about need anymore; they’ve already gotten through the meat of their class. At this stage of the draft, it’s about finding anyone you think has a remote chance of being a useful player.