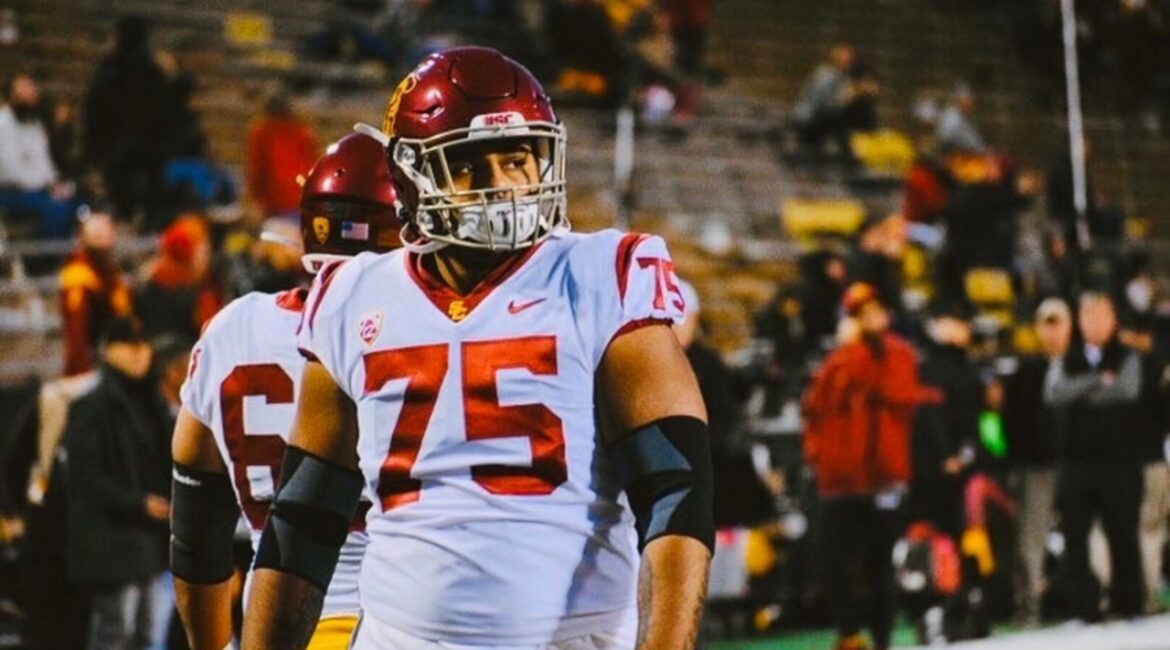 Joe Douglas said he wasn’t going to fail Zach Wilson like they failed Sam Darnold. And after taking Wilson at two, Douglas wasn’t about to wait around to pick 23 to get that help. Douglas traded all the way up to the 14th spot to take an absolute bully of an offensive lineman.

With that 14th pick the Jets took USC Tackle, who will surely slide inside to guard, Alijah Vera-Tucker. On a roster with plenty of holes, none was more important to fill than the inside of the offensive line. They still need to find a second guard later in the draft, but they got the highest rated guard in the draft.

Vera-Tucker is 6’4″, 300 pounds and he can move. Lining him up next to Mekhi Becton is going create a bulldozer effect on the left side of the line. Vera-Tucker’s got elite athleticism and is a perfect fit for the wide-zone system. High IQ player, uses his body well, aggressive and physical. Excellent both as a run blocker and a pass protector. This is an absolute home-run pick by Joe Douglas. Getting Vera-Tucker is a dream pick to follow-up Wilson.

It wasn’t cheap. It cost the Jets the 23rd overall pick (One of the Jamal Adams picks) and both of their thirds (also one of the Adams picks). In return the Jets got the 14th overall pick and a late-fourth (143 overall) from the Vikings.

That’s a steep price but that’s what it should cost to move that far up. And the reward will be worth it as Vera-Tucker will be both a bodyguard for Wilson and open up big holes in the running game.