Mike White Gets His Chance to Keep Hot Streak Going 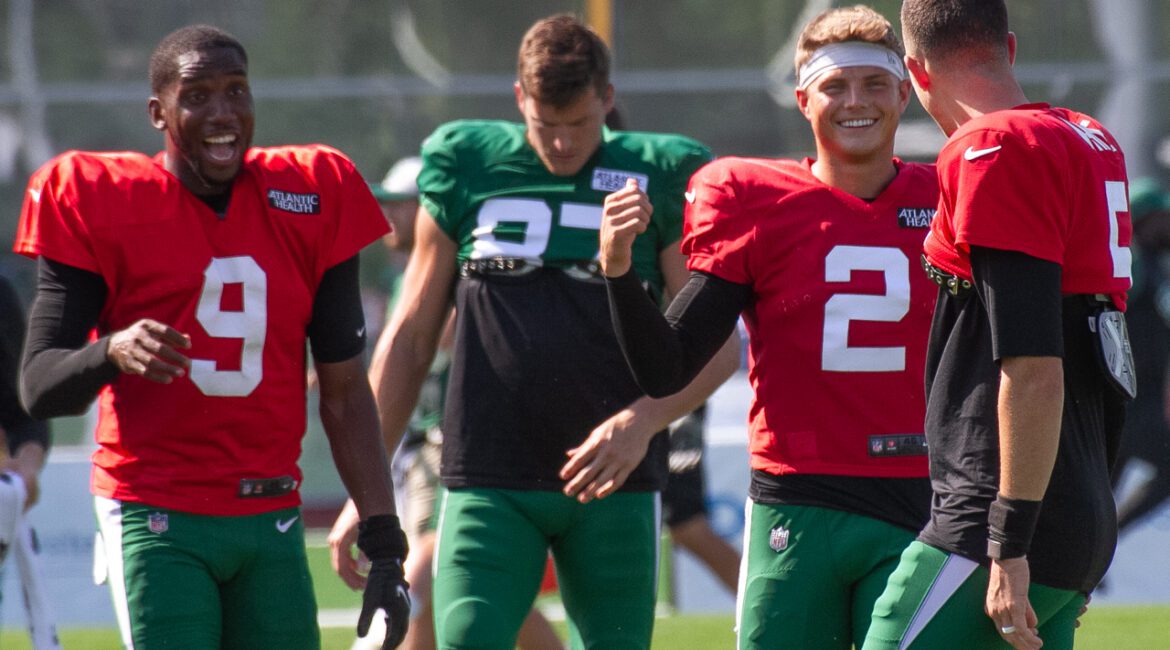 Coming into this week, the spotlight has been positioned on the New York Jets’ quarterback situation. Mike White was coming back from an injury suffered in the Colts game, while Zach Wilson was expected back at practice for the first time since his injury. There’s also Josh Johnson and Joe Flacco in the mix. With Wilson still not 100 percent, White gets another chance to keep this offense humming.

Buffalo presents a legitimate test against one of the NFL’s top defenses. They have only allowed one passer to go above 250 yards passing on the entire season, and haven’t let a quarter throw for more than two touchdowns in a single game. Despite the challenge that Buffalo poses, both Robert Saleh and Mike LaFleur have confidence in White’s ability to lead the offense this week.

“What you see in practice and OTAs and Training Camp, and what we’ve seen, just this calm, cool, loose personality. It’s not too big for him,” Saleh said. “His ability to stay calm, cool, and collected within the moment and take one play at a time, is pretty cool for a young guy in his first and second start.”

LaFluer added to that sentiment, praising White’s command of the offense. “You can tell he’s been in this league for four years… Just all the different experiences that he’s dealt with, even just off the field, not playing and watching these guys. He’s got great command of it. The guys trust him, they believe in him and I think you can feel it with the other guys around him,” LaFluer said.

With both Saleh and LaFleur heaping praise on White, it is no surprise that White has the utmost confidence in himself. The quarterback told reporters that he “definitely” believes he can be a long-term NFL starter.

“Executing an offense and playing quarterback in this league, I can prove that to other teams, to this team, and mainly my teammates,” White said. Then White told reporters just how confident he is in himself, saying that he “should’ve been a number one overall pick.” So, yeah he has “100 percent confidence” in himself.

While White is looking to make the most out of his big opportunity Wilson is taking the week to recover from his injury, without a guarantee to get his starting position back this season. Saleh said “it comes down to what’s best for the organization and the team.” However, Saleh expressed confidence that the situation will sort itself out “organically” by the end of the year.

With the uncertainty of the rest of the season in play, Wilson is only focused on what he can control as a player. The rookie quarterback said that he has a close bond with White, and can take advantage of seeing how he plays the position.

“I can learn from the reps he is going through and the things that he’s seeing and doing. My time will come, and I just gotta work on getting healthy and taking my practice reps seriously,” Wilson said. Wilson added that watching is “almost as beneficial” as playing, specifically seeing how White takes care of the ball during the game.

“His ability to quickly go through the process, his ability to not feel like he needs to force something and just taking what the defense gives him,” Wilson said. “I would say my style of play needs to get more like that.”

This week’s game could set the stage for the Jets quarterbacks for the rest of the year. Another impressive White performance most likely means the Jets ride the hot hand until he cools off. But If White lays an egg this week, the team can easily transition back to Wilson in time for for Miami.