JetsInsider.com > News > Blogs > Next Man Up: Jamien Sherwood is Looking to Fill the Jets’ Linebacker Void

Next Man Up: Jamien Sherwood is Looking to Fill the Jets’ Linebacker Void 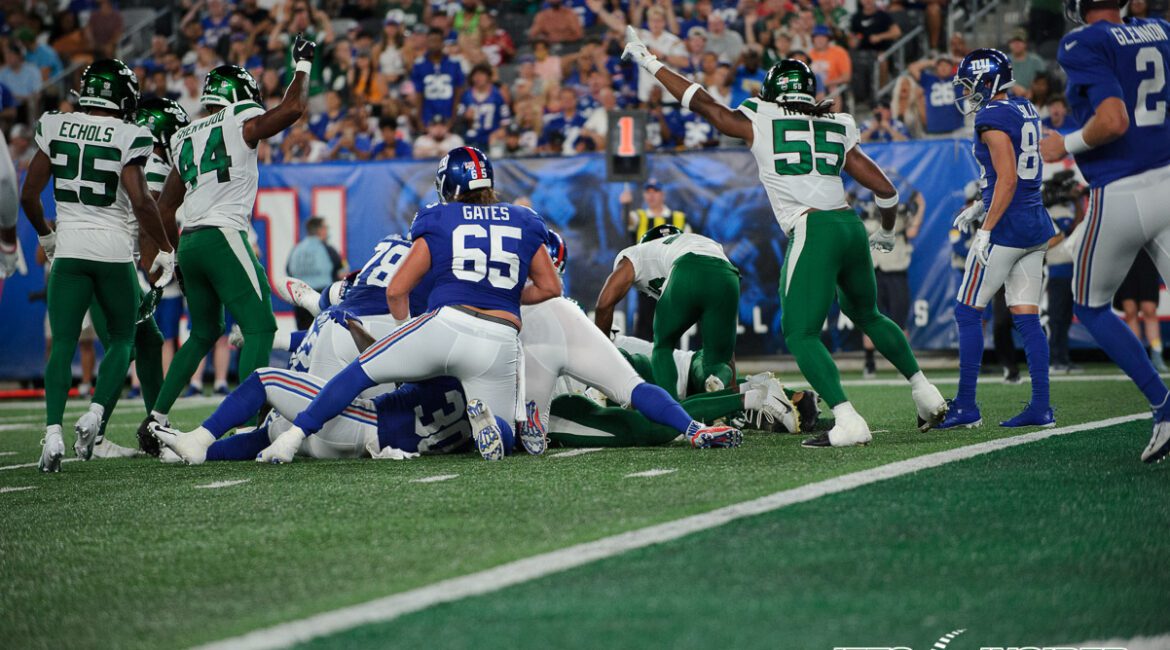 During the off-season, the Jets addressed the linebacker position by signing former Lion Jarrad Davis. Possessing the size and quickness that is valued in Robert Saleh’s defensive scheme, the Jets were hoping they could help Davis capitalize on the potential that made him a former first-round pick. Unfortunately, Davis suffered an ankle injury that will keep him sidelined until after the team’s Week 6 bye in October.

But despite another massive loss to a defense that has also lost Vinny Curry and Carl Lawson for the season, Saleh is confident that rookie Jamien Sherwood will be able to fill the void Davis’s injury has left. Saleh said that he is expecting Sherwood “to slide in and pick up where Jarrad left off.” Saleh also said that Sherwood has “been having a really nice camp and it’s an opportunity for him to step in and take on a bigger role.”

Sherwood is an interesting player for the Jets, as he predominantly played safety at Auburn at his 6’2 height. Yet, the Jets transitioned him to a linebacker position during camp; Sherwood was running with the second-team defense before getting the promotion to the first-team. Sherwood said that “it’s a great opportunity for me” when asked about being elevated to a starter. “They drafted me to be here. So you know, just proving to them that I’m supposed to be here and just doing my job the right way, living up to the standard. Like I said it’s a good opportunity for me and just playing ball,” Sherwood said.

The converted linebacker explained how one of the main differences between playing safety and linebacker is shedding the blocks of offensive linemen. “So at Auburn, I was a safety and I never had to encounter blocks, at least from offensive linemen. It was usually a receiver. Me being one of the bigger ones (safeties) in college, I was able to get off them easily. So the biggest transition is my block pro…using my hands and getting on and off those blocks,” said Sherwood.

Despite this transition, Sherwood said that he “most definitely” feels comfortable at the linebacker position already. “For scheme wise, it’s easy for me. My biggest asset to the game is communication and learning the playbooks and stuff like that. So when I got out there and finally got the grasp of the playbook and the plays, it was just like the back of my hand. It was real easy”, said Sherwood when discussing how he adjusted so fast.

Sherwood also mentioned how C.J Mosley and Jarrad Davis have helped him adjust to the NFL game as a linebacker and how “they are great leaders to have” in the locker room. “When we are in the meeting room, I’m asking them questions, how can I do this better? And me and JD playing the same position, I get to watch him firsthand, do the same calls.” said Sherwood.

By having the ability to learn from multiple veterans at the position and a positive attitude regarding a position switch, Sherwood is settling in at linebacker quicker than most expected. As a result, he has caused a possible comparison to another defensive back-turned linebacker to be drawn.

Saleh was quick to say that Sherwood has a “long way to go” before fully comparing him to Fred Warner, a nickel cornerback who was converted to a linebacker. Warner’s conversion was within Saleh’s defensive scheme, and he has gone on to become one of the best linebackers in the NFL. Of his newly converted linebacker, Saleh said “Sherwood has a tremendous mindset to him. He’s extremely smart, he’s got great command of the playbook already, he’s got respect of his peers, he is an unbelievable communicator. And he doesn’t look like Fred but, he’s sitting there right around 220-225, he’s got tremendous length, tremendous instincts, he’s got a great feel for the game.”

Saleh’s backing of Sherwood only reinforces how positive his transition has been for the Jets’ defense. While many expected Sherwood to take on a large role later in the season, injuries have forced the team’s hand and allowed the rookie to immediately step into the spotlight. It is far too early to anoint Sherwood as the next superstar linebacker for the Jets, but if he can provide production anywhere near a player like Fred Warner during his rookie year, the duo of him and Mosley have the potential to be successful. 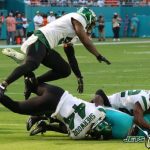