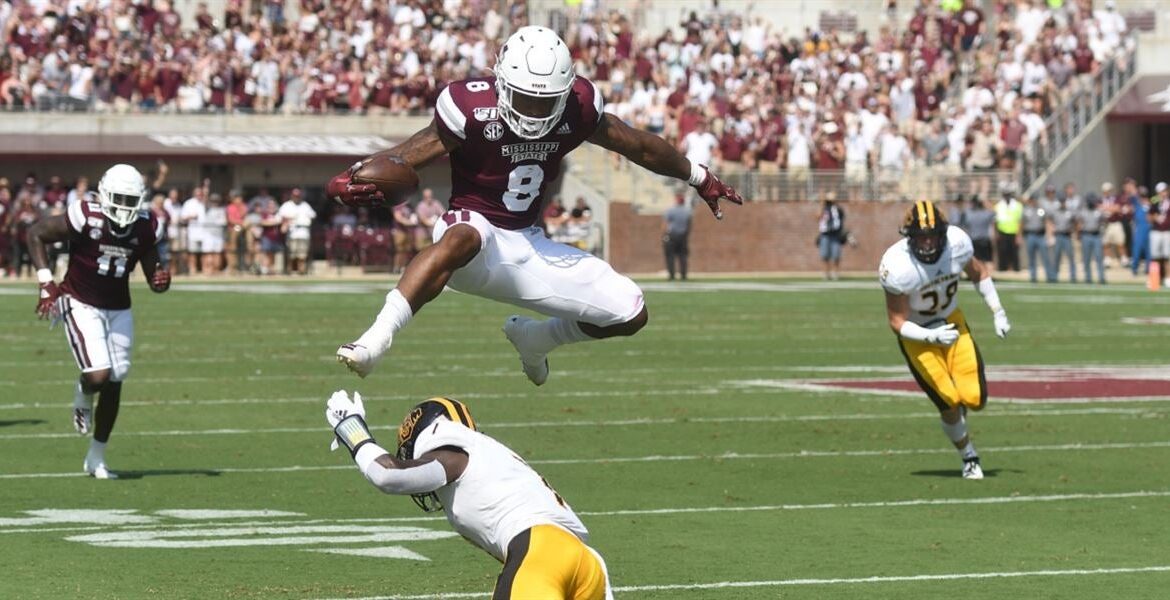 Of course who the running back is matters on some level, it would certainly be a huge problem, if say, I was a team’s starting running back. That would get you a negative three yards and 12 broken bones per carry. Of course it helps to have the best running back possible, but it’s still the least important part of having a successful running game.

A great running back can be completely neutralized by a poor offensive line. An average running back can look elite running behind a great line. In the most literal sense, yes of course running backs matter. They just don’t factor into the end result nearly as much as other positions. This reality is why so many smart people are adamant about not drafting running backs early. Running backs are fun!! I’ll let you in on a secret, I actually miss the days when running backs did matter. They mattered a ton, but the game has changed. I miss watching a running back get the ball and 30 times a game and all 30 times watch said running back try to evade 11 would-be-tacklers over and over again. But it’s just not an efficient strategy anymore.

Much like the NBA has evolved to take more three-pointers, because three is more valuable than two, and MLB has evolved to a home-run or nothing strategy, the NFL has figured out you can move the ball more efficiently with a good passing attack. And if you have a good passing attack then defenses have to respect that and all of a sudden you can also run the ball more efficiently. And at the heart of both the passing and running games the offensive line tends to be a catalyst.

When it comes to the draft the best long-term play is to draft best player available, but nothing is ever that simple. It’s really a combination of best player available combined with the value of said position. This is why quarterbacks always get drafted so high. It’s the scarcity of good quarterbacks that make teams say we need to draft them early or we won’t have the chance to draft them at all. It’s also why regardless of how good a punter is you still won’t see them get drafted high.

I love me some Najee Harris. Hell, I’m president of his fan club. Okay, that’s a lie but let’s pretend. Selfishly, as a reporter covering this team, I would love for the Jets to draft him. As fun as it is to watch him play football, he seems just as fun to talk to. And yet as much as I love him, it still wouldn’t be smart roster-building to draft him. He’s awesome, but an offensive lineman, coverage linebacker, wide receiver, cornerback or edge player would bring much more value to this roster.

Same applies to Javonte Williams and Travis Etienne. Etienne is constantly getting mocked to the Jets and for good reason. He’s a home-run hitter, a constant threat to break one and is a clear fit for the wide-zone running game. But he has one pesky flaw that makes him a less than ideal fit for the 2021 Jets in my opinion. It’s that MLB thing of home-run or nothing, Etienne is a big swinger who is always looking to break one. That means he will often pass up an open hole for an easy three-to-four-yard-gain so he can try to break off a 50-yard-run. Sometimes this strategy pays off and he cruises for a big touchdown, sometimes it will end in a three-yard-loss instead of an easy positive gain.

If Patrick Mahomes or Aaron Rodgers is your quarterback then it’s no big deal, they can make up for that negative play. But if you’re starting a rookie quarterback? Now we’re talking about potential drive-killing plays that put that rookie quarterback in a bad spot. And if that rookie is an aggressive, gunslinging Zach Wilson? Yeah, I’d be a little concerned. Etienne is going to be an excellent back, but that one little concern is all I need to reenforce my desire to not draft a running back before round three.

If you, like me, love everything about Javonte Williams except for how high he’ll be drafted then you might be interested in his former teammate, Michael Carter in say, round three. Carter is two inches shorter and 18 pounds lighter than Williams and isn’t nearly as dynamic. But he’s a fit in this offense, with fantastic patience and vision who uses his blockers well. He’s a slippery runner and can be relied on in the passing game. He’s not going to be a bell-cow, but he can be an impactful as a complementary back.

Were you impressed with what you saw out of Antonio Gibson last season? Did you want the Jets to draft him? Well then, can I interest you in a Kenneth Gainwell? Like Gibson there’s scouts that think Gainwell would be an excellent slot receiver. He’s a smart and creative runner with explosive quickness and a capable and willing blocker in pass protection. It’s fair to wonder if he could withstand the punishment on his body to be a lead, three-down back but his versatility and playmaking ability are enough to sell me on taking him with one of the two thirds.

If no Gainwell in the third then give me Kylin Hill in the fourth or fifth. I think Hill is deserving of being an early-third-round-pick but this is a deep class and some scouts/teams might knock him down for opting out during last season. He played a couple of games, showed that he’s a capable pass-catcher then opted-out. That’s the sign of an intelligent kid and not something I would knock him for. He’s not as explosive as previously mentioned backs, but he can spot a crease and turn upfield in a hurry. He runs with great balance and his solid frame is difficult to bring down. Has the ability to be effective in the pass game as well as withstand the punishment of being a lead back.