JetsInsider.com > News > Blogs > Standing Out From the Crowd: What Bless Austin has Done to Open Eyes at Training Camp

Standing Out From the Crowd: What Bless Austin has Done to Open Eyes at Training Camp 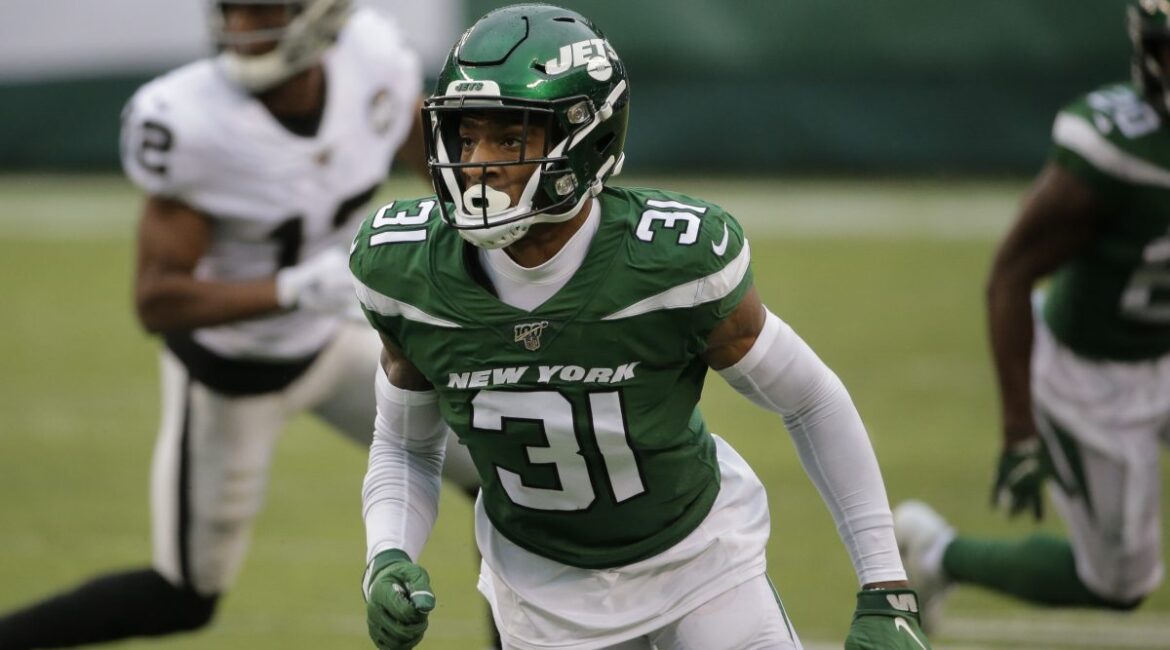 After an active offseason that saw the Jets bolster their defensive line, revamp their receiver group, and draft a new franchise quarterback, the main need in many eyes became the cornerback position. Coming off the 2020 season the team was ranked 28th in total passing yards allowed and 27th in passing touchdowns allowed, according to Pro Football Reference. With such an inexperienced unit, most are expecting the defensive line and linebackers to cover up the team’s weaknesses on the boundary.

But up to this point in camp, the coaching staff has been impressed and excited about their young cornerback group. One of the main reasons for the coaches’ excitement has been Bless Austin, as he has began to separate himself from a crowded position group. Defensive Coordinator Jeff Ulbrich called Austin “long, strong, aggressive and tough,” and said, “He’ll challenge you. He wants to play at the line of scrimmage, he wants to get his hands on you, he wants to disrupt.”

Head Coach Robert Saleh expressed a similar sentiment to Ulbrich, calling Austin “wiry and twitchy” as a player. Saleh said “Bless, he’s got a dog’s mentality from a football sense. He is absolutely fearless, he’s very strong at the line of scrimmage. At least from the time I’ve gotten here, doesn’t look like he’s really bothered by the play before, he can move on.” Saleh highlighted the attributes Austin brings as a player and now feels “it’s just a matter of working the technique and understanding where you work in the defense.”

For a player that has yet to fully break out, Austin has seemingly received the full support of the coaching staff. But even though the coaches have confidence in him, Austin is not content to rest on his laurels during practice.

“I still see things I need to work on and hone in on… I’m constantly looking for areas to develop my game,” said Austin. Austin also explained how he shuts out the outside noise regarding both his and the secondary’s inexperience. “I know what I’m about, and other people in the league who I’ve guarded know what I’m about as well. So I just let people do they talking,” said Austin.

Austin also expressed confidence in his abilities when asked about how he feels about the Jets not bringing in any veteran competitor at the position. “There is a reason why they didn’t bring a veteran corner in here… They see something in us,” said Austin. Austin added, “I think I’m the real deal, ain’t no secret in that. Click the tape, press play. Of course I made mistakes, but there’s also a lot of plays I made on that field that other corners in this league are not making.”

With Austin’s mindset complementing his strong play, it is easy to see why the coaching staff is so high on him. Only 25-years-old, Austin has the opportunity to utilize his length and toughness to cause problems for opposing defenses. A strong third year is definitely in the cards for the cornerback, and if he can avoid injury, Austin could solidify his starting role in the Jets’ secondary for the foreseeable future.