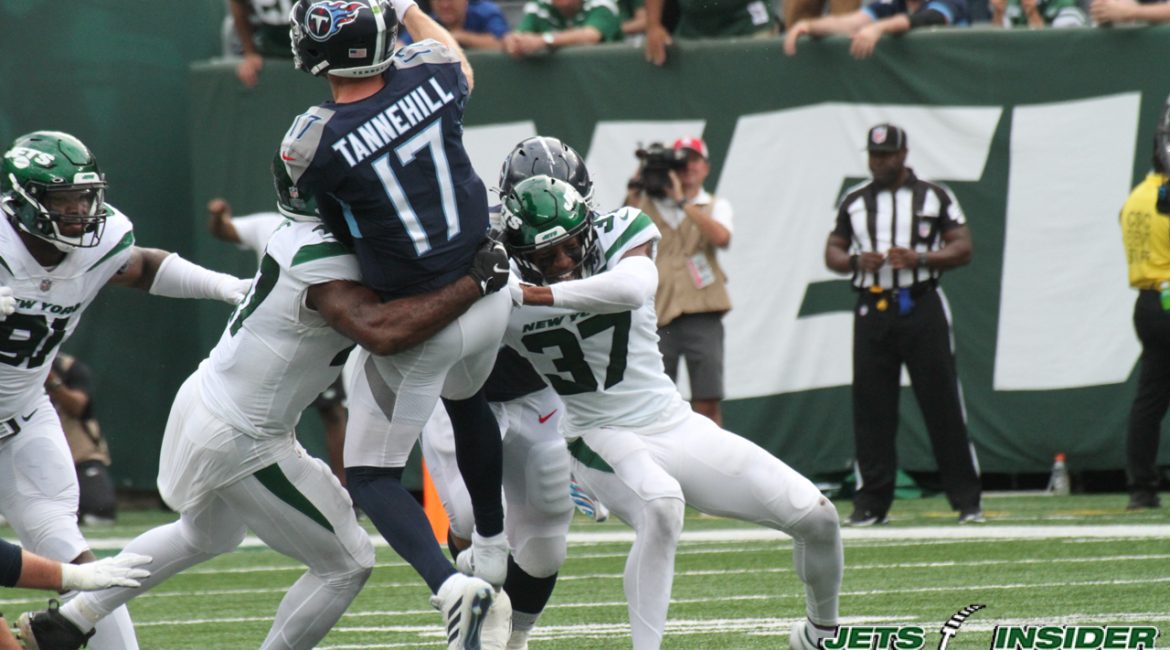 It took four weeks to get here, but here we are. The first three weeks were no doubt awful. Full out incompetence. Here’s the thing about that incompetence though, the idea that it would continue forever was fiction. Honestly it was rooted in nothing more than LOLJets. The idea that everyone needed to be fired and it would never get turned around after three games was lunacy.

What really pushed it over the top was the comparisons to an Adam Gase offense. Sure, I get it. Statistically the case was to be made and you love that low-hanging LOLJets fruit. Never mind the three opponents, three of the better defenses in the league. Let’s just focus on experience. Adam Gase and his entire coaching staff had all types of experience. Not a lot of good in that experience but experience just the same. And the fact that there was so much experience and so little of it good was what was so alarming about Gase.

You can include Sam Darnold in this as well, he was in his third season last year. The Jets started this season with a rookie quarterback, coached by a rookie offensive coordinator with a rookie head coach. The starting left tackle, and best lineman, went down early in Week 1. The starting rookie left guard missed most of training camp. Now add the three strong defensive opponents and maybe things start to make more sense. But the cherry on top to really hammer my point home? Corey Davis’ drops. Okay, not only Corey Davis’ drops but drops in general.

That’s quite the difference!! So yeah, the doom and gloom reaction to the first three weeks was overblown. But I get it, emotions. I don’t suffer from this particular affliction but I hear most normal people do. Especially sports fans. Extra especially Jets fans, who are used to the bottom always falling out. Now the key to all of this of course, is don’t let that pendulum swing too far in the other direction. This one win doesn’t mean that all is right with this offense. It doesn’t mean they won’t look incompetent again. They could look incompetent next week! But it does mean I think this team is closer to what we saw yesterday than what we saw the first three weeks. Just remember, what we saw yesterday was a team that needed a missed field goal in overtime to beat the Titans without A.J. brown and Julio Jones.

This is a young, inexperienced team with varying degrees of talent. They’re going to continue to make painful mistakes. They’re not suddenly going to turn into a team full of seasoned veterans in one season. But they’re going to continue to grow and improve, then sprinkle in some set backs that they’ll have to overcome. That’s how this works. It’s never a smooth and constant upward progression, it certainly won’t be for the Jets.

The Williams Brothers – I heard a lot of criticism of the Williams brothers over the first three weeks and it made no sense. Quinnen missed the entire offseason due to foot surgery, it was always going to take him a minute. Now that minute is up and through four games he already has 3.5 sacks. I get that Jets fans have feelings about past interior d-linemen, but let that hurt go. Quinnen doesn’t deserve that treatment.

Quincy flashed positively a few times throughout the first few weeks, but definitely flashed more bad than good. Still, HE HAD JUST GOTTEN HERE! I have no idea if he’ll be good down the line, but he was great yesterday. Quincy had a sack and 10 solo tackles (two for a loss). Again, things take time. The Jets claimed Quincy on September 1, it’s now October 4. Now Quincy and Quinnen will forever be the first brother duo to record sacks in the same game for the same team.

C.J. Mosley – 13 total tackles, 10 solo with one of the tackles being a sack. C.J. Mosley is all the way back. There’s not much more that needs to be said, but this is the guy Mike Maccagan signed two and a half years ago.

Bryce Hall – Hall has been excellent so far this season but he earned this game ball because of one specific play. First drive of the second half, Titans leading 9-7, third and 18. Tannehill looked 50 yards downfield for Josh Reynolds thinking touchdown. Hall is beat with no safety help over the top, Titans are about the take all the energy out of the stadium. But somehow Hall did that thing corners do where they try to beat the receiver to the high point. The only problem with this strategy when running full speed downfield is the corner usually ends up interfering but somehow Hall levitated just enough to legitimately not interfere and knock the ball away. Simply beautiful craftsmanship.

Corey Davis – He had the drop, then slipped out of his break which led to Wilson’s only interception. It was then that many, myself included, were talking about benching him. The coaching staff never considered it and were rewarded for their patience. Responding to the drop/slip with four catches for 111 yards and a fourth quarter touchdown against your old team gets you a game ball every damn time.

Zach Wilson – When Davis slipped I could see Wilson had already begun the process of throwing to him and it was too late to hit the brakes. A disappointing groan echoed throughout the stadium as fans were worried about what would come next. Well, what came next (eventually) was 27 points and a Jets victory and Wilson’s a big reason why. There was still room for improvement. He could have put the game away himself earlier. He lead a big boy drive in overtime, but just missing the big boy finish. But goodness me, that 29 yard drop in the bucket pass to Keelan Cole was gorgeous filth.

Two weeks ago the team played solid and Wilson failed them, last week Wilson actually played well and his teammates failed him. This week got off to a rocky start, but Wilson and his teammates came through for everyone. As Jets fans got their first real taste of Wilson’s potential.