Another Game, Another Embarrassment 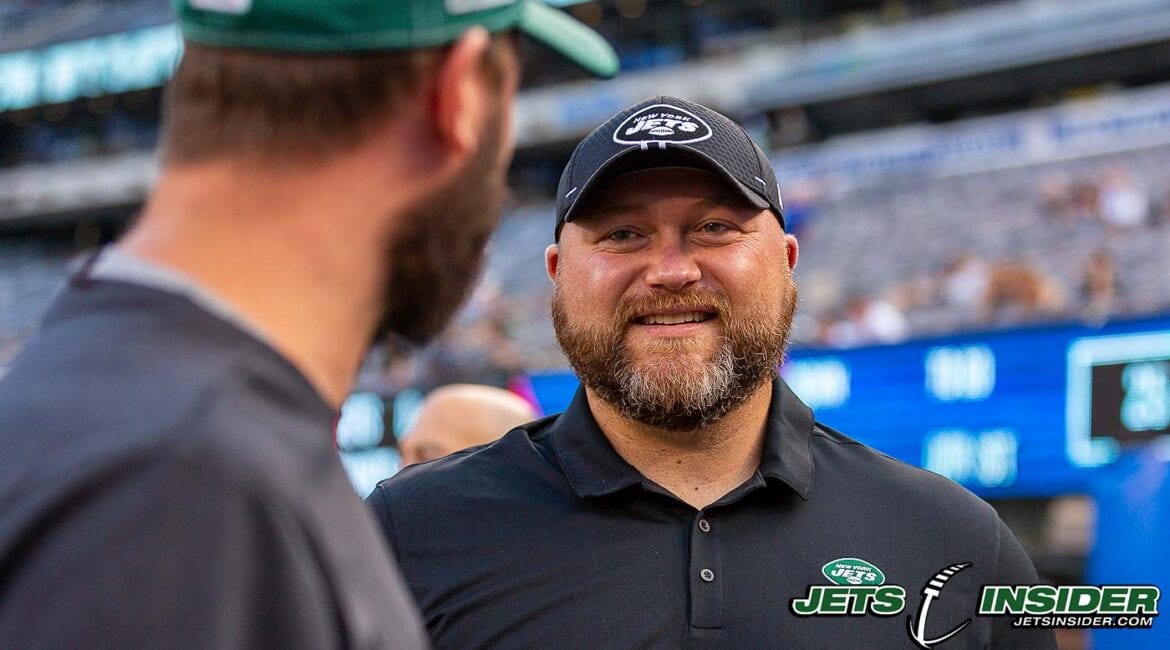 A point differential of -86 through five games means the Jets are losing games by an average of 17.2 points per game. That’s pathetic. It’s inexplicable. It’s embarrassing and it’s going to continue to be embarrassing every time they step on the field.

The Falcons and Giants are also 0-5, but they’re at least able to remain competitive in some games. The Jets haven’t been close to competitive, they look like the case-study for why American sports need to embrace the concept of relegation.

On top of all of that the Jets have actually gotten extremely lucky schedule-wise. The 49ers beat the Jets 31-13 with mostly backups. The Broncos beat the Jets 37-28 without their starting quarterback, best receiver and their best pass-rusher. The Cardinals didn’t have many injury issues, but they looked awful themselves.

If I pulled a Rip Van Winkle, and you woke me immediately before kickoff, I would’ve assumed the Cardinals were also winless coming into yesterday’s game. Kyler Murray did some good things with his legs, but he was off all day as a passer. The Cardinals defense gave Joe Flacco plenty of chances to move the ball and put points up, but they still failed to do so. Jamison Crowder was literally the only Jets player worth talking about.

Crowder was awesome, again, eight catches for 116 yards and a touchdown. Flacco finished the game 18-33 for 195 yards and a touchdown. That means Flacco finished 10-25 for 79 yards to everyone else. Crowder is awesome, but he can’t be the only weapon you have. Crowder needs to be a complimentary piece, not the one and only piece. By the way Le’Veon Bell had his most efficient day as a Jet, 60 yards on 13 carries (4.6 ypc) but didn’t get more carries because Flacco had to throw some more incompletions, Frank Gore still needs pointless carries and Gase decided to give Trevon Wesco an important carry on third-and-short that, of course, failed.

After the game Gase said the record, “doesn’t match up” with the way the team practices. Which is eye-roll worthy on it’s face and defies belief. The record 100 percent matches up with what we saw in training camp. Reporters don’t get to watch practices during the season, but it makes no sense that their would be a huge improvement in practice yet zero in-game improvement. Does Gase think we forgot that two of his defensive players recently talked about how lifeless practices are? We literally just went through this. Now we’re supposed to think everything is clicking perfectly in practice but goshdarnit, golly Gee Willikers, it just won’t translate to games for some reason. If only the players would execute, right? I know, they just keep making mistakes, none of this could possibly be on the coach.

Christopher Johnson made sure we got the memo, they couldn’t fire the “offensive genius,” and risk having a new voice in Sam Darnold’s ear. Now here we are watching the Jets get embarrassed again with Flacco at quarterback.

The Jets are the laughing stock of the league. The Texans fired their coach after an 0-4 start and got their first win. The Falcons fired their coach after an 0-5 start. But instead of firing Gase, taking your lumps for a day or two then everyone forgetting about you, and letting you be terrible in peace for the rest of the year, Christopher Johnson is determined to continue getting embarrassed all over again each and every week.

They haven’t even played the good teams yet! They have the Chiefs, Seahawks, Chargers, Browns, Rams, Bills again and the Patriots twice still to go. So, tell us again. Why is Adam Gase still employed? Is Christopher Johnson trying to finish with the worst season in modern history?