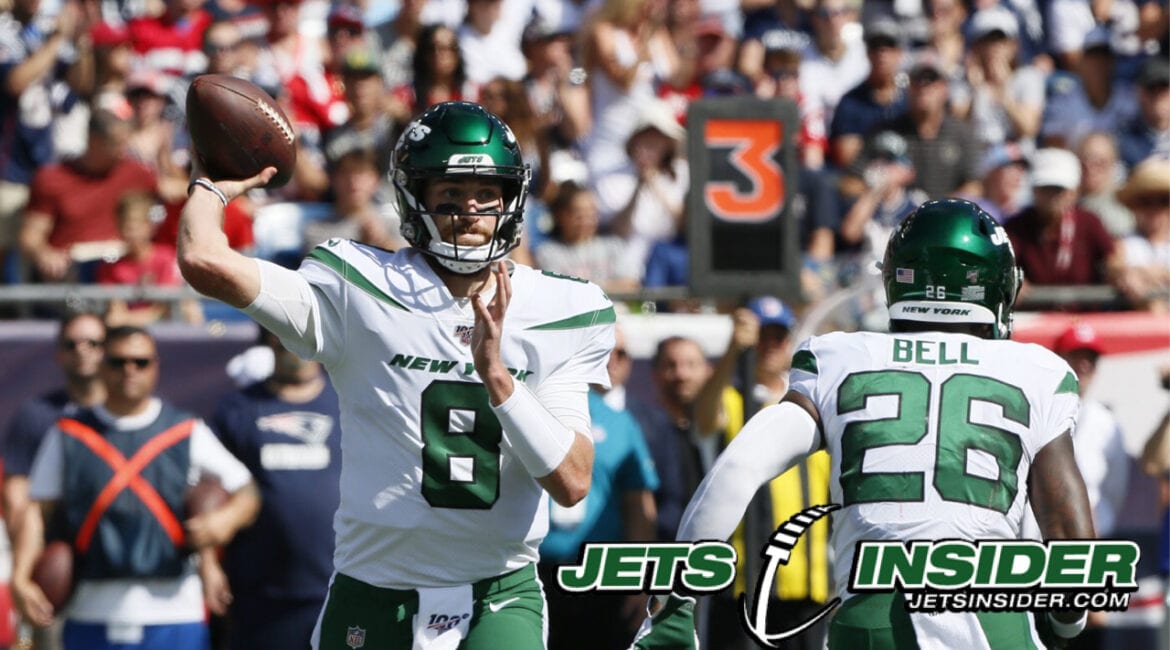 “Offensively, we were atrocious,” Adam Gase said after yesterday’s blowout loss. “Bad as you can get. We’ve got a lot to fix going into the bye, we’re going to have to address all these issues that we’re having right now.”

Being on your third-string quarterback doesn’t explain this entire mess. Sam Darnold alone can not cure this offense of all that ails it. The offensive line is an abject disaster, they can’t open up holes in the run game and can’t pass protect for more than half of a second. The Jets only used three receivers for the entire game and since Braxton Berrios was one of those receivers, and he can only play in the slot, Jamison Crowder had to play out of position and line up outside which is playing to his weakness, not his strength.

Why not give Ty Montgomery some snaps at receiver? We saw plenty of that in training camp, but now that they have an actual need for a receiver that can line up out wide Gase decides, never mind?

Nothing was working and there doesn’t seem to be any quick fixes either. A lot of players need to be benched, basically the entire offensive line, but if the starters aren’t any good can you imagine what the backups are like?

“We just couldn’t get any positive plays going. Anytime we did have a positive play it was coming back, there was either a penalty or the next play would be a negative play. We just kept putting ourselves in third-and-10-plus, I think we had seven of them, so we’re not going to convert those.”

But could you try to convert those? We all understand third-and-10 is less than ideal, and even if we ignore the part where maybe you should be more proactive in trying to avoid those third-and-10s, at a certain point don’t you have to at least try to convert on third-and-10? Look around the NFL, look at all these other offenses throwing the ball all over the field. Hell, look at the Patriots who had a third-and-22 and converted by throwing the ball more than 22 yards downfield. Sure, you might think it’s easy to say that since Tom Brady is the Patriots quarterback but how do you expect to beat Tom Brady when he’s slinging it down field on third-and-22 by running draw plays on third-and-nine?

“We would’ve been alright if we would’ve executed some of this stuff,” Gase said unconvincingly. “There’s a few things in the run game that we have to cleanup, that we’ve got to give our guys a better chance on, but we just didn’t give ourselves a chance. We can’t go third-and-10, we go third-and-10 we’re not going to convert.”

The best way to deal with third-and-10 is to to avoid them by actually picking up yards on first and second-down. That is allowed, just in case you were wondering. But far too many times Gase was comfortable going for ineffective run plays on first and second-down, or throwing passes behind the line of scrimmage. The roster is in shambles right now, so you can understand the hesitation to be more aggressive because of the limitations of said roster, but eventually you have to try something. Gase coached yesterday like he was conceding everything on offense and he did this against the Patriots who scored touchdowns on their first three drives.

The Jets ran 47 plays on offense and only picked up four first downs the entire game, and two of those came from Patriots penalties. They gained a total of 105 yards at a pathetic 2.2 yards per play clip. They were 0-12 on third-down and 0-1 on fourth down. After they were able to finally put points on the board thanks to a muffed punt recovery in the end zone and a Jamal Adams pick-six to cut the lead down to 16 points, Gase elected to punt on fourth-and-two with 2:33 left in the game. Sure, they were backed up on their own nine-yard-line, but what did they have to lose by actually trying to pickup a first-down? Afraid to lose 37-14 instead of 30-14?