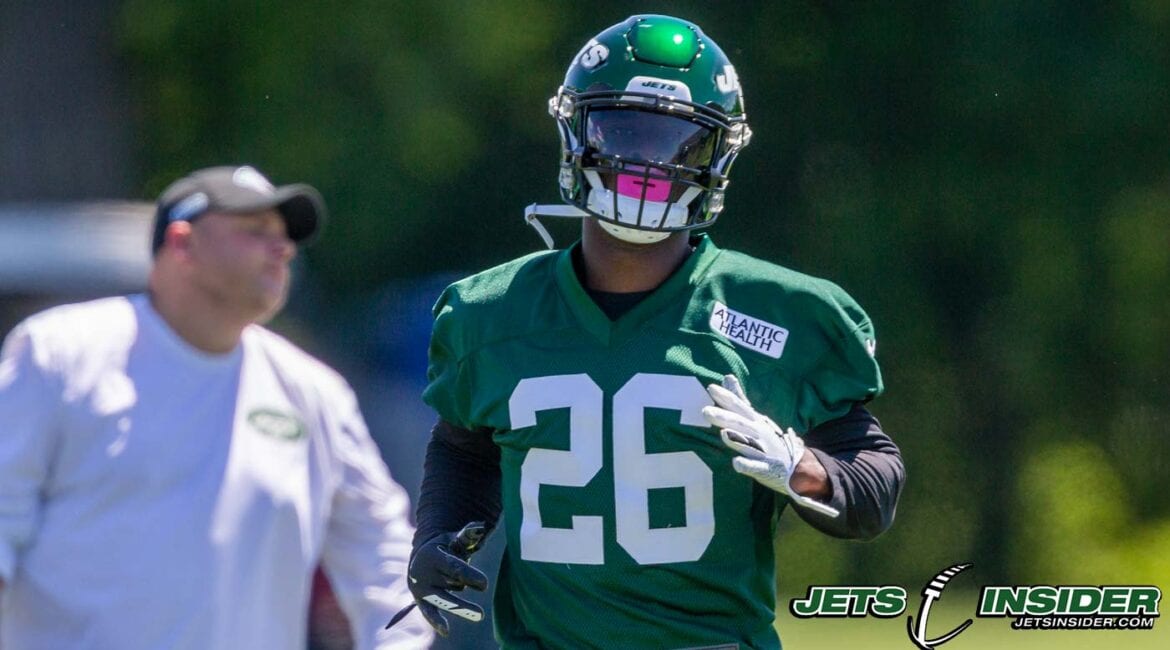 Florham Park, NJ – Football is Back! The Jets wrapped up their first day of training camp and we know you want these observations. No need to wax poetic, let’s get straight to the good stuff.

1) Sam’s new best friend – We always hear about how a tight end is the quarterback’s best friend. Sometimes you’ll hear it’s the running game. Today it was a slot receiver. Sam Darnold looked sharp throughout the day but the big takeaway from today was his connection with Jamison Crowder. Darnold and Crowder looked comfortable this spring and today they picked up right where they left off. Darnold spread the ball around enough but he just kept finding his way back to Crowder.

The way that Adam Gase used Albert Wilson and Jakeem Grant in Miami last year was probably the best thing he did as the coach there. He will be trying to do the same with Crowder here. Gase loves slot receivers and a healthy Crowder has the potential to be a great one as long as he has a quarterback that can get him the ball. Crowder’s showed off his strong hands followed by a quick cut and burst upfield and Darnold was thrilled to put that skillset to good use. Expect this to be a theme throughout training camp and to continue into the season.

2) He’s called KO for a reason – People refer to Kelechi Osemele as KO and you might think that’s because of his initials. And you’d be correct to think that of course. But it could be a double entendre because his knockout power was on display in drills today. The offensive line was running drills where six linemen would line up next to each other holding a big blocking pad and acting like defenders. Another lineman would simulate his stance and reaction after the snap, explode with a two hand punch into the middle of the blocking pad and shuffle off to the next guy in line. When Osemele would extend his paws into the pad spectators felt their chest plate caving in as they watched.

The actual guys with the pads would get knocked back. The next guy in line would dig harder into his stance just to get knocked back as well. It’s not even a little bit surprising that Osemele has this type of power, but the sound of his hands meeting the pads just hits your ears different.

3) Le’Veon looks good – Obviously not a surprise to most, but for some reason people are still questioning Le’Veon Bell’s work ethic and conditioning. A few misguided souls were still out here expecting him to show up overweight. Obviously they haven’t been watching the workout videos he constantly posts on his Instagram. It’s early in training camp so there’s no pads but Bell still has that trademark glide. So fast, so shifty and just so damn smooth.

Everyone is excited about what Bell can bring to this team and he’s excited to do whatever is asked of him. Will he play in preseason games? If the coaches want him to then he’ll play, he said. Will he have to dial it back at times in camp as to not overextend himself? No, not at all.

“I’m going to go as hard as I possibly can each and every rep. It’s going to be more so on the coaches to kind of hold me back,” Bell said. “If I got four reps, I’m going to run four reps as hard as possible and I’ll stay in for the fifth rep if they don’t take me out.”

Is he up for over 400 touches again this year?

Jets fans will sign up for that deal right now.