Dolphins Beat Jets 24-17 in a Close and Entertaining Game 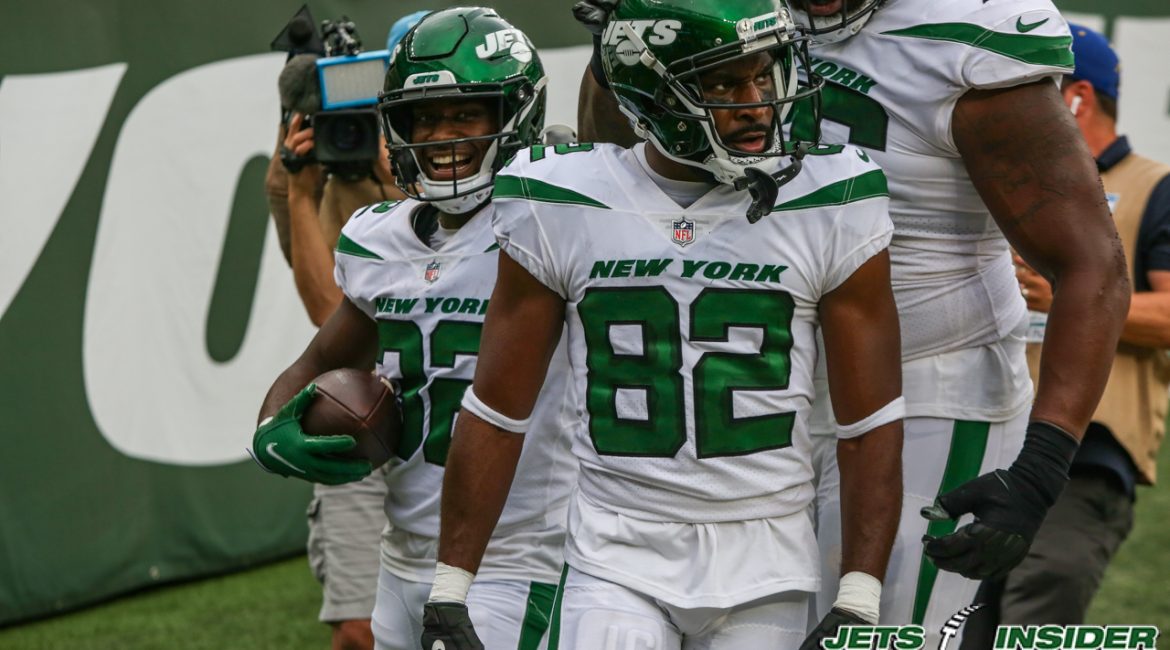 EAST RUTHERFORD, NJ – The Jets lost for the eighth time this season, but this time they were competitive. The Dolphins jumped out to an early lead and instead of easily pulling away they had to work to fight off a stubborn Jets team. That Jets team just happened to make too many poorly-timed mistakes.

“90 percent of the games in this league are lost, not won,” Robert Saleh said. “This one was lost.”

No Zach Wilson or Mike White to capture the imagination of Jets fans walking into this game, just Joe Flacco. But Flacco and the offense did enough to keep this game interesting, as did the defense. Neither did enough to overcome the mistakes and actually earn the win.

“He (Flacco) did what we all expected him to do. He settled down the offense,” Saleh said. “There were a lot of pressures. He got hit a few times. He got the ball where it needed to go.”

The Jets ran for 102 yards on 18 carries and Flacco threw for 291 yards and two touchdowns while the Dolphins dinked and dunked their way to a win. Tua Tagovailoa completed 27-33 passes for 273 yards, two touchdowns and an interception. But what really did the Jets in, besides the penalties, were a bunch of timely inside runs. Myles Gaskin only ran for 89 yards on 23 carries, but he had a few inside runs to extend drives. It was against a far more feeble foe but the defense played better than previous weeks. They certainly put up a much stronger fight. Still it wasn’t good enough.

“Still could have been better,” Saleh said. “I thought they played their butts off. They worked hard. Obviously, they were dialed in all week. Couple of eye discipline mistakes. Obviously, on the 65-yarder. Penalties that keep drives going. Had a chance to win in the red zone on a couple of occasions. It still has to get so much better if we want to be more consistent and play good football.”

Flacco and the offensive line did a great job of handling the Dolphins blitz and moving the ball, they just couldn’t move it into the end zone enough. Michael Carter got the offense started before leaving the game with an ankle injury, but today was all about a different rookie. Today was about Elijah Moore and his eight catches for 141 yards and a touchdown. Overall this season hasn’t lived up to fans’ expectations, but the rookie receiver is absolutely starting to match the expectations he raised in training camp.

“The more games I get, the more comfortable I feel like I’m getting. I don’t feel like a rookie,” Moore said. “It’s coming down to a time where we just have to execute. It’s not too much to think about. All we’ve got to do is play.”

If the Jets can go get a handful of other players of Moore’s caliber then all that playing will finally lead to some winning.