JetsInsider.com > News > Blogs > Filling A Void: How Carl Lawson May Be The Jets’ Long-Awaited Answer at Edge-Rusher

Filling A Void: How Carl Lawson May Be The Jets’ Long-Awaited Answer at Edge-Rusher 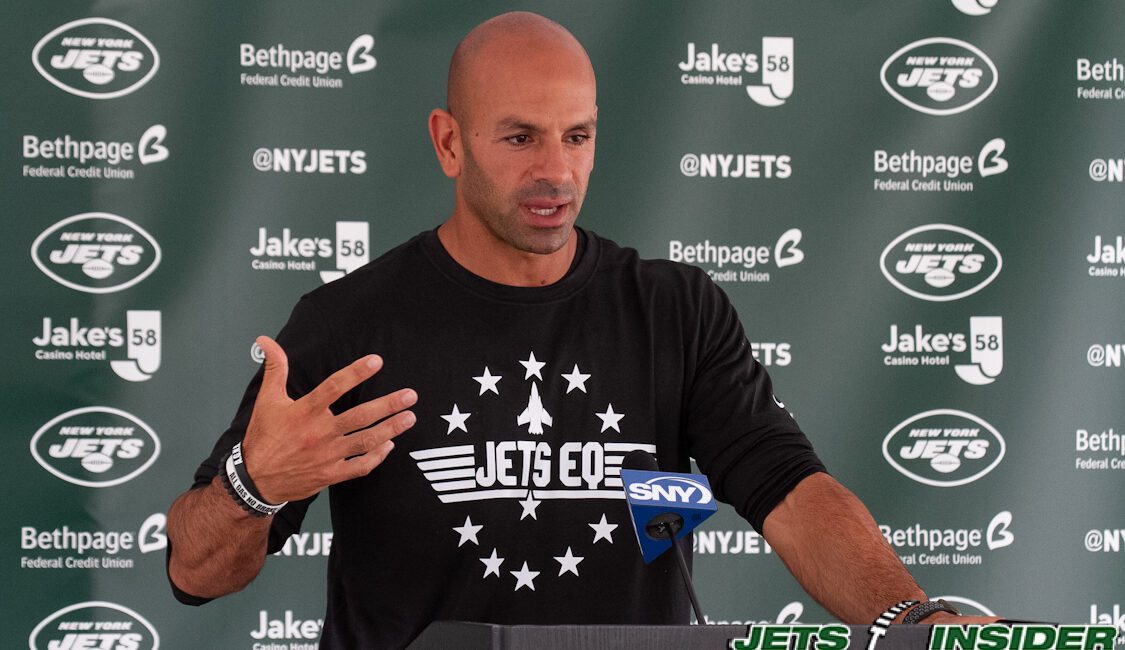 As I wrote in my first article for JetsInsider.com last week, the Jets’ defensive line has set the tone up to this point at training camp. With notable players like Sheldon Rankins, John Franklin-Myers, and Quinnen Williams, the unit has the potential to be one of the best in the league. But while the Jets have had dominant interior forces in the past, the one factor that may set this unit apart is edge rusher Carl Lawson.

Lawson, who last played with the Cincinnati Bengals, is a seamless fit into the scheme implemented by Head Coach Robert Saleh and Defensive Coordinator Jeff Ulbrich, which was one of the main reasons the Jets targeted him this offseason. “I had some of the highest regard for him before he even got here. I think he’s one of those rare guys where he’s an exceptional player, but the general public doesn’t know him yet,” said Ulbrich.

Saleh also remarked how Lawson’s ability to “win over and over and over again” stood out. “He fits in any scheme, he’s the guy that’s going to line them up and he’s going to absolutely dominate his one on one, especially in money situations where you need someone to affect the game,” said Saleh.

Even with both Ulbrich and Saleh confident about Lawson’s talent, they were still pleasantly surprised by the edge rusher’s work ethic and immediate production against offensive linemen. Ulbrich remarked how Lawson is obsessed with improving himself, citing “his stance, the timing of his hands and his his feet, the distance from the tackles foot, the way he studies the tackle set, the way he studies the offense,” as aspects the edge rusher consistently focuses on. The defensive coordinator has been “blown away” in this regard and called Lawson a student of the game.

Saleh raved about Lawson’s ability after July 30th’s practice, stating how “all he does is win and hit the quarterback.” Saleh also remarked how Lawson dominates everyone and stated how its “special when you look at him.”

Outside of Saleh and Ulbrich, Lawson is drawing praise from players on both sides of the ball. Defensive tackle Sheldon Rankins is one of Lawson’s biggest fans, calling him a “real dude” and said how its been fun to watch him up close. Folorunso Fatukasi, another defensive lineman for the team, said of Lawson, “The man has high character and is very serious about his work.” Fatukasi also said that Lawson is a craftsman, and that the entire defensive line “can learn a lot from him” in order to improve the unit as a whole.

Mekhi Becton, arguably the Jets’ best offensive lineman, said “iron sharpens iron” when asked about his performance in matchups against Lawson. Becton also said that facing Lawson will help him “a whole lot,” as he is getting his losses out of the way before the season starts. George Fant, another lineman competing for the right tackle position, said that facing Lawson is a great thing for there entire O-Line. “It’s an opportunity for us to play guys at that elite level everyday at practice,” said Fant.

Regardless of it being a player or coach, it seems that everyone has something positive to say about Carl Lawson. The coaches are thrilled to have an attacking force in their defensive scheme, the defensive line is excited to learn from an elite talent, and the offensive line is happy to compete against that same elite talent to prepare for the season. For a team that has lacked a true edge talent since John Abraham, the mere presence of Carl Lawson is a positive sign. His dominance up to this point against the best the Jets can offer should put everyone on the edge of their seat.