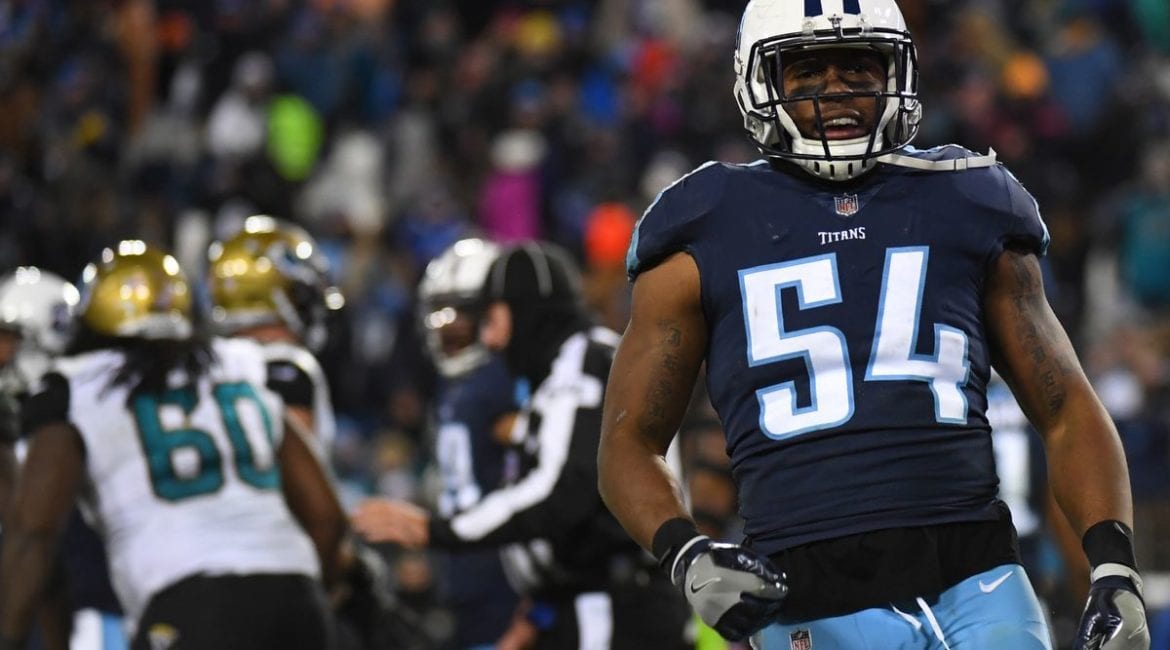 After signing two quarterbacks, a running back and a cornerback, Jets GM Mike Maccagnan was not done. The New York Jets have agreed to a deal with former Tennessee Titans inside linebacker Avery Williamson.

It was widely assumed that the Jets would just re-sign Demario Davis but Davis was trying to get more money than the Jets wanted to give so Maccagnan probably figured if he has to spend more money he might as well go get an upgrade.

Williamson was drafted by the Titans in the fifth-round of the 2014 draft out of the University of Kentucky and has played in all but one game in his four-year career. The Titans wanted to keep Williamson but he rejected their four-year $12 million deal and while the details of the deal with the Jets have yet to be announced it sure seems like the Jets beat that offer.

Williamson is a tough, fast linebacker who is stout against the run and can play against the pass. He’s not an excellent coverage linebacker so the Jets will still need to look to upgrade in that specific area but Williamson will be a perfect fit leading the middle of the Jets defense.

This signing would make it seem like the Jets will be letting Demario Davis walk but depending on how much over the four-year $12 million the Jets went it might not be too rich for the Jets to bring Davis back as well, especially if Davis doesn’t find the market he was hoping to elsewhere.

Secrets Out Keep Wilson In The Pocket,Morning After Report On The One Hand,Oconnells Progressions Grow With The Day,New York Jets 2019 Nfl Draft Protect The Investment,Jets Bring Back Mccown On One Year Deal,Bengals Jets Preview,Jets Trade Jamal Adams,For Jets A Win Sunday Starts Up Front,A Rolling Moss Gathers No Green,Developing Stories