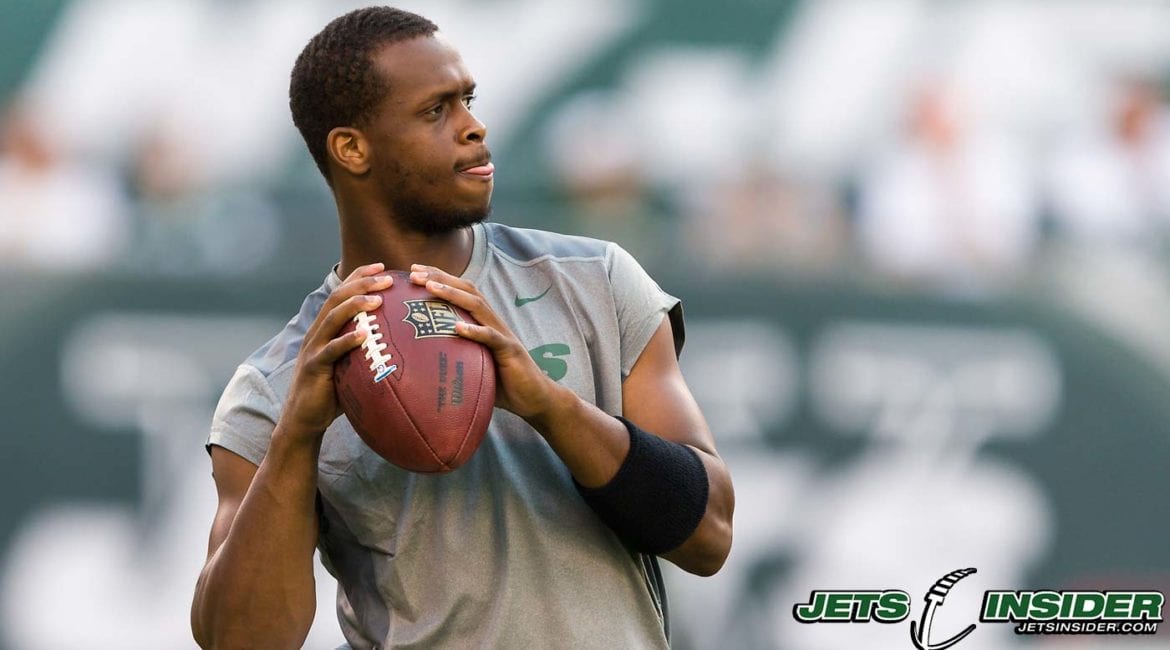 Now that the Jets have officially traded Sam Darnold we know that the Jets will draft a quarterback with their second overall pick. Okay, we knew this beforehand but some weren’t ready to embrace this reality. We’re all here now, embracing reality whether you like it or not.

The debate now turns to, which quarterback they should take? Except we all feel like that debate doesn’t matter because everyone expects Joe Douglas to take Zach Wilson. There’s plenty of thoughts to be had about this year’s QB draft class, but we’ll wait until later in the week for those. Today let’s do something we would almost never do. Let’s care about who will be the backup QB.

Darnold is gone which currently leaves the Jets with James Morgan and Mike White as the only two QBs on the roster. If you don’t like spoilers, skip to the next paragraph. Neither Morgan or White will be the backup in 2021. The Jets need an actual backup, but not just any backup. They need someone who can be a mentor to the rookie and someone that could start the season if necessary.

NFL teams are all working on different timelines and are always at varying stages of their team building process. But there’s only two points of that process where the backup QB is actually important. The first is, of course, when a team thinks they are a Super Bowl contender. Those teams don’t want an injury to their QB to derail their ability to contend for said Super Bowl. For most teams the backup really doesn’t matter. Sure a better backup can help teams win a game or two more, but that’s it. A great backup isn’t going to take a middling team deep into the playoffs. But a good backup could win the Super Bowl with a great team. See Nick Foles.

The second point in the team-building process where a backup QB is important, though for different reasons, is at the very beginning. Which is exactly where the Jets are.

With a rookie quarterback coming to a young, rebuilding team with a new coaching staff, they will look to add a backup who can also act as an extra QB coach. Usually that QB will be someone with familiarity with the new system and someone that the coaching staff could feel comfortable starting a few games if need be. Of course the challenge here is, it’s April 6 and most of the good backups have already signed elsewhere. So let’s look at who is left.

Or we could have some fun and simply say, run it back with Geno Smith? Okay, okay. Fine. Let’s see who else is left.

So, not a lot to get excited about. There’s no one on that list that you could feel comfortable leading this Jets team to a playoff run. But that’s okay because there are actual decent starters that wouldn’t get this Jets team to the playoffs next year. Looking at that list, there’s two names that make sense. Alex Smith and Nick Mullens. That’s it.

Alex Smith has been around forever and has accepted his role as a backup/spot starter/mentor. He’s basically hoping to carve out a Ryan Fitzpatrick type lane for himself, only a much safer, less upside and much more boring lane. But Smith could be that extra QB coach, who can help bring the rookie along and also tread water if he had to play. Smith would have no problem learning and helping the rookie learn the ins-and-outs of Mike LaFleur’s offense. Again, the downside is there’s little to no upside with Smith. The upside of that is, who cares? This season is all about making sure the rookie quarterbacks gets all the help he needs to eventually become good. That’s it.

Nick Mullens makes sense because he was with LaFleur in San Francisco and even played pretty good at times when he was needed. Mullens knows the system, LaFleur is probably comfortable with Mullens helping the incoming rookie learn the system. If needed to start some games, Mullens might not get a bunch of wins but he’ll be good enough that you can still evaluate the rest of the roster. That’s the secret part of this backup thing people rarely talk about, just get a backup that’s good enough so you don’t have to burn the game tape because how could you even evaluate anyone else? Mullens can be that level of good enough.

Smith would bring more wisdom and savvy than Mullens. Mullens would bring more direct familiarity with the system and offensive staff and more physical upside. Both make sense for the Jets, it doesn’t really matter which one, but now the Jets can focus on signing one of them as soon as possible.