Mike White Hurt as Colts Run All Over Jets 45-30 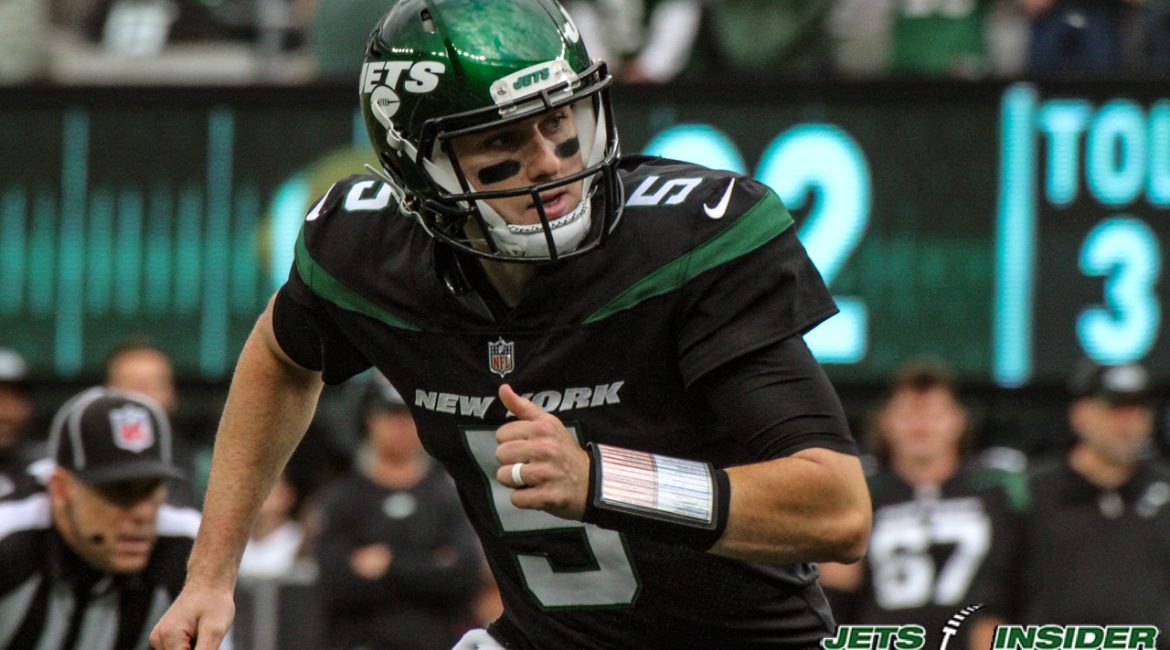 Indianapolis, IN – At least it was a fun half-week leading up to this game, right? Or an alternate lede; At least Elijah Moore did some fun things, right?

If you expect to read anymore positive words than that… well, what the hell are you doing reading this? Honestly what am I doing writing this? What’s the point? For who? For what? *Full disclosure this part, and most of the article, was written early in the third quarter when things were at their most bleak. I decided to keep it because points were made and still stand.

The Colts offensive line absolutely bullied the Jets defense. They seemed to simply copy the Patriots gameplan, leading one to wonder why Cincinnati didn’t copy it as well. Other teams certainly will. Until this defense proves they can stop it teams will continue to run it. I mean Jonathan Taylor had 200 total yards himself. Taylor ran for 172 and topped that off with 28 yards receiving. On the Colts first drive it was Nyheim Hines who opened up the floodgates with a 34 yard touchdown run, Taylor took over from there and after that the Colts did whatever they wanted whenever they wanted.

There’s not much more to say. It was an absolute bloodbath and Robert Saleh and Jeff Ulbrich need to reassess their run fits because right now teams are taking advantage of a flaw in the system. In this system the interior defensive line is always in attack mode, which is great as long as other defenders are ready for pulling linemen. How much of the problem is talent/execution is a question for smarter football people than me, but it’s very clearly a problem.

Of course as bad as the defense was the worst news of the night was the injury to Mike White. White and the Jets couldn’t get anything going on their first drive, but managed an eight play 75 yard touchdown drive. White hit Elijah Moore for a 19 yard touchdown, Moore’s first of two, but alas it would be White’s last throw of the night. He injured his forearm and was replaced by Josh Johnson. Johnson actually played well and ran the offense efficiently. Hell, Johnson played well enough for the Jets to win if the defense wasn’t actively terrible. The game certainly felt like it was over after Ty Johnson fumbled immediately after the injury to White, but the Jets still scored 30. This loss wasn’t on the offense, not the second or third-string quarterback. This loss is squarely on the defense.

The good news is the Jets get a week and a half off, and you get to enjoy the rest of the league stress-free on Sunday. The bad news is the Bills are next on the schedule. The unknown of course is who will be the quarterback? Will either Zach Wilson or White be healthy? Or do we get more Josh Johnson? Or even Joe Flacco?