JetsInsider.com > News > Blogs > Potential options for the Jets at the #34 pick

Potential options for the Jets at the #34 pick 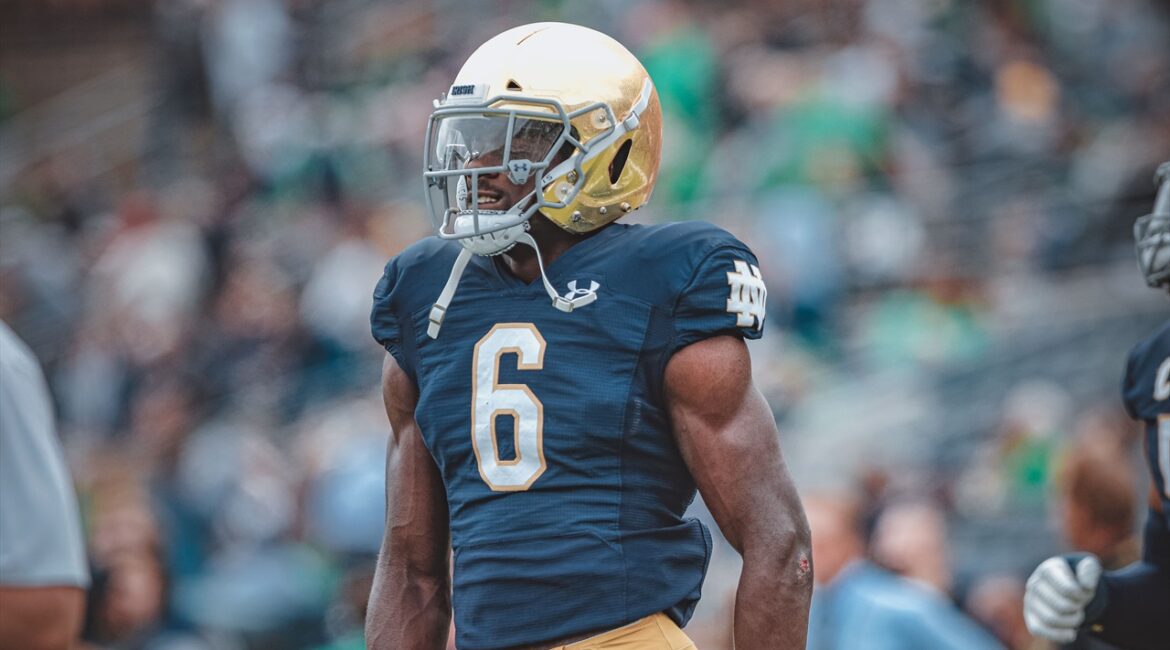 The Jets made a big splash last night when they traded both of their third round picks to go up in the draft and select Alijah Vera-Tucker. It’s a risk they could afford to take after absolutely loading up on draft capital, but it would still feel nice to get some of those picks back. As we know, the draft is mostly a crapshoot and the more chances you give yourself to draft a good player, the more likely you are to do it. When you consider that and the amount of needs the Jets have on their roster, trading back and recouping picks is almost certainly the responsible thing to do. The problem is, picking at the top of the second round means that the Jets will be serenaded by the siren song of many, many talented players still on the board. The temptation to add a splashy player may outweigh the need to replenish their draft war chest. Then again, trading back isn’t a binary decision. The other teams see the same slate of prospects the Jets do…they may be content to trust their board and let the draft come to them. If that’s true, then it may actually be advantageous for the Jets to stay at 34 and take a blue chip prospect rather than taking a bad deal just for the sake of trading back. If they do, there are a ton of exciting directions they could go.

There is some uncertainty over whether Jenkins can continue to play right tackle or whether he’ll switch to guard, but I don’t think that really matters as the Jets happen to need an upgrade both at right tackle and guard. In contrast to the refined Alijah Vera-Tucker, Jenkins is a “bash brother” type in the mold of Mekhi Becton. He would practically complete the Jets’ makeover on the offensive line. Team building is more about creating positions of overwhelming strength rather than mitigating weaknesses and adding Jenkins to the young nucleus of Mekhi Becton and Alijah Vera-Tucker would take the Jets from being perhaps the weakest offensive line in the league just two years ago to perhaps the heartbeat of the entire team. Talk about protecting your investment.

I wrote yesterday about Owusu-Koramoah and how he would potentially fit in with the Jets. As talented as he is, it’s not shocking to me that he’s fallen this far, as his size makes him a very niche prospect. You definitely need to draft a player like “JOK” with a specific role in mind; you can’t just plug him into any scheme as a LB and expect him to thrive. With that said, the fact that the Jets allegedly tried to sign Keanu Neal as an undersized WILL LB might indicate they have such a role already envisioned. Linebacker is a big need on this team, so I wouldn’t be shocked at all if the Jets make him the pick.

The player that I wanted with the 23rd pick is still there at the 34th. A bonafide stud with #1 pass rusher potential, guys like Ojulari don’t typically last this long, but his combine medicals apparently scared a lot of teams off. Jets fans have gotten so used to having no pass rushers that they seem to believe that Carl Lawson alone satisfied the need, but in today’s league, you need at least two edge rushers if you want to have any shot against good passing offenses. If the Jets are comfortable with his medicals, taking Ojulari would make all the sense in the world and a really exciting, young defensive line begins to take shape. (Again, it’s about building strengths)

I’m grouping these two together even though they’re very different players. Marshall is a power forward who can play out of the slot. Despite LSU’s anemic pass offense, he was well on pace to go over 1,000 yards before opting out for the remainder of the year in November. He’s got some frightening potential at only 20 years old (!!) and it’s tantalizing to think about forming a skyscraper trio at WR with the similarly large Davis and Mims. Adding an abundance of size and speed to play above the rim and dominate in the red zone. To be honest, I’m kinda talking myself into this pick as I write about it.

Moore is more (sorry) of a traditional slot guy in terms of his size and play style but he has a ton of big fans in the draft community. On Bleacher Report’s live draft show, legendary cornerback Aquib Talib remarked that Moore had “#1 receiver potential”. It’s rare for a slot receiver to have the upside of a go-to guy, but that’s exactly what Moore was for the Ole Miss Rebels; he averaged a hilarious 200 yards and 13 catches per game over his last three games of the season. He’s fast, he’s an outstanding route runner, he’s got great hands. Not to put the kiss of death on him, but he seems like the kind of player that is very unlikely to bust. It’s unclear where Moore would fit into the Jets current rotation of receivers (he’d likely have to replace Crowder at some point), but you can never rule out adding a prospect with both high floor and a high ceiling.