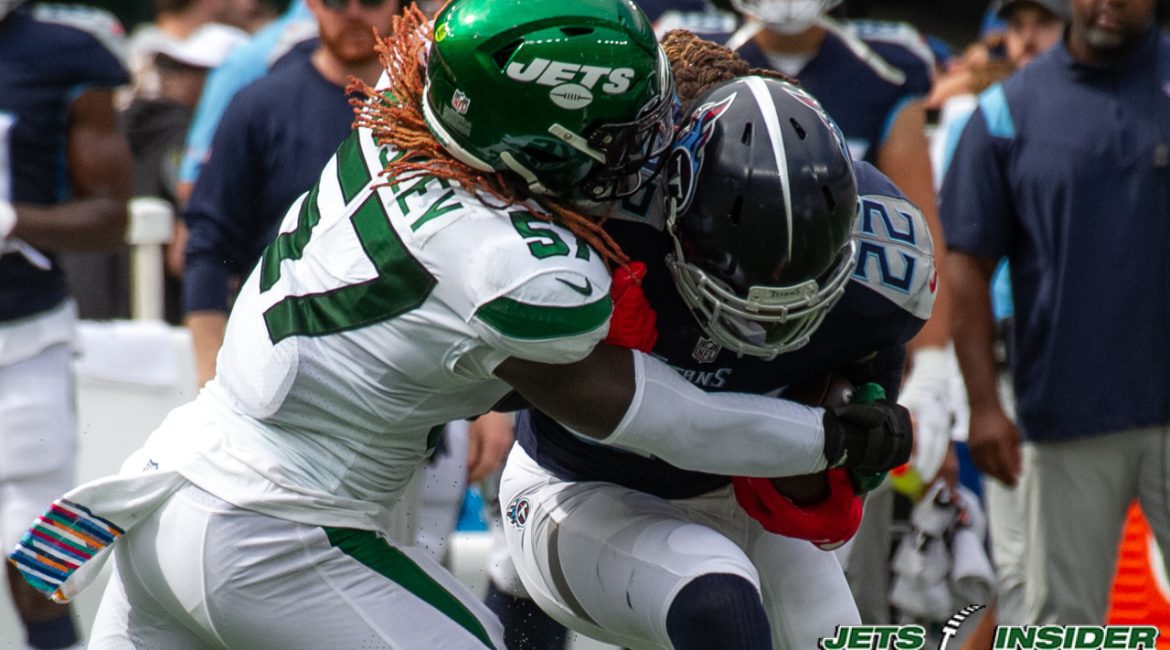 After a victory over the Cincinnati Bengals, the Jets had a quick turnaround for their next game. Traveling to Indianapolis on Thursday to take on the Colts, the Jets were looking to play in a similar fashion to their previous victory. That would entail a high-octane offensive performance combined with the defense limiting the Colts offense just enough to get the win. For the youngest team in the NFL, this game was going to go a long way to show how complete the Jets are as a team at this point of the season.

The Jets’ offense was able to hold up their side of production, as they produced over 480 total yards of offense and four passing touchdowns. Even with the injury to Mike White, Josh Johnson threw for a career-high 317 yards. Mike LaFluer’s play calling was solid once again, drawing up easy completions for both quarterbacks. Elijah Moore had his first two receiving touchdowns, and Michael Carter contributed over 80 yards from scrimmage.

With the offense playing at a high level, all the Jets needed was a middling performance from the defense for them to have a real shot in this game. Unfortunately, the Jets played one of their worst games of the season on defense, specifically against the run. Jonathan Taylor tallied 172 yards and two touchdowns on the ground, and Nyheim Hines added 74 more yards and another touchdown himself. They averaged 9.1 and 12.3 yards per carry, respectively.

The Colts were essentially moving the ball at will Sunday night, gaining chunks of yardage on almost every play. The defensive line was getting consistently blown off the ball, while the Colts schemed runs to take players like John Franklin-Myers and Quinnen Williams out of the game. For a unit that has so much capital invested into it, those averages are frankly unacceptable.

Overall, it was a bad performance for a unit that has showed some fortitude in some games, specifically the back half of the victory last weekend. Robert Saleh said that it has been “a collective effort in terms of lack of execution and lack of detail” when referring to the team’s run defense. “That’s something that has to get fixed because if you can’t stop the run in this game, and I know it’s a passing league and all that junk or whatever, but if you can’t stop the run it gets ugly in a hurry,” said Saleh. He also elaborated that due to the space the Colts had to run, the entire coaching staff needs “to look in the mirror first” before approaching the players with changes.

Saleh added that “we’ve got to figure that part out” when referring to the team’s run defense discrepancies at home and on the road. “For one reason or another, the poor run game performances have come on the road, where at home we’ve got all this juice and energy up front…We’ve played three games at home and we’ve played three very competitive games and we’ve played five on the road and had a couple of competitive ones. So, we have to figure it out from that regard,” Saleh said.

Linebacker C.J Mosley added that the team has to “find a way” to improve after their bad defensive showing. “I still believe that we are capable of being a great team, but we have to put the things on tape, man. We have to execute every day,” said Mosley.

Heading into a Week 10 home game against a top-tier Buffalo offense, the Jets need to show visible improvement again on the defensive side of the ball. Just like the team rebounded against the Bengals after getting dismantled by New England, the Jets need to bounce back after a tough game against the Colts. Specifically, the Jets need to commit to stopping big run plays and allowing opposing offensive lines to consistently get to the second level. The book is out on how to beat this Jets defense. Saleh and his defense need to act on their words and commit to fixing their run defense. If they do not, the showing against the Colts’ running backs may become par for the course.