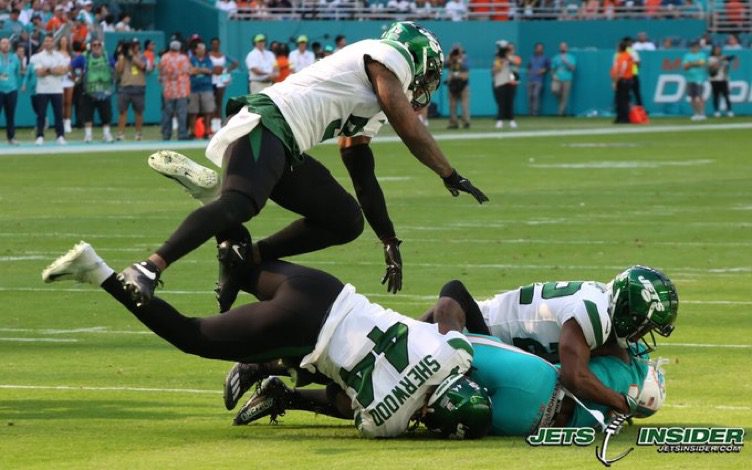 Week 18 Recap: Jets Lose Again, mercifully, the Jets’ season has come to an end. After a promising start to the year, the team finished the year on a six-game losing streak, capped off with an 11-6 loss to the Dolphins on Sunday. The game was a slog-fest, as all the points were from kickers Greg Zuerlein and Jason Sanders. Neither team accounted for a touchdown, and the only non-field goal points were on a ‘safety’ during the game’s last play.

On defense, the Jets kept the Dolphins‘ offense in check. Sauce Gardner and D.J Reed kept Jaylen Waddle and Tyreek Hill in check, as neither wide receiver had over 50 yards receiving. In addition, Quincy Williams had nine tackles and a sack, making tackles from sideline to sideline. Even with Miami having success in the run game, the Jets’ defense consistently kept them in the game.

The offense was a massive disappointment, though. The running game was non-existent once again; Carter, Knight, and Johnson combined for 38 total rushing yards. On the offensive line, the slew of back-ups struggled in both run blocking and pass protection. Garrett Wilson was the only working cog in the offense for the Jets. Being targeted 17(!) times, Wilson had nine receptions for 89 yards. For context, no other Jets’ skill player received more than four targets or 20 yards.

With the Jets moving towards the off-season, head coach Robert Saleh spoke about how the season ended.

“It’s frustrating because you know you’re right there, and there was when you’re rolling on all cylinders, and 7-4, pretty healthy, and one thing leads to another, and you lose six in a row. I’m not going to fault these guys for how hard they fought. Took Minnesota to the wire, Buffalo to the wire, and Detroit to the wire. Didn’t like the way we played that Thursday night game or in Seattle but loved the way we came out today. Again, took Miami down to the wire and just one or two plays go our way it’s a different story. It just didn’t work out today.”

Saleh also spoke about staying positive despite the lack of success down the stretch.

“I know what kind of team we have, and I get it, I get outside noise and all that stuff. I get the disappointment of a six-game losing streak but honestly, the silver lining is that we’ve got an unbelievable core group of guys and I’m really excited for this off-season, really excited to see them take off, and we’re going to get this opportunity again and we’ve got to go finish.”

The Jets are now faced with pivotal decisions in multiple areas. First, the coaching staff has to be evaluated, mainly on the offense. Because the Jets did not score an offensive touchdown in three straight games, there has to be an addition to the staff at a minimum. Whether it is pairing an established offensive mind with LaFleur or finding an entirely new offensive coordinator, the Jets cannot run back the same offensive structure next year.

The Jets have a talented core, headlined by Garrett Wilson, Quinnen Williams, and Sauce Gardner. But for the Jets to compete for the playoffs next year, upgrades and changes need to be made. There are holes on the roster, and it is pivotal for Douglas and Saleh to put the Jets in a position where they can make the playoffs. If they cannot, there is a good chance that either one or both will not return after the 2023 season.

Once again, the Jets’ current regime is in a make- or break situation. It will be fascinating to see how they handle important decisions when under pressure, which will surely be turned up after the conclusion of this season. There are no more mulligans or excuses to be made. For better or worse, the choices made by Douglas and Saleh will lay the groundwork for how the near and distant future of the Jets plays out. 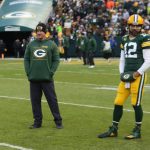