JetsInsider.com > News > Blogs > Which receiver prospect is the best match for Sam Darnold?

Which receiver prospect is the best match for Sam Darnold? 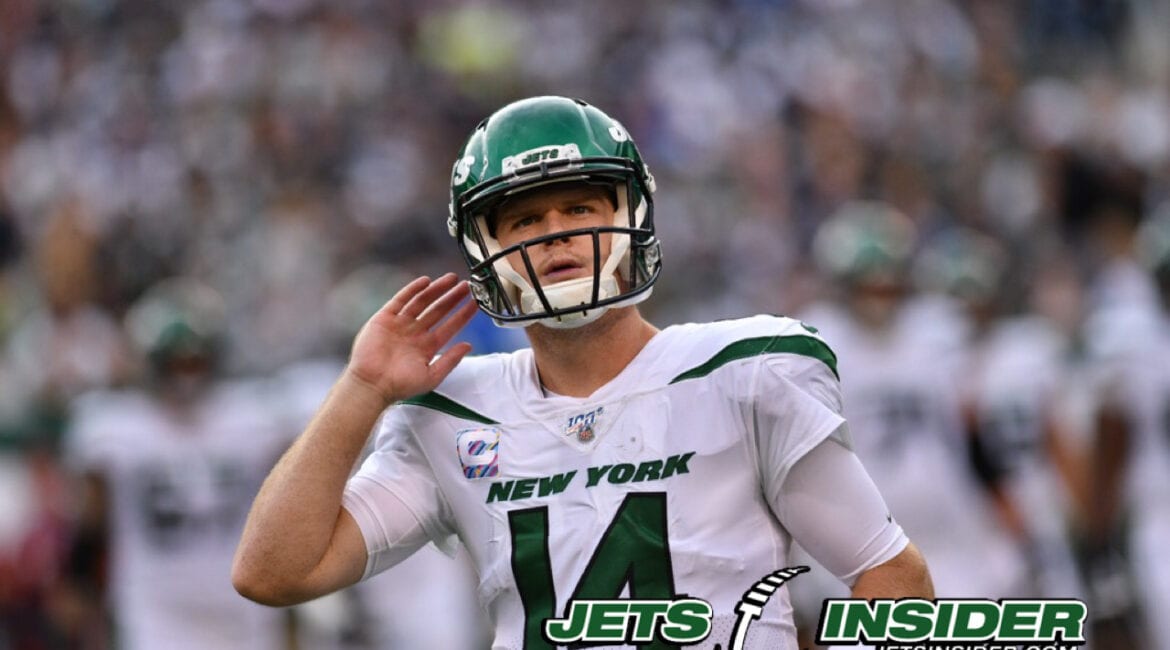 It’s time for us to play matchmaker. I’ve got this friend named Sam. He’s a hopeless romantic who loves long walks on the beach, Thai food, and making accurate throws outside of the pocket. He’s just looking for someone he can connect with on deep crossing routes over the middle or on a shared affinity for Ozark reruns.

Perennial contenders in the NFL often find success not by masking all their weaknesses but, instead, by building on their existing strengths. Whether it’s the Ravens surrounding Lamar Jackson with pass catching TEs to buoy their option run game, or the Patriots adding shifty receivers with some juice after the catch for Tom Brady’s check downs, smart teams identify what their quarterback can do best and add players that complement their abilities.

If the Jets are looking to follow suit, they’re in luck; the upcoming draft bolsters one of the deepest receiver classes in NFL history, and the Jets are poised to take advantage…perhaps very early on. So what does Sam Darnold do best, and what kind of receivers fit best with those traits? It’s time to begin the Rose Ceremony; who is Darnold’s perfect match?

As I rewatched Sam’s tape, I think his most consistent strengths are: improvising outside the pocket, connecting on crossers over the middle of the field, and getting the out quickly on rhythm throws. With all the talent in this receiver class, it shouldn’t be too hard have to find a receiver who checks off all the items on our wishlist.

First up: finding which receivers that can create space quickly for short passes. Nick Saban has gone on record that when evaluating receivers, the two most important things to look at are how a receiver creates separation with his release off the line, and how he creates separation out of his breaks. The release is especially important for getting open on the short, quick throws that Darnold had so much success with in 2019. When the ball is coming out fast,  the receiver doesn’t have much time to finish the route. They can’t allow the corner to stifle or redirect them, they have to win the rep right at the line. Thankfully, this WR class contains no shortage of release maestros.

In particular, guys like Jerry Jeudy and Van Jefferson (who happens to be the son of Jets wide receiver coach: Shawn Jefferson) are absolute terrors at the line of scrimmage. Look at how this hairpin release from Van Jefferson creates space for a quick throw.

Van Jefferson? More like “Van Gogh”, because that release is a work of art! Am I right, fellas?

Unfortunately for our guy Van, having a good release alone isn’t enough to win Darnold’s hand. No, if we’re looking for the ideal receiver for Sam Darnold, then we also need a guy with enough athleticism to break open and create big plays over the middle of the field.

You see, throughout his young career, many of Darnold’s best throws have been on “dig” routes. He does an excellent job of leading his man and allowing as much YAC as possible. And looking at the numbers seems to confirm this: Football Outsiders reported that in 2018, Darnold produced a much higher DVOA on dig routes than on any other route concept.

Running a great dig route requires the second of those “Saban ingredients” we talked about earlier: creating separation out of breaks. You can create this separation in a litany of ways: size, creative route running, but usually receivers that are most effective on dig routes possess explosive start-and-stop quickness.

We can see this reflected below in how Sports Info Solutions charted five of this year’s top receiver prospects on dig routes.

While all of the draft’s top receivers predictably preformed well (I mean, they’re top prospects for a reason), the receivers with the three highest receiver ratings are renowned for their nitro-boost acceleration: Laviska Shenault, Henry Ruggs, & Jerry Jeudy.

So if we can find a guy who can both win at the line and get separation off their breaks, then we’ll be well on our way to finding Darnold’s perfect partner in crime. However, the cherry on top is whether the receiver can improvise on the scramble drill. I don’t need to tell you about Darnold’s ability to make accurate throws on the run…it’s one of his defining traits. Take for example this signature play against Buffalo in 2018.

If a receiver is going to mesh with Darnold perfectly, they need to be able to improvise effectively. That means being able to find open spots on the field and adjust to the ball when Darnold starts getting creative. Kind of like this:

Wait, isn’t that Jerry Jeudy? Perfectly adjusting to a dangerous pass by his scrambling QB? His name’s come up a few times now, hasn’t it? Wasn’t he a guy who I cited as having a really nice release on short passes? Yep. Check.

And the numbers show he was really good on Sam’s favorite route, the dig, right? So can he create space over the middle with explosiveness out of his breaks?

Well Sam, we’ve scoured your checklist of what you’re looking for in a partner, and I think we’ve got him. He can improvise, accelerates out of his breaks like he’s running over a Mario Kart boost pad, and he’s got a release to die for. Go ahead and give your rose to Jerry Jeudy. I think you two could be very, very happy together. The Jets could really do with adding another tackle with the #11 overall pick, but if Joe Douglas decides to go in another direction, Jerry Jeudy should be the pick. He and Darnold are perfectly compatible, and would bring the best out each other for years to come.