Big Mo needs to be a big factor again 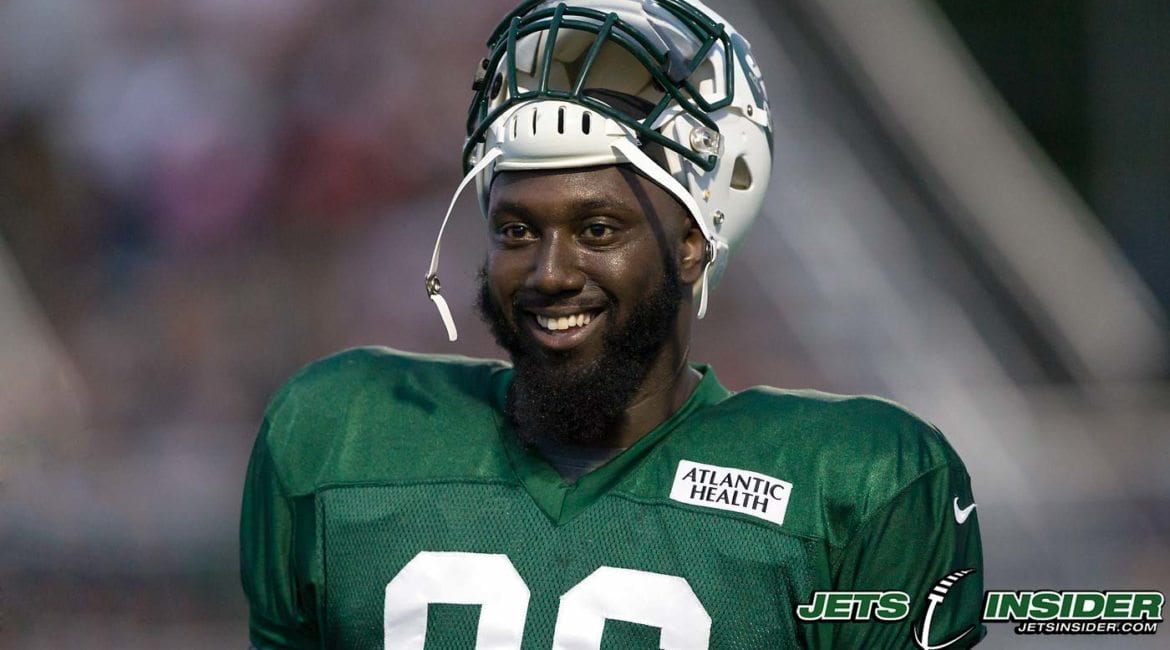 Florham Park, NJ – There was a time on One Jets Drive when Muhammad Wilkerson represented the future of the New York Jets. He was a bright light in a dark tunnel. Combined with Damon Harrison and Sheldon Richardson, the defensive line was the green and white’s bread and butter. Throw in Leonard Williams and opponents feared running the ball. Quarterbacks understood they didn’t have much time in the pocket.

Fast-forward to today; Harrison is gone and Richardson was exiled to Seattle. Williams continues to dominate but the Jets’ $86 million man, Wilkerson, hasn’t been what management, fans or even he wanted. Yes, it’s early. But, after a down year in 2016, a season Wilkerson compiled two sacks in, the defensive lineman needs a strong start and finish in 2017 to restore confidence.

Confidence is at an all-time low. Buffalo RB LeSean McCoy ran down the Jets’ throats, totaling 110 yards on 22 carries in the season opener. Two combined tackles for New York’s highest-paid player won’t cut it and he knows it.

“Our room, we take a lot of pressure. Coach even called us out,” Wilkerson told the NY Daily News. “We take pride in ourselves and our work, and we definitely accepted the challenge and know we got to play better this week.”

The unit has no choice. With rumors swirling about Wilkerson’s uncertain future if he has another down season, he has a lot to prove with everything to gain.

New York made the decision to sign Wilkerson to the five-year, $86 million mega-deal a year ago rather than keep Harrison, who bolted across the stadium to the Giants, and keep Richardson, recently swapped for Jermaine Kearse. You can speculate all you want on if it was the correct move or not. Regardless, the man was going to be paid one way or another. What’s done is done. Wilkerson at full speed and full strength is tough to stop. That was Mike Maccagnan’s logic behind the deal.

With that said, this isn’t an article pleading for Wilkerson’s head nor is it a claim the defensive end mails it in more than he delivers. We’ve seen Wilkerson play. Can he be better? He can and he’ll be the first to admit it. However, to say this veteran Pro-Bowler doesn’t care anymore is blatant lie.

He has made strides in the right direction after off-season leg surgery between the 2015 and 2016 seasons. A faulty ankle hobbled him in 2016 that some suggest was faked. He’s been late to meetings and skipped a birthday celebration. He’s not perfect. Nobody is. But if you call yourself a Sheldon Richardson apologist after the legal issues he’s faced, this should be easy for you.

Wilkerson seems like a changed man despite one quiet season opening game. He seems like more of a vocal leader on the field and put last year’s issues in the rearview mirror. He’s maturing not just because he had too but also because he wanted to. During training camp, several times, Wilkerson brought his teammates together in the middle of the field to demand better effort. It’s time to appreciate the work Wilkerson has put on the field. The results will come.

Let’s also put another story to bed. Cutting Wilkerson isn’t the answer either.

Although his contract takes up over 17 percent of the cap in 2018, the team would have $9 million in dead cap to suffer through if he is cut after June 1. If the Jets believed that cutting Wilkerson is a must, they would save $6 million by cutting him before that deadline ($3 million in dead money).

In case you were wondering, dead money is not good, regardless of the amount.

Let Wilkerson prove critics wrong in 2017. While he was virtually invisible in Buffalo, he took Todd Bowles’ call-out during the week of review and practice as a challenge. Let’s see how he responds. If you don’t see a changed man with a better attitude by season’s end, I’ll stand corrected. But, it’s time to stop beating a dead horse by calling this veteran out. He still has the wherewithal to be one of the best defensive linemen to play the game. If the Jets want to expedite the rebuild process despite many issues, it starts with Wilkerson. He’s being paid as the franchise cornerstone.

He’s got a major challenge on Sunday when he lines up against Marshawn Lynch and a physical Raiders front. It’s time for Big Mo to be a big factor once again and make the contract worthwhile.