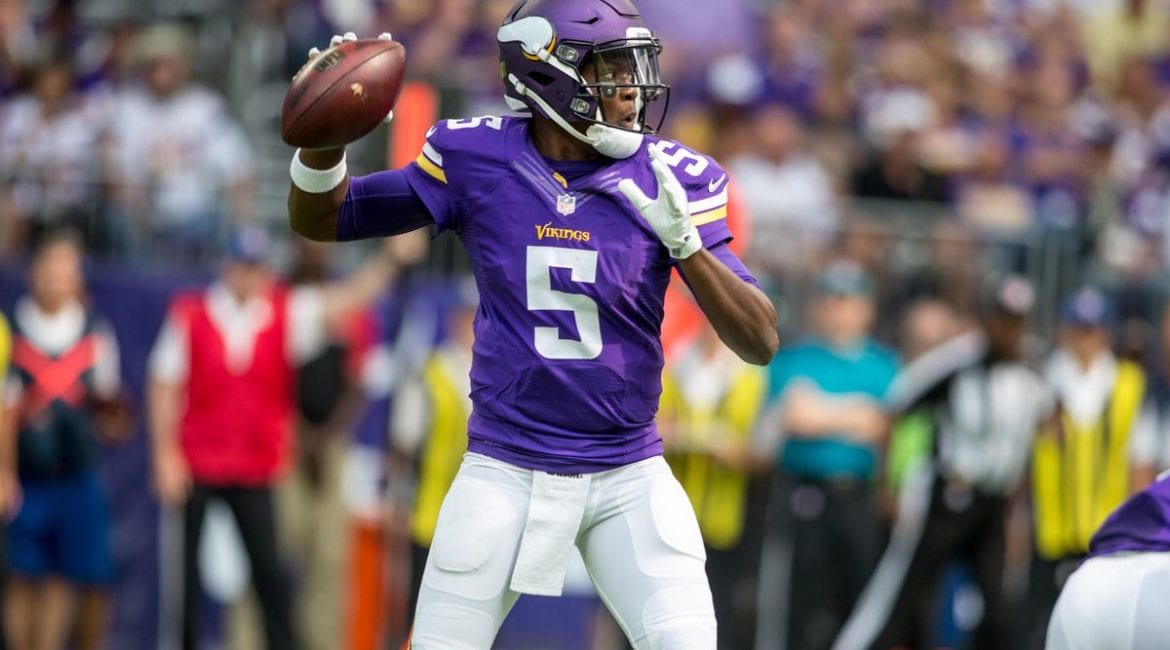 For the second time today the New York Jets have signed a quarterback, first Josh McCown and now Teddy Bridgewater.

That injury caused Bridgewater to miss the entire 2016 season and aside from what amounted to extra practice in the Vikings final regular season game pretty much all of the 2017 season as well. Bridgewater doesn’t have the strongest arm, but he’s a smart, competent quarterback that can lead a strong offense to wins. He’s not going to take over a game by himself, but he will make proper reads and settle for check downs while not shying away too much from pushing the ball downfield if there’s a play to be made. That is, of course, if he can stay healthy.

The Jets have reportedly told McCown that he will enter training camp as the starter, but if Bridgewater is healthy and stays healthy he can absolutely outperform McCown and win the job. However, complicating matters for both Bridgewater and McCown is the fact that the Jets will most likely still be adding another quarterback to the competition.

Both McCown and Bridgewater only signed one-year deals so there’s no guarantee either of them will be on the roster next year, so you should still expect to see the Jets draft a quarterback in the first-round in this year’s draft. You can also expect Bryce Petty and Christian Hackenberg to be looking for work elsewhere by the time the season starts.