JetsInsider.com > News > Blogs > Zach Wilson is Living in ‘the Process’

Zach Wilson is Living in ‘the Process’ 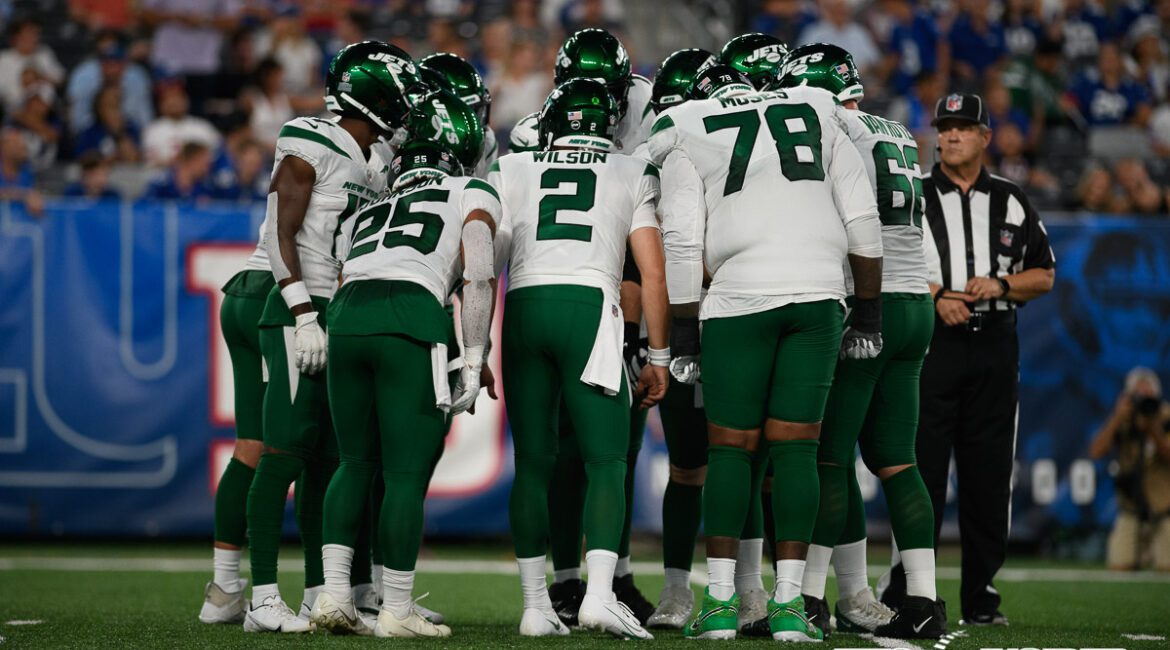 After the Jets’ second preseason game, a 23-14 victory against the Packers, all anyone could talk about was Quarterback Zach Wilson. The rookie completed 9-of-11 passes for 128 yards and two touchdowns, both to tight end Tyler Kroft, and had a 154.7 passer rating. Wilson was quick and decisive when playing within structure, and showed off the traits that garnered comparison to Aaron Rodgers when he scrambled and found Corey Davis for a 27-yard completion on the sideline. It was another impressive performance for the rookie, who has converted 5-of-7 third down conversions and 191 total passing yards in six preseason drives.

But even with this positive performance, it is evident that Wilson’s coaches and Wilson himself view it as another stepping stone in the development process. Robert Saleh said post-game that Wilson had “good command” of the offense. “He’s progressing, and just like his bad days, this was a good day and it’s just another day. he’s got to continue to to stack up and take the good with the bad and find ways to get better,” said Saleh. Saleh also explained that Wilson is “light-years” ahead of where a normal rookie’s process would be.

Wilson echoed Saleh’s sentiment post-game, saying his performance is “part of the process” and that he is trying to learn from everything. “I think it goes back to the joint practices, too. How can we just keep building off those, good or bad, out here on the field as well? How can we just keep getting better and learning from, even the good plays,” said Wilson.

While focusing on his development process in games, Wilson has shown an aptitude for learning as much as possible and developing strong rapports with his receivers during practices. One main opportunity arose during this week’s joint practices with Green Bay, as Wilson got to learn from perennial All-Pro quarterback Aaron Rodgers. Wilson said that he got advice from Rodgers about his footwork and picked up on how calm Rodgers was during the two-minute drill. “It’s cool to ask him about footwork, what’s going on on the field, what he’s seeing. If I could spend more time with him and just keep asking questions, I would,” said Wilson.

After the Jets-Packers matchup, Wilson also said how he discussed when to go off-script during games. “He hit it right on the head of just like, it’s going to come natural and it’s not something you can really work on. It’s what makes you as a football player,” said Wilson. The quarterback said the conversations and advice from Rodgers, “means the world to me.”

Wilson has also taken a liking to reviewing defensive film, as he has asked questions to Saleh about the differences between the NFL and college regarding coverages. “I just wanted to know like, “Hey, what are these guys thinking. if we throw these things at them, how are they playing it?’ It’s just like adapting to the NFL game and I just love talking ball and he’s got some great insight, super smart guy,” said Wilson.

In addition to the mental and mechanical side of the game, Wilson has forged a strong connection with both Elijah Moore and Corey Davis during practices and games. While his connection with Moore was the subject of multiple highlight reel plays in the beginning of camp, Wilson has forged an even stronger connection with Davis while Moore has dealt with an injured quad. The quarterback stated Davis is a “huge” value to him and the offense. “He’s a great player. I really have a lot of trust in him and all his one-on-one routes where he’s going to get open. And I hope he has trust that I’m going to get him the ball,” said Wilson.

Davis said Wilson has “made a lot of huge strides” in the last two weeks and that the offense has progressed as well. Davis also explained that Wilson has been very accurate throwing the ball and that he is “getting open and creating a lot more space to make it a little bit easier” for Wilson.

For a quarterback many regarded as a top-tier prospect, Zach Wilson is on the right path to fulfill his number two overall draft status. Wilson’s work ethic and desire to learn has correlated to success in the preseason, and his commitment to the learning process has shown a player that refuses to rest on his abilities. For a franchise reeling from the Sam Darnold years, fans have latched onto Zach Wilson as the new hope for the franchise. If he can continue to be poised, determined, and successful as player, Wilson has the opportunity and potential to be the Jets’ guy for many years to come.