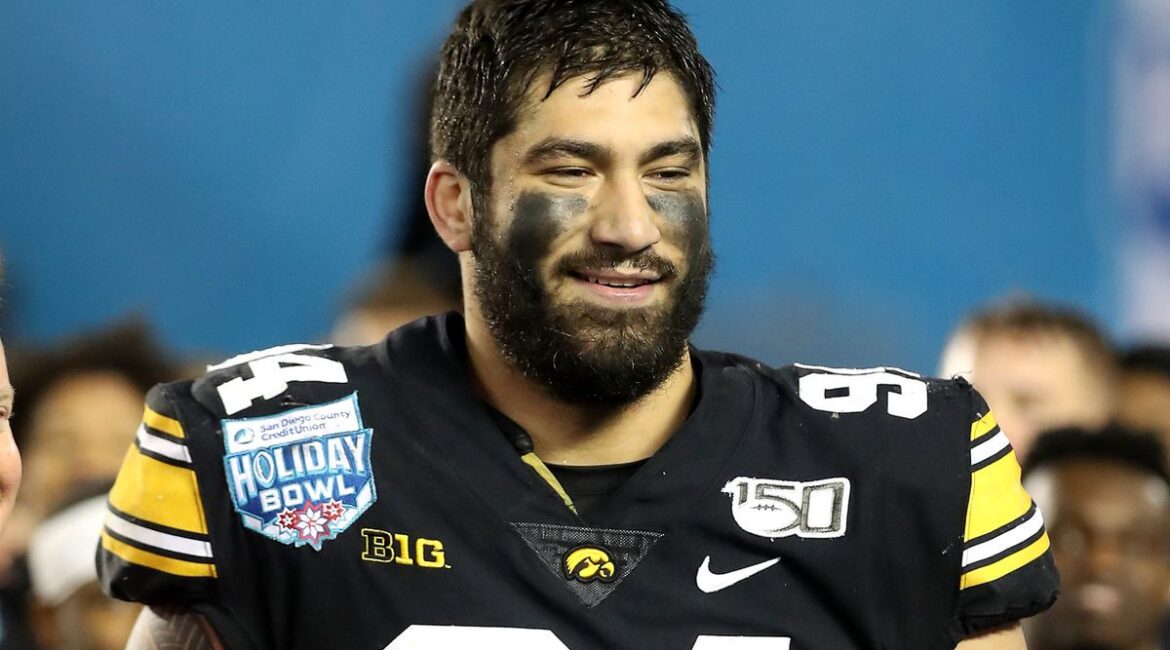 With the draft in the rear-view, let’s take a look at some of the most notable moves made by the Jets’ AFC East rivals.

Epenesa had first-round talent, but his tweener size made him an unsure fit for most teams. He should be able to kick inside for Buffalo and bring a high-floor level of impact.

There will not be many targets available for Hodgins this year with Stefon Diggs, John Brown, and Cole Beasley topping the depth chart, but Hodgins could be a name to watch out for down the line. Still only 21 years old (22 in October), Hodgins caught 86 passes for 1,171 yards and 11 touchdowns as a junior. His 6’4″ frame could make him the big-bodied red zone threat Buffalo is missing.

Over 504 snaps in coverage for the Tigers this past season, Igbinoghene allowed only 6.3 yards per target and two touchdowns. He is an excellent run defender, with a missed tackle rate of 11.2% that is strong for a cornerback. Igbinoghene should be an instant boost for a Miami secondary that allowed a league-high 39 passing touchdowns on a league-worst 7.2% rate this past season.

Weaver ranked ninth in the nation with 59 pressures in 2019. His lack of athleticism is worrisome, as is the level of competition he racked up his production against, but he was flat-out dominant throughout all three of seasons in the Mountain West Conference. With some time to adjust, Weaver could help revive a Dolphins pass-rush that posted a league-worst 4.0% sack rate in 2019.

The tight end group was thin in this year’s draft, but the Patriots got themselves a high-floor contributor with the 91st overall pick in Asiasi. He has NFL-ready hands, with only one drop compared to 44 receptions in 2019 (2.2% drop rate). He is a rock-solid blocker and also tied for seventh among tight ends nation-wide with nine contested catches. He is far from the next Gronk, but Asiasi should be able to come right in and provide a safety-blanket target for whoever is under center in addition to quality hole-carving in the run game.

Scouts are unsure whether Uche is an edge rusher or linebacker at the next level. He produced tremendously as a pass-rusher for Michigan, ranking 11th among the nation’s edge defenders with a 17.1% pressure rate, but much of his production came as a blitzer between the A-gaps. At 6’1″, 245 pounds, Uche also may be a little small for the edge.

All of these questions make New England the perfect place for Uche. The Patriots love to rotate their linebackers all over the place; dropping them into coverage, blitzing them from any imaginable alignment, and rushing them off the edge. Picture Kyle Van Noy. He was an effective do-it-all linebacker for three seasons after coming over from Detroit, and then transitioned to a more regular role on the edge in 2019, producing well enough to earn a huge contract from Miami. Uche can be used similarly. It may take a year for him to adapt to his role in New England, but once Uche gets his feet wet, his play-making ability should shine under Bill Belichick.


Jets Falcons Live Blog Direct From The Meadowlands,Made It Here In One Piece,Week One Observations,Learning From Big Brother,Why Brett Favre Should Not Become A Jet,Jets Dolphins Air It Out In Jets 31 23 Victory,Three Observations Day Six,Game Preview Jets 6 7 Vs Panthers 9 4,Mourning After Report,Early Practice Notes 2