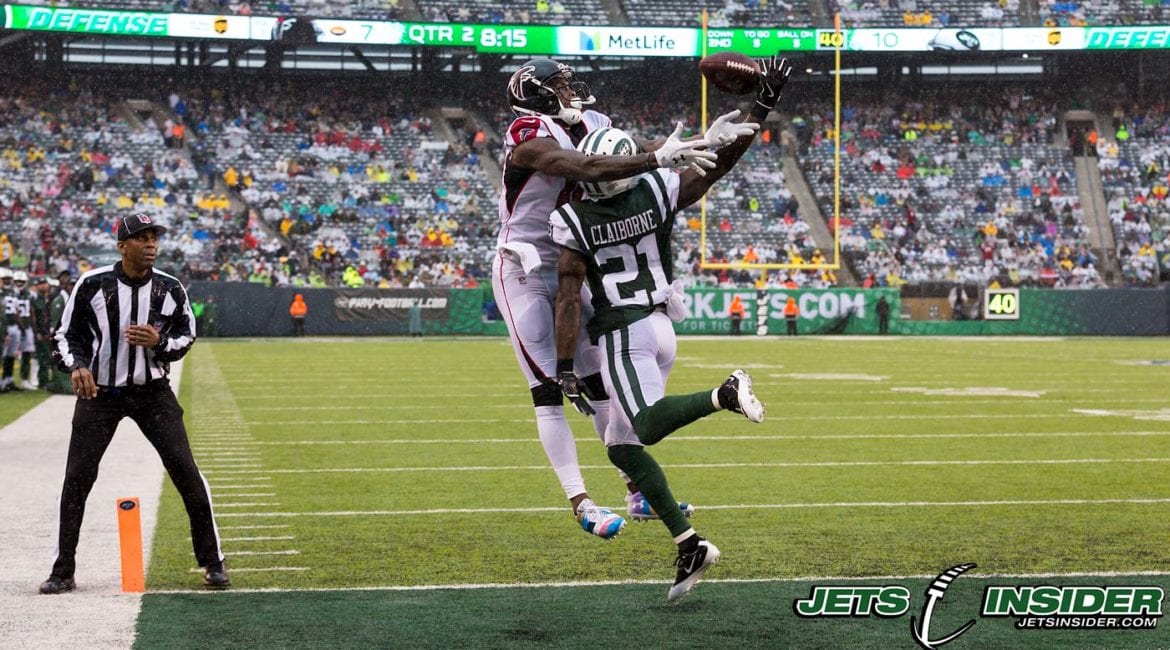 When it comes to talking about Morris Claiborne, New York Jets head coach Todd Bowles has a smile on his face from ear to ear. And why not? His team took a flyer on the young but injury-stricken cornerback and it has paid its dividends. After years off subpar secondary play, the Jets finally found a player that could be relied heavily on to lock down an opponent’s top receiver.

Did the corner’s performance or anything about him surprise you, Todd?

“Nothing really surprises me,” the head coach said on Friday. “He’s a pro. He comes to play every week. He’s been great (for the personality and culture of the locker room.”

Claiborne’s statistics doesn’t fully embody the impact he has on the entire team. He’s been a mentor to the other corners as well as younger members of the team’s secondary. Sure, one interception and seven passes defended is solid but some could argue the former Cowboy has done an admirable job against some of the best receivers in the league.

Flashback nearly five weeks ago. For two-and-a-half quarters against the Atlanta Falcons, Claiborne blanketed one of the most prolific receivers in the game – from sideline to sideline – and made the wideout a virtual non-factor. Claiborne’s impact was felt after he left the game with a foot injury. Jones would go off against the Jets secondary and put the dagger in their heart back on October 25.

Since then, the Jets corner has been a pleasant story.

“He has worked hard,” Bowles said. “He’s had some freak injuries but we’re just happy he’s healthy. He keeps grinding. He loves to play every week. He’s played solid football. Obviously, he’s missed a couple of ballgames but when he’s out there, he’s playing solid football. We’re happy to have him.”

By season’s end, Claiborne will likely be a candidate for The Gerry Eskenazi award, given to the player who the media believes to be the best “good-guy” on the team. He answers the tough questions. He has a smile on his face. His personality is infectious, clearly. Another competitor could be Josh McCown, who opened the door and directed the media to the locker room respectfully on Friday in Florham Park, but that’s beside the point.

“(Caliborne’s) got a very colorful personality,” his head coach said. “He’s probably one of my favorite people.”

Bowles doesn’t say much to the media. That much is known. The fact that he admitted Claiborne as one of his “favorites” speaks to the relationship the coach has with the corner. When asked why, Bowles cited the list would be too much to go into in a short period of time.

The media told the cornerback about the comments his coach said earlier in the day. Claiborne simply laughed it off. But, he wasn’t shy to return the favor.

“I have no idea (as to why he’s a favorite). I just be myself, don’t be too high, don’t be too down, always an even type of guy, always have a smile,” the cornerback said. “I guess his personality and my personality just match.”

Mo, how would you describe your coach’s personality?

“He’s an outgoing guy. He’s a straight-shooter,” he said with a laugh.

Claiborne is an unrestricted free agent after this season. This year has shown the former first rounder’s ability when healthy. You best believe the Jets would love to have him back for 2018 and beyond. We already know one man in his corner to sign him back will be his current head coach.