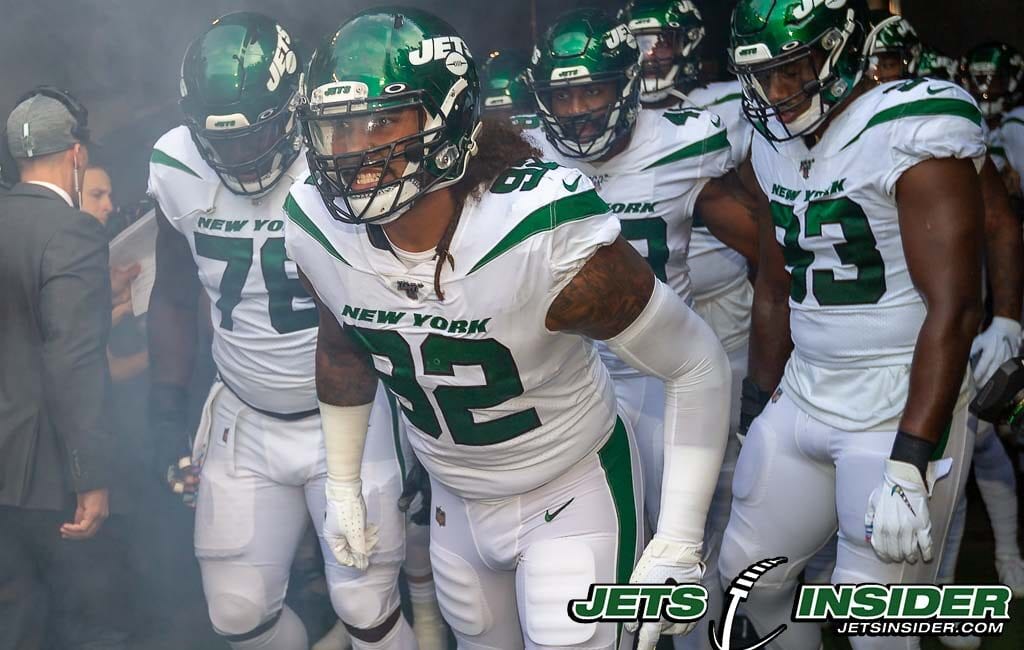 What a difference a quarterback makes. Specifically what a difference Sam Darnold makes. This is what fans spent all offseason being excited about. This is what us reporters spent all training camp telling you fans you should be excited about. This is exactly what fans have been hoping and praying for, a legit NFL starting quarterback who can inspire and elevate the entire team.

Adam Gase was deserving of some of the criticism he received over the first four games, but it was never fair to act like he should have won games with Luke Falk as his starting quarterback. Or that he had any chance to win any games with Falk. What is fair, is to judge him based on his work with Darnold and yesterday those two did exceptional work together. Gase called a hell of a game, most importantly he called an aggressive game.

The biggest criticism of Gase since his time in Miami was that he always seemed scared to open up his offense. He too often refused to be aggressive, he was much too happy to play it safe and wait for the most ideal scenario to present itself before taking a shot. His defense of this was always that he was handcuffed by what his players could, and couldn’t do, yesterday was a big ol’ feather in the cap of that argument. Now, yesterday was just one game, so we’re going to need to see a lot more of this before being completely convinced the Jets got it right with the Gase hire, but yesterday was a damn good start.

Gase and Gregg Williams both called great games and did an excellent job of having their players prepared. They are both deserving of game balls themselves, but these game balls are about the players that executed, and there’s plenty of them to choose from.

Sam Darnold – We start with the obvious. From his first snap, a play-action pass to to Demaryius Thomas, to hitting Jamison Crowder with a beautiful tear-drop pass on a wheel route, to the touchdown to Ryan Griffin, thrown with impressive anticipation to the 92 yard touchdown pass to Robby Anderson, Darnold was exceptional all game long. He played a near perfect game, he just barely missed his mark on a couple of passes and threw one red zone interception, that looked like a miscommunication with Crowder, but otherwise he was damn near perfect.

23-32 for 338 yards, two touchdowns and one interception at 10.6 yards per attempt and a quarterback rating of 114. Darnold spread the ball all over the field, to multiple targets and moved so well in the pocket that he was able to mask the flaws on the offensive line. Darnold was able to buy time, sidestep when necessary, climb the pocket when needed and get the ball out with precise timing and accuracy. This is what leads so many to believe he can be a special quarterback in this league. A healthy Sam Darnold makes this team a threat every week because of his ability as a playmaker.

Robby Anderson – On Friday Gase was asked about the lack of opportunities for Anderson in the passing game and Gase went out of his way to absolve the receiver of any blame.

Yesterday, Darnold was able to hit on said opportunities. Five times Darnold was able to find an open Anderson for a total of 125 yards and a touchdown. Sure, 92 of those yards came on one game-breaking play. Four catches for 33 yards is easy to write off as one big play skewing the numbers but those other catches came in important moments that helped extend drives. Plus, that’s what makes Anderson such a dangerous player, all he needs is one chance, one play, one opportunity to change the game. The threat of Anderson deep will be something opposing defenses have to take seriously again which in turn will open up plenty more underneath.

Folorunso Fatukasi – This game ball could really go to the entire defensive line. Leonard Williams, Quinnen Williams, Steve McLendon, Kyle Phillips and Tarell Basham all played very well. Leonard Williams and Quinnen Williams made impact plays, the line took turns delivering shots to Dak Prescott and did enough to slow down Ezekiel Elliot and the ground game when it mattered most.

Quinnen made a spectacular play on the fourth-and-two play near the goal-line to stop Prescott short of a first down. The Jets took over and immediately hit the 92 yard touchdown pass to Robby Anderson. Leonard was extremely active, rushing Prescott on his throws and punishing him for daring to drop back. But it was Fatukasi that stood out the most. He was the most disruptive player on that line and a big reason why the Jets were able to get their first win.

Jamal Adams – The return of Darnold gave new life and energy to this entire team, the defense played inspired and Jamal Adams turned in his best performance of the season. Adams has played perfectly fine this season, but yesterday was the first game of the year where his impact was felt throughout the entire game.

Marcus Maye deserves plenty of credit as well, he made a handful of big plays, many of them a tag-team effort with Adams. On the Cowboys two-point conversion attempt at the end of the game, Adams perfectly executed the blitz to force Prescott to throw quick and off target and Maye was there to box out Jason Witten and ensure the incompletion.

But Adams was flying all over the field, making plays in the middle of the field, in the backfield and in the secondary. It was his most active game of the season and exactly what we’ve come to expect of the talented safety.

With the Patriots up next on the schedule the Jets will obviously have their work cut out for them, but after that the schedule opens up and you can expect to see far more performances like yesterday. This Jets team, with a healthy Darnold, still has flaws and holes in the roster, but as long as Darnold is taking the snaps this team is much better than the first four weeks of the season showed.