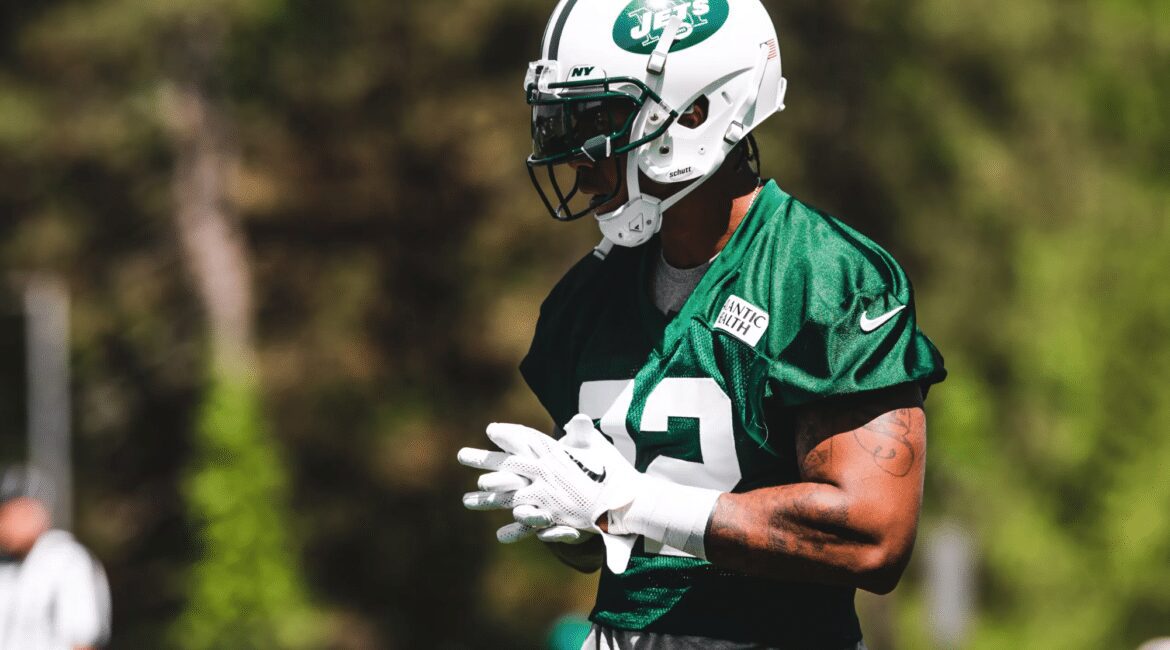 Florham Park, NJ – After a disappointing loss in Washington, there are still some unanswered questions facing this Jet team that better get answered quick. The Jets got back to work today to right the ship. One of the key areas that needs to be addressed is the offensive line which committed numerous penalties and allowed four sacks.

In today’s practice, the offensive line had a lukewarm day.

Good: The first stringers consisted of Brent Qvale, James Carpenter, Spencer Long, Brian Winters, and Brandon Shell who looked terrific during passing plays. They were able to handle the defensive pressure and the pass rush, giving the quarterbacks enough time to make throws. On two separate plays, offensive linemen Dakota Dozier and Antonio Garcia were able to block linebacker Frankie Luvu after he rushed passed the offensive line and had his sights on sacking Teddy Bridgewater. The defense only managed one sack which came from none other than Nathan Shepherd.

Bad: When it came to running the ball, they looked out of synch, failing multiple times to create holes for the running backs. As a result, little to no gains were achieved with running backs being swallowed up quickly at the line of scrimmage, especially runs up the middle. Of course the Jet’s rushing defense which has looked solid might have something to do with that. The offensive line had better success with outside runs along the sidelines with George Atkinson scoring twice. Three penalties were called on the offensive line today. Overall, the offensive line needs to get healthy, step up and show major improvement before Friday’s game against the Giants.

Secondary Struggles Against The Pass

In last Thursday’s game against Washington, the secondary struggled against the pass giving up 246 yards through the air. On the first series of the game, Alex Smith was able to drive down the field, methodically picking apart the Jets secondary. Today in practice, cornerbacks participated in a one-on-one drill with wide receivers, breaking up passes. The drill lasted for 10 minutes and needless to say, the wide receivers came out as the winners. The cornerbacks struggled overall, especially on outs and curls. The majority of incompletions were either due to overthrown balls or drops from the receivers. Rashard Robinson was able to come up with the only interception in the drill.

During 11-on-11s, the secondary, as a whole, struggled in coverage. Cornerbacks, as well as linebackers, had a hard time defending plays because they were playing too far off their receivers. Safeties also struggled defending deep passes with receivers just one step ahead down the field. On one play, Quincy Enunwa ran straight for the end zone blowing past linebacker Neville Hewitt and then safety Doug Middleton; both defenders chased Enunwa into the end zone after his catch. Receivers would consistently gain additional yardage after the catch as cornerbacks had difficulty wrapping up and tackling receivers. Atkinson made a catch at the 35-yard-line, broke free from Morris Claiborne’s tackle, and scored a touchdown. Despite their early struggles, the secondary looked better later in the day, earning five pass defended and blanket coverage on receivers going deep.

JetsInsider was able to catch up with cornerback Buster Skrine after practice today. Skrine knows how difficult it is to cover the Jets wide receiving corps stating, “They’re a great group of receivers that protect the ball and we got a good look at that today.” Skrine knows there is room for improvement and growth and said he is not worried for Friday’s game since the team “only has given up some yardage but not a touchdown.” Perhaps this “bend but not break” defense can hold teams to field goals.

Cairo Santos and Taylor Bertolet are in a competition for the kicker position on the team. Santos, who many would say was the frontrunner to win, has been in the NFL since 2014 and has proven that he can hold the position making 90 out of 104 field goals with his longest being a 54 yarder. However, Bertolet has yet to play in a regular season NFL game after two off season stints with the Denver Broncos and the Los Angeles Rams. Santos has not played in either preseason game and did not participate in today’s practice, but was present. Bertolet has made three out of three field goals in preseason games with the longest being 45 yards. In practice today, Bertolet made five out of eight field goals on his own during warm-ups, missing three 50 yarders and kicking one ball over the net and into the parking lot. With the whole special teams unit present, he finished five for five making 35, 40, 50, 52, and 55 yard field goals.

Special Teams Coordinator, Brant Boyer, had nothing but praise for Bertolet saying “his kickoff leg is outstanding and he’s done everything we have asked him to do. He’s done a hell of a job.” There is no update on when Santos will return.

Side Notes:
Offensive lineman Jonotthan Harrison suffered a leg injury and limped off the field at the beginning of the day. He returned later and participated in practice. Cornerback Trumaine Johnson returned to the field today after sitting out the last two days.