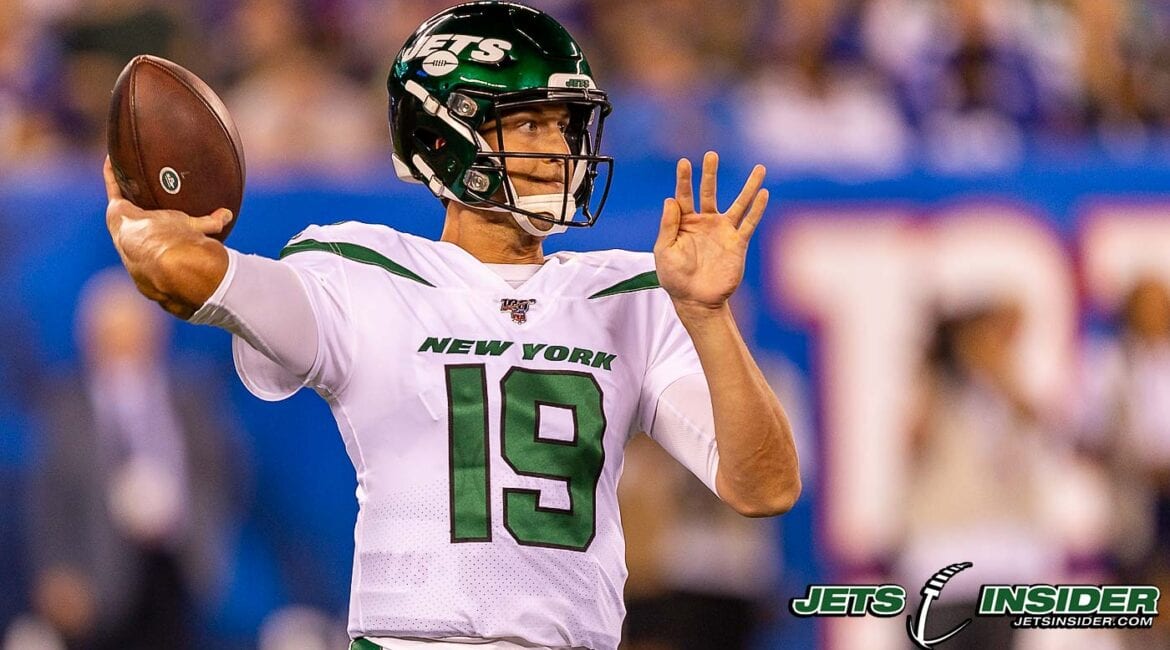 All that excitement about the season before last week’s game has abruptly disappeared into the ether. It’s almost impossible to believe there was so much hope just over a week ago, it’s even harder to believe so many things could fall apart in so many different ways in such a short amount of time.

The Jets blew a 16-0 lead and lost to the Bills, Quincy Enunwa is out for the season, and possibly his career, with another neck injury, Sam Darnold gets mono and C.J. Mosley and Quinnen Williams will both miss tonight’s game against the Browns. That’s one big giant mess of things Jets fans did not want to hear, but here we are. On top of all of that the Browns, reeling from an ugly loss of their own last week, come into town looking to exact their revenge on Gregg Williams. Tonight’s game could very well get ugly, but it’ll damn sure be entertaining at least at first.

Limit Browns receivers somehow – Odell Beckham Jr and Jarvis Landry should give this Jets cornerback group all types of trouble. Trumaine Johnson and Daryl Roberts both looked awful against the Bills last week and their task this week is far more daunting. The corners have to hope that the defensive line can be so disruptive that Mayfield can’t get in a rhythm and have enough time to find his dynamic receivers, but the Jets can’t bank on that on every play. Gregg Williams will have to dial up some exotic blitzes but he will also have to come up with some creative coverage schemes. Beckham must see bracket coverage on every route he runs.

Simplify offense without being overly conservative – How much did having mono impact the way the Jets offense and Darnold played last week? We won’t ever know the exact answer but regardless the offense was far too conservative. You can’t win games in the NFL by playing it safe against good defenses unless you have an elite defense yourself and with this cornerback group the Jets defense is far away from elite. The Jets must simplify the offense by running it through Le’Veon Bell. Run the ball with him, use him more in the passing game and get him and Ty Montgomery on the field at the same time more than just five plays. Drags, Crossers, screens, roll Trevor Siemian out and get the ball out quick, but do not constantly run the ball for two yards on second-and-long. Siemian won’t be able to beat the Browns deep consistently but they have to take their shots, Robby Anderson also needs to run more intermediate routes and the offense needs to act with urgency and purpose.

The Jets best chance of winning this game is the Browns self-destructing and beating themselves with penalties. The Browns were penalized 18 times for a total of 182 yards against the Titans last week and they lost the game because of said penalties. They had five personal foul penalties in the first half alone, they constantly ruined drives by being penalized and would constantly give the Titans offense a new set of downs when they should have been getting the ball back. The Browns played extremely undisciplined football last week and those types of things don’t tend to just vanish in a week. Maybe the Jets try to bait the Browns and lay traps to set them off, maybe the Browns set themselves off, either way this is the best way for the Jets to close the talent gap and emerge victorious in an ugly game.

Rb Romar Morris Ready For Competition,Jetsinsider Com Welcomes Jane Mcmanus,Rex Mornhigweg See Improvement In Geno,You Have Questions I Have Answers,Tomorrows Green And White Practice A Welcomed Event For Coaches And Players,Joint Camp Day Three Darnold Continues To Impress,Jets Have Offensive Weapons Its Time To Use Them,Ed Reed A Welcome Addition To The Jets Locker Room,Take It Personal,Aaron Maybin Just A Maybe After All