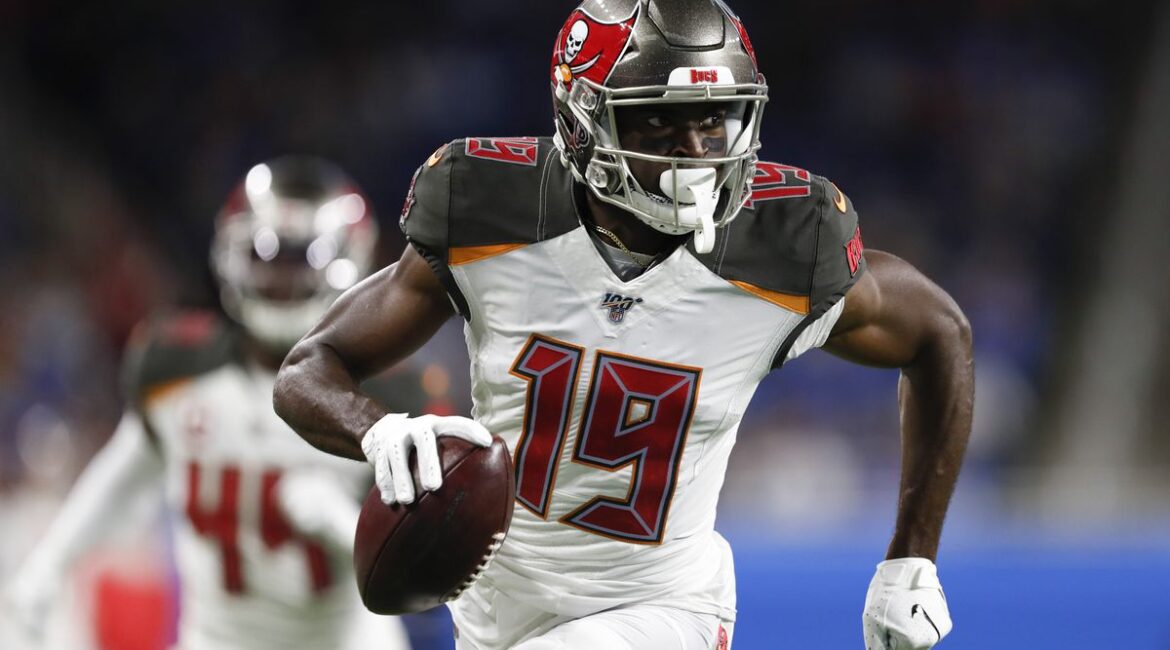 Desir was a very solid pickup for Joe Douglas. Cut by the Colts a few days into the opening of the league year, Desir quickly landed with the Jets.

Gregg Williams’ defense needed a veteran starter to rely upon at outside cornerback. Blessuan Austin and Arthur Maulet had strong finishes to 2019, but neither is a sure thing going forward. Desir, who turns 30 in December, gives the Jets a relatively average starter that can hold a spot down for one season or until someone proves worthy of taking his spot.

Desir had a rough 2019 season, but he battled a nagging hamstring injury throughout the majority of it. In 2018, his first season as a full-time starter, Desir stayed fully healthy and had an excellent year. If the Jets can get the 2018 version of Desir, they will be more than happy with this investment. Grade: B+

Once Robby Anderson went off the market, Perriman was easily the best option available. Perriman ranked second among wide receivers in receiving yards and tied for first in touchdowns over five games in the month of December. He is a worthy roll of the dice on a one-year deal.

If Perriman can extrapolate what he did in December over a full season, the Jets will have themselves the steal of free agency. That’s unlikely, though. December was a major outlier for Perriman, who had never even caught five passes in a game over 46 appearances prior to that month. He picked nearly a third of his career receiving yards during a stretch that accounts for about 10 percent of his career games played.

Anderson at two years, $20 million (even with a $12 million hit in year one) is certainly a better value than Perriman on the deal he received from the Jets. Letting Anderson walk is a separate decision, though. Getting Perriman was the best thing the Jets could have done once they decided to move on from Anderson, so they deserve applause for bringing him in. Now, we have to wait and see which version of Perriman shows up in New York – the one that averaged 23 receiving yards per game over his first 46 appearances, or the one that averaged 101 over his final five. Most likely, he will fall somewhere in the middle, but closer to his valleys than his peaks. Grade: B

Burgess and Hewitt are overrated by a lot of fans and members of the media. The perception seems to be that they were outstanding in 2019, but the reality is that they were below-average as starters. With that said, they both have specific skills that make them valuable as backups. Burgess does a nice job of shooting through gaps and finishing in the run game, taking advantage of clear lanes created for him by the defensive line. Hewitt is a good special teams player and an above-average producer as a blitzer.

The duo gives the Jets some of the best linebacker depth in the league, and Douglas was able to get each player back on a team-friendly one-year deal. Grade: B+

The Onwuasor news was interesting. Having already re-signed Burgess and Hewitt, the Jets seemed to be all set at inside linebacker, but the addition of Onwuasor shakes things up a bit.

Onwuasor played about half of the defensive snaps for Baltimore over the past three years. He had a solid 2017 season (his first as a starter after seldom playing in his 2016 rookie season), followed by an exceptional 2018 season in which he thrived at an elite level in coverage and as a blitzer. With C.J. Mosley gone, Onwuasor was an every-down starter for the first time in his career over the first five games of 2019. He struggled mightily and was demoted back to a substitute role over the remainder of the season (after returning from a two-game absence due to an ankle injury).

Does the addition of Onwuasor mean the Jets are looking to move on from Avery Williamson? That would be a mistake in my mind, as Williamson is substantially better than the linebackers beneath him on the depth chart, but it is a feasible possibility.

Time will tell what the Jets plan to do with all of these inside ‘backers, but there is no questioning they are stacked with depth at that position.

Should The Jets Sign Logan Ryan,Jets Insider Thursday Team Report 4,New Jets Jerseys And Merchandise Released,Insider Wednesday Team Report 5,Washington Receives All Pro Honors,Rex Calls Out To Fans Brady And Belichick Talk Jets Style,Feely Signed,What Do The Jets Need To Fly In 09,Naming Sanchez The Starter Is A Mistake,Jets Positional Battles The Fight For The Back Of The Rb Depth Chart